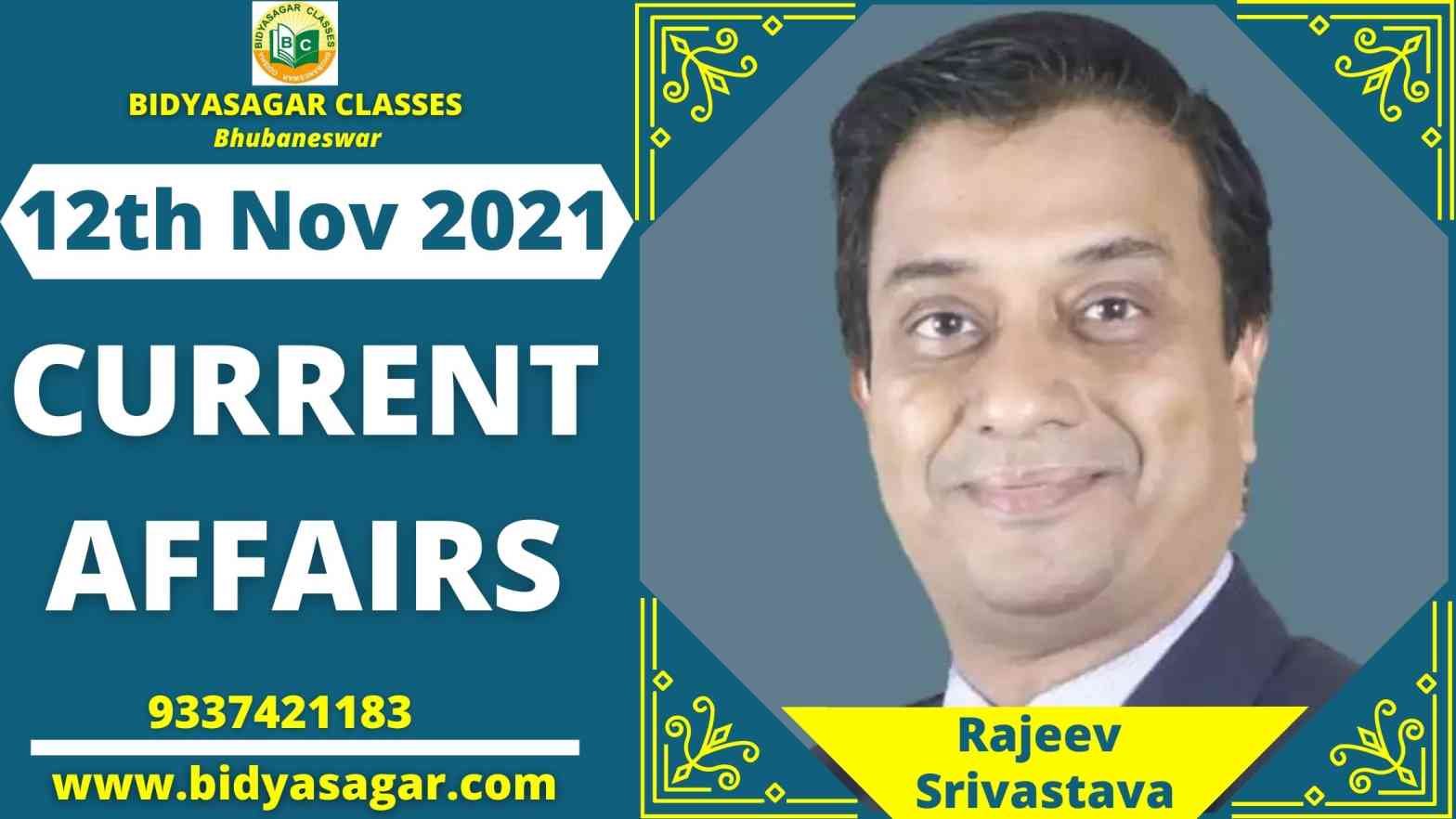 In this article, we will discuss all the important current affairs of 12th November 2021 in detail.

1. President Ramnath Kovind speaks at the 51st Conference of Governors and Lieutenant Governors in New Delhi.

2. The Odisha government has launched the ‘Rakshak’ road safety initiative.

3. The Indian-origin astronaut Raja Chari leads the Crew 3 mission to the International Space Station for SpaceX.

7. The 2021 Paris Masters was won by Novak Djokovic over Daniil Medvedev.

8. Dwayne Bravo, a West Indies all-rounder, has announced his retirement from international cricket.

9. FW de Klerk, a Nobel Laureate and former South African President, has died at the age of 85.