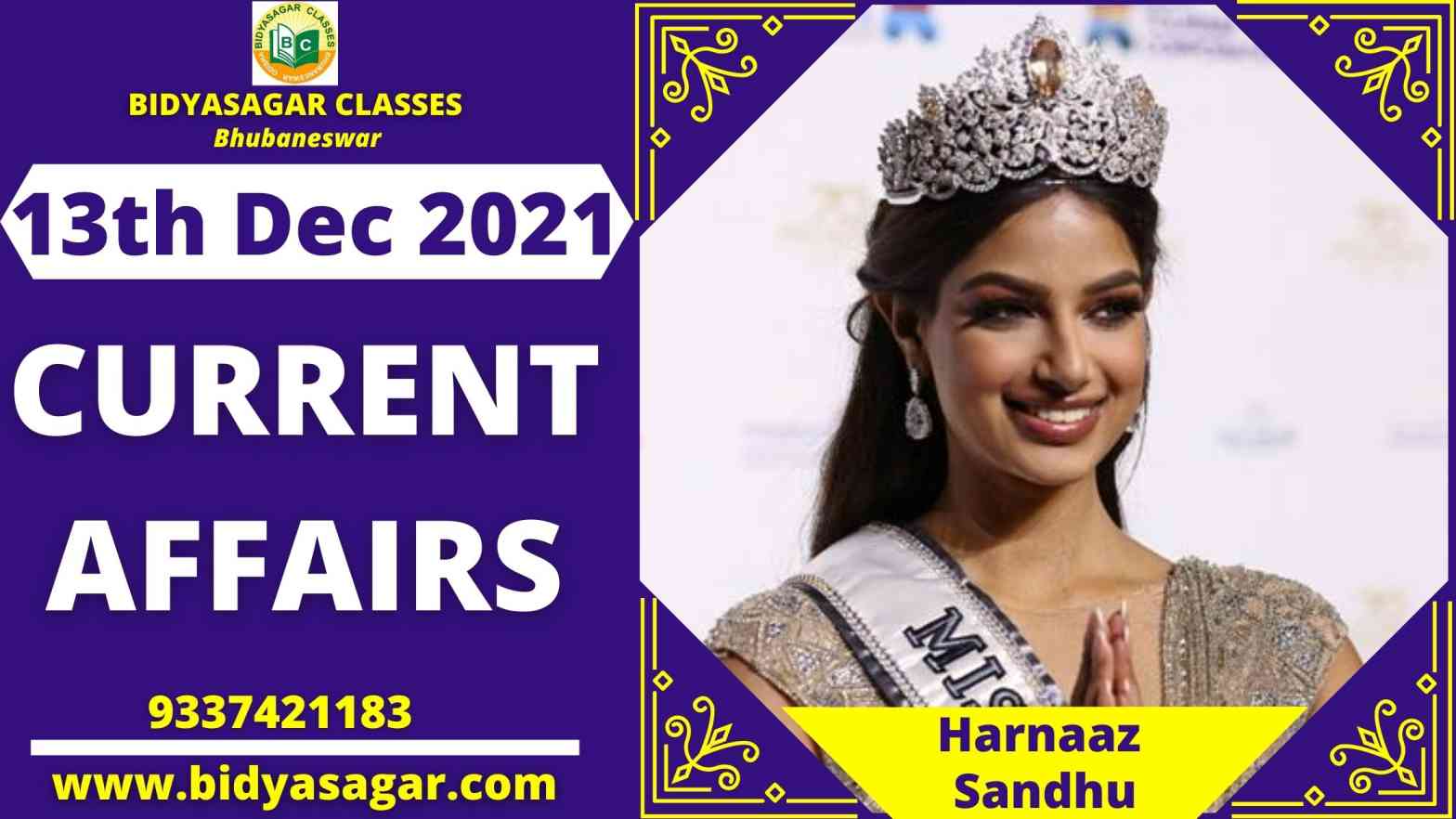 In this article, we will discuss all the important current affairs of 13th Dcember 2021 in detail.

2. As part of ‘Code-Unnati,’ Karnataka and the UNDP inked a Memorandum of Understanding to promote entrepreneurship and youth employment.

3. According to the Ministry of Road Transport and Highways, Uttar Pradesh has the most registered electric vehicles in India.

4. India is placed 66th in the Global Health Security Index for 2021, whereas the United States is ranked first.

5. India has been re-elected to the Council of the International Maritime Organization for the period 2022-2023.

6. UAE was the first country to implement a four-and-a-half-day work week.

8. Harnaaz Sandhu of India has been crowned Miss Universe 2021.

11. At the Asian Rowing Championships, India won a total of six medals.

12. Mriduala Ramesh has written a new book named “Watershed: How We Destroyed India’s Water And How We Can Save It.”

13. The International Day of Neutrality is celebrated on December 12th.