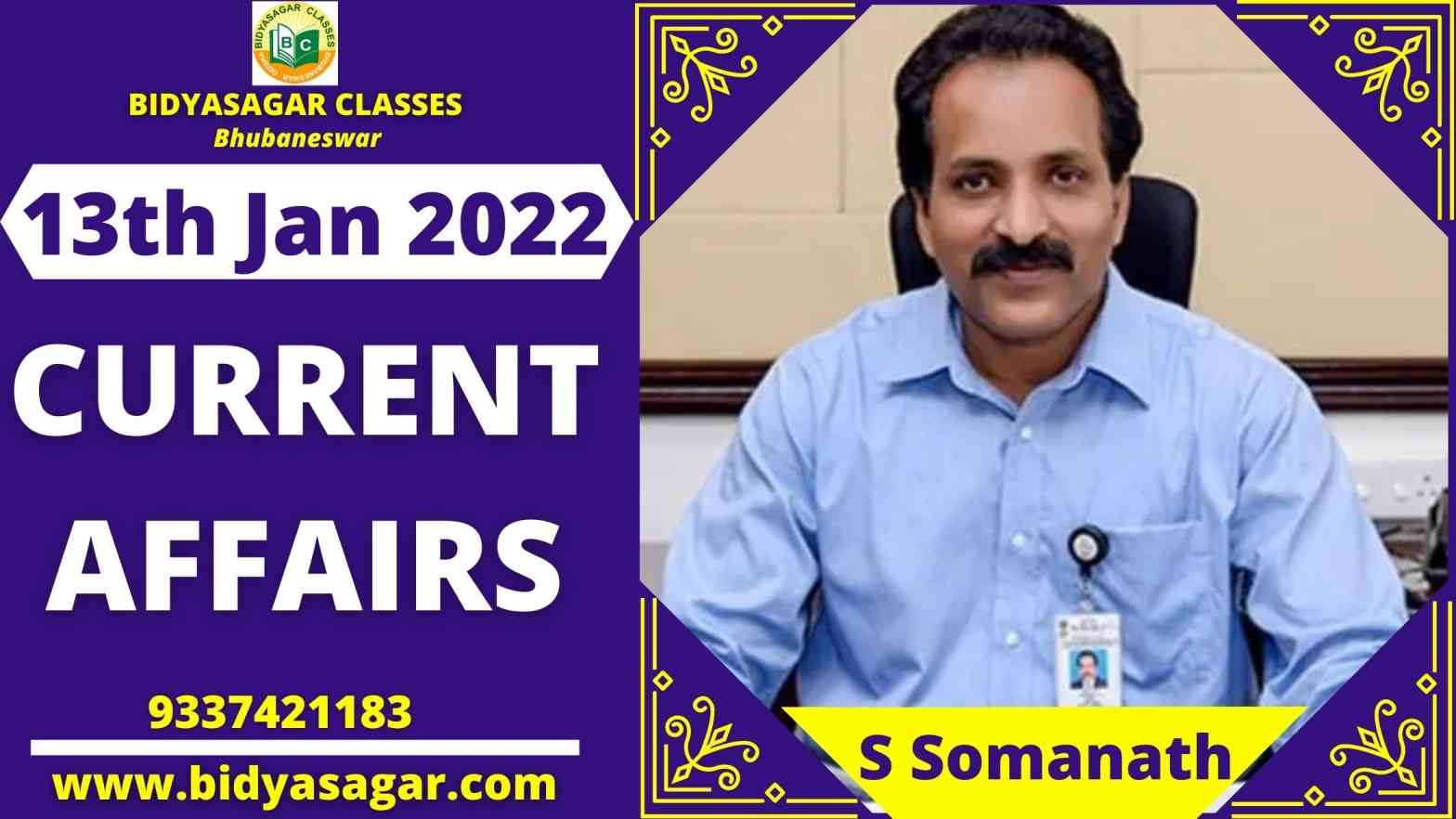 In this article, we will discuss all the important current affairs of 13th January 2022 in detail.

5. “Mission Amanat” has been started by Indian Railways to assist passengers in tracking down their misplaced things.

6. In terms of ‘On-Time Performance,’ Chennai International Airport is placed 8th in the world.

7. According to the World Economic Forum’s Global Risks Report 2022, the global economy will contract by 2.3 percent by 2024.

9. LazyPay and SBM Bank India cooperated to launch the LazyCard for Easy Credit.

10. For biometric-based financial payments, Axis Bank has teamed with MinkasuPay.