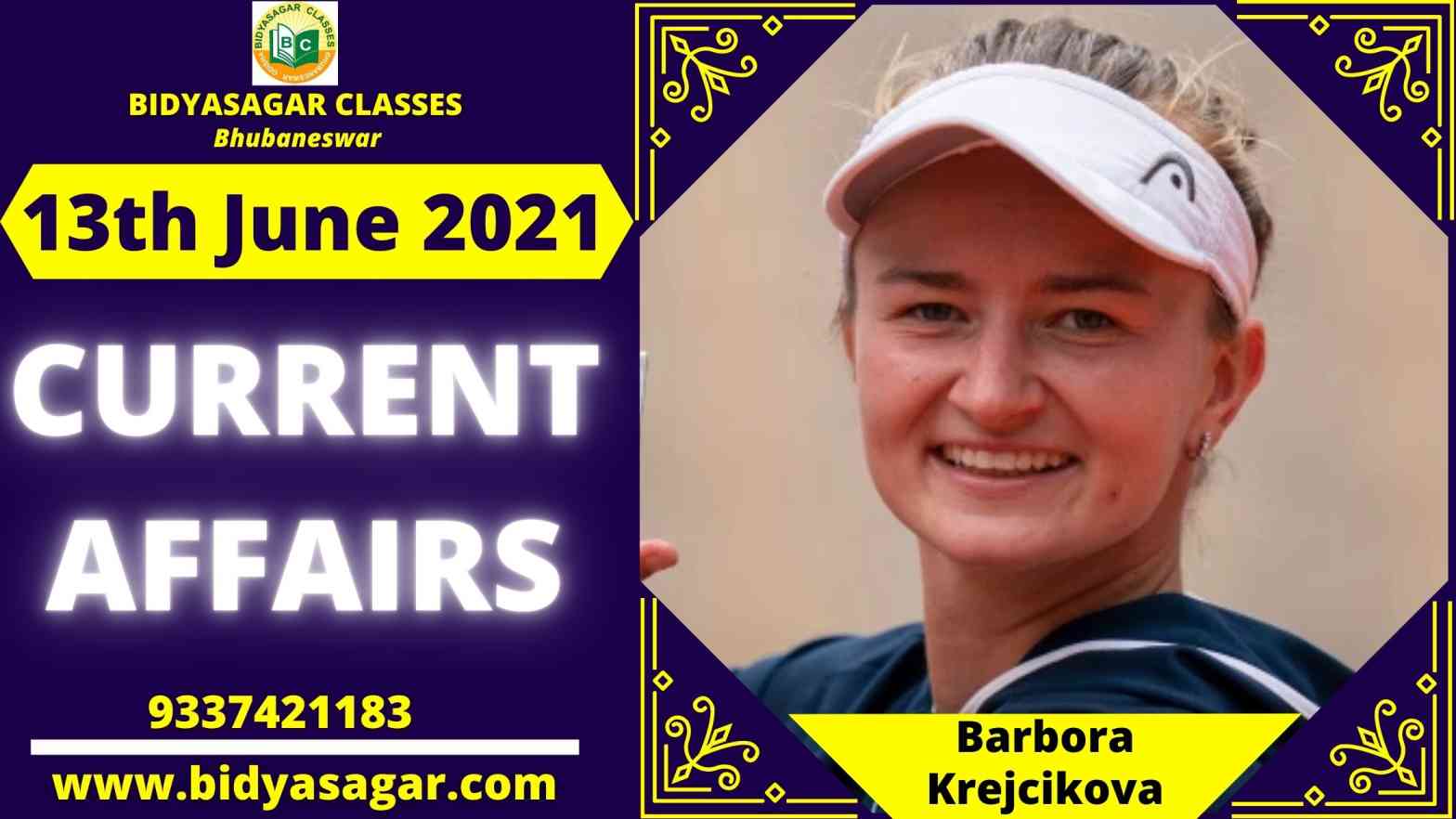 In this article, we will discuss all the important current affairs of 13th June 2021 in detail.

3. Brazil, the United Arab Emirates, Albania, Ghana, and Gabon have been elected to the United Nations Security Council for a two-year term beginning January 1, 2022.

4. Nagraj Adiga of India has been elected to the International Association of Ultrarunners Council.

5. Rebecca Grynspan, a Costa Rican economist, has been named the new Secretary-General of UNCTAD.

6. A professor from IIT Kanpur has been appointed as an honorary member of the World Health Organization.

8. Mirabai Chanu, a weightlifter, qualified for the Tokyo Olympics in the women’s 49-kg division.

10. Kannada is well-known. Siddalingaiah, a poet, has died.

12. International Albinism Awareness Day is a day dedicated to raising awareness about albinism.