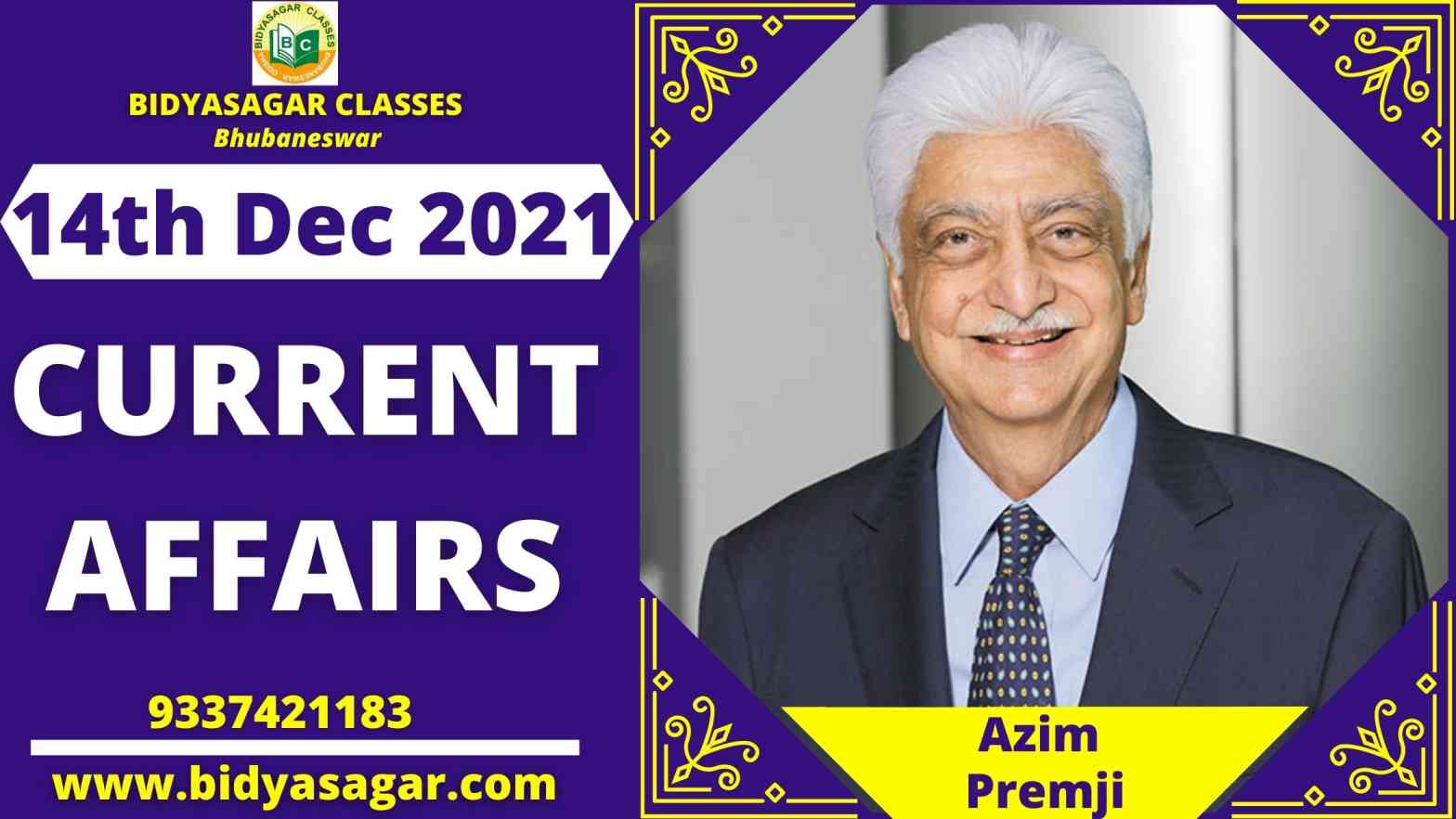 In this article, we will discuss all the important current affairs of 14th Dcember 2021 in detail.

3. The proposal to grant Mithila Makhana a GI Tag was accepted by the Geographical Indications Registry.

4. Maharashtra topped the list of states with the most Atmanirbhar Bharat Rojgar Yojana recipients.

7. For cross-border transactions, the RBI mandated the use of a 20-digit LEI.

8. The ‘#Care4Hockey’ campaign was launched by Bajaj Allianz General Insurance.

11. Dr. Ida S. Scudder Humanitarian Oration Award was given to Azim Premji for the tenth time.

12. Flight-tested by the Indian Air Force and the Defence Research and Development Organization The indigenously designed and developed Helicopter fired (air-launched) Stand-off Anti-tank (SANT) Missile was successfully flight-tested from the Pokhran range in Rajasthan by the Rajasthan Defence Research and Development Organisation (DRDO) and the Indian Air Force (IAF).

13. For the manufacture of Green Hydrogen, BPCL worked with BARC.