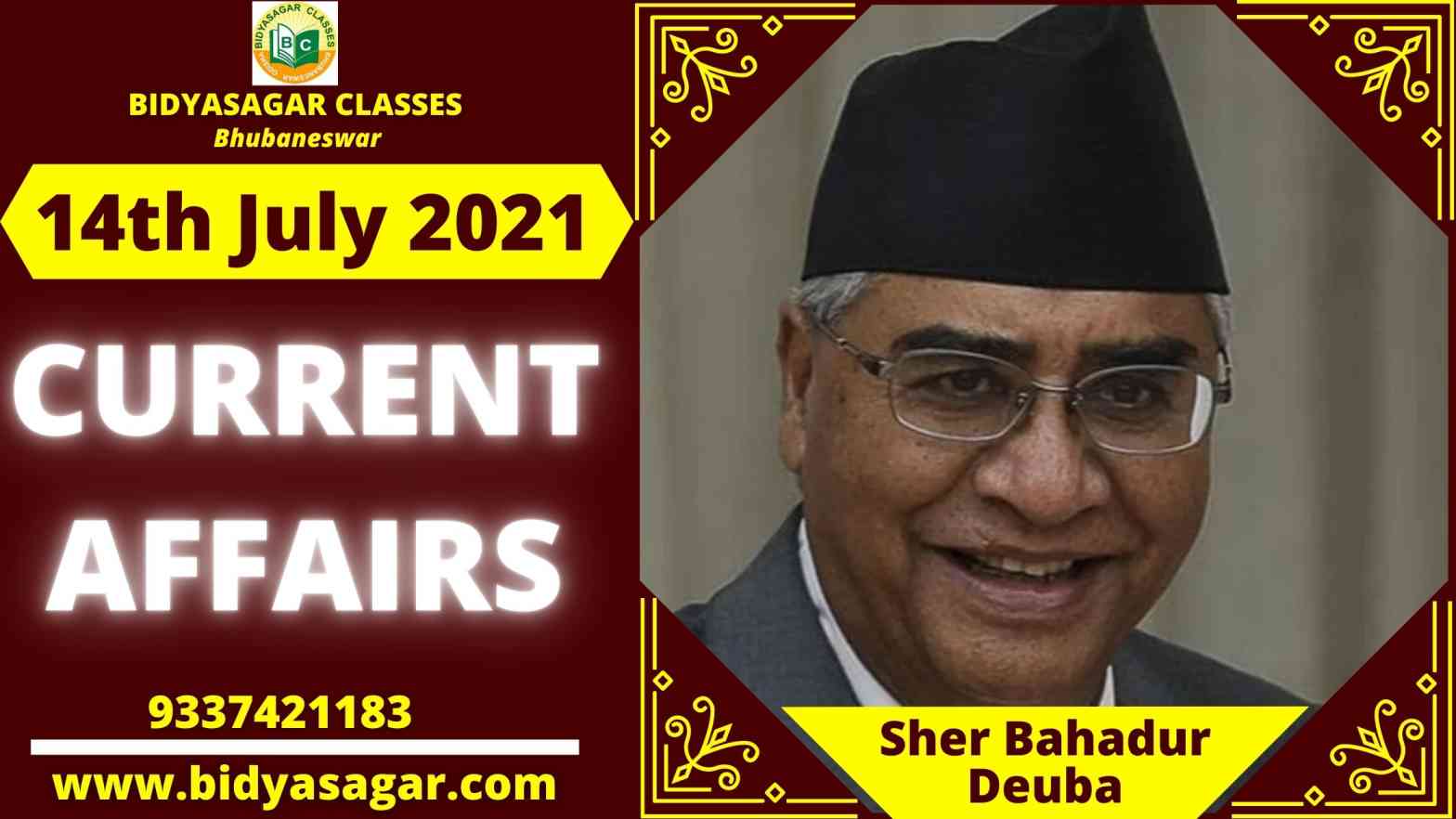 In this article, we will discuss all the important current affairs of 14th July 2021 in detail.

1. The state of Manipur is added to India’s railway map with the arrival of the state’s first passenger train.

3. A national hackathon will be hosted by IIT Madras and Sony India.

4. N. Biren Singh, the Chief Minister of Manipur, has launched a number of welfare initiatives funded by the National Bank for Agriculture and Rural Development (NABARD).

5. Ladakh and Sikkim have signed an agreement to turn the UT into an organic entity.

6. Himalayan Yaks will be insured for the first time.

10. Henrietta Fore, UNICEF’s Executive Director, has resigned due to a family health issue.

11. UNICEF’s Executive Director, Henrietta Fore, has resigned due to a family health concern.

12. India has been named as the host country for the 2026 World Badminton Championships.

13. Pankaj Singh, a pacer, has announced his retirement from all forms of cricket.

14. Deepak Kabra is the first Indian gymnastics judge to serve as an Olympic judge.

15. The controversial Aamir Khan film PK has been included to the National Film Archive of India’s collection.

18. Ashok Chakravarti’s book “The Struggle Within: A Memoir Of The Emergency”

20. Mr. Wonderful, a former WWE wrestler, has passed away.