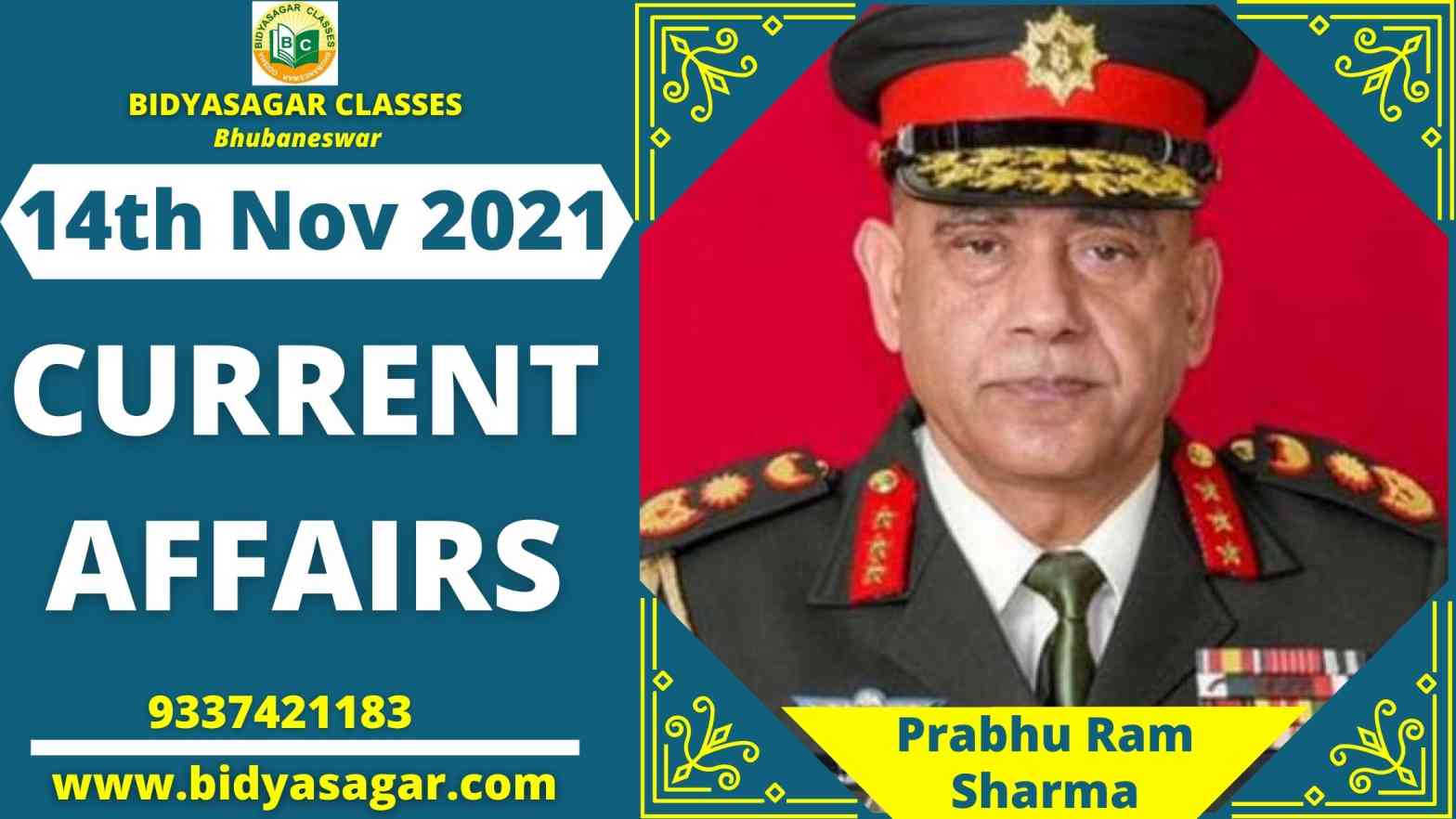 In this article, we will discuss all the important current affairs of 14th November 2021 in detail.

1. After 100 years, the Maa Annapurna idol, which was stolen from Uttar Pradesh, has been returned to Canada.

2. The IRCTC’s Ramayana Circuit train now includes Bhadrachalam in Telengana as a stop.

3. Bajaj Allianz Life Insurance joins together with the IPPB and the Department of Posts to introduce two new products.

4. The Maharashtra government has signed an agreement with RMI to promote electric mobility.

5. Women’s cricket will make its Commonwealth Games debut in 2022, with India taking on Australia.