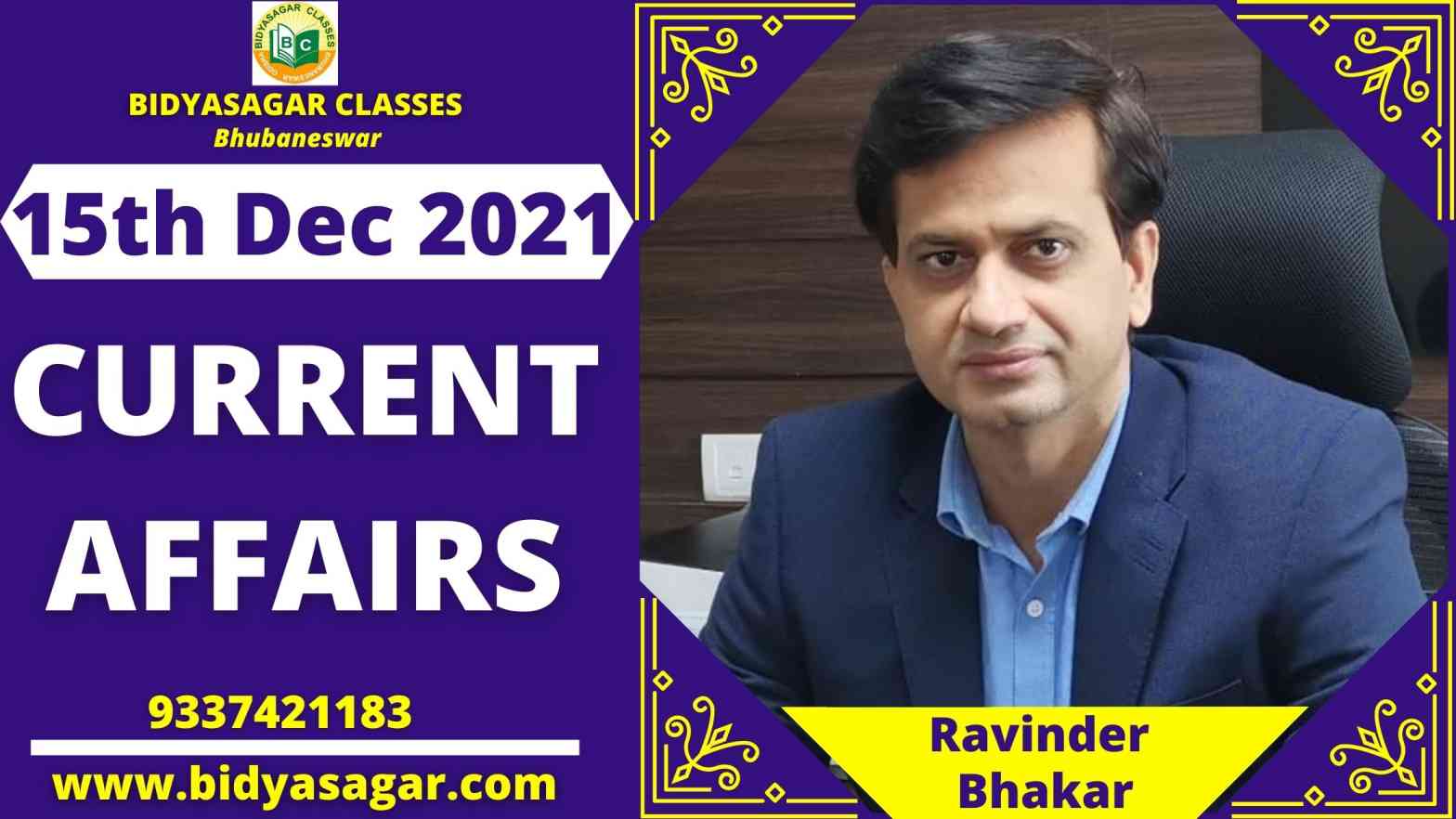 In this article, we will discuss all the important current affairs of 15th Dcember 2021 in detail.

3. Odisha has signed a deal with the UNCDF to launch “Mission Shakti Living Lab” for women’s financial empowerment.

4. Uttarakhand’s Askot Wildlife Sanctuary has been designated as an Eco-Sensitive Zone.

6. Axis Bank and Swift have partnered to develop a digital banking solution.

8. Ravinder Bhakar was appointed to lead the NFDC’s film division and the CFSI.

10. IIT-Delhi has signed an agreement with the Indian Air Force to improve indigenization efforts.

11. The Supersonic Missile Assisted Torpedo System was successfully tested by the DRDO (SMART)

13. Group Captain Varun Singh, a survivor of the Coonoor chopper tragedy, has died.