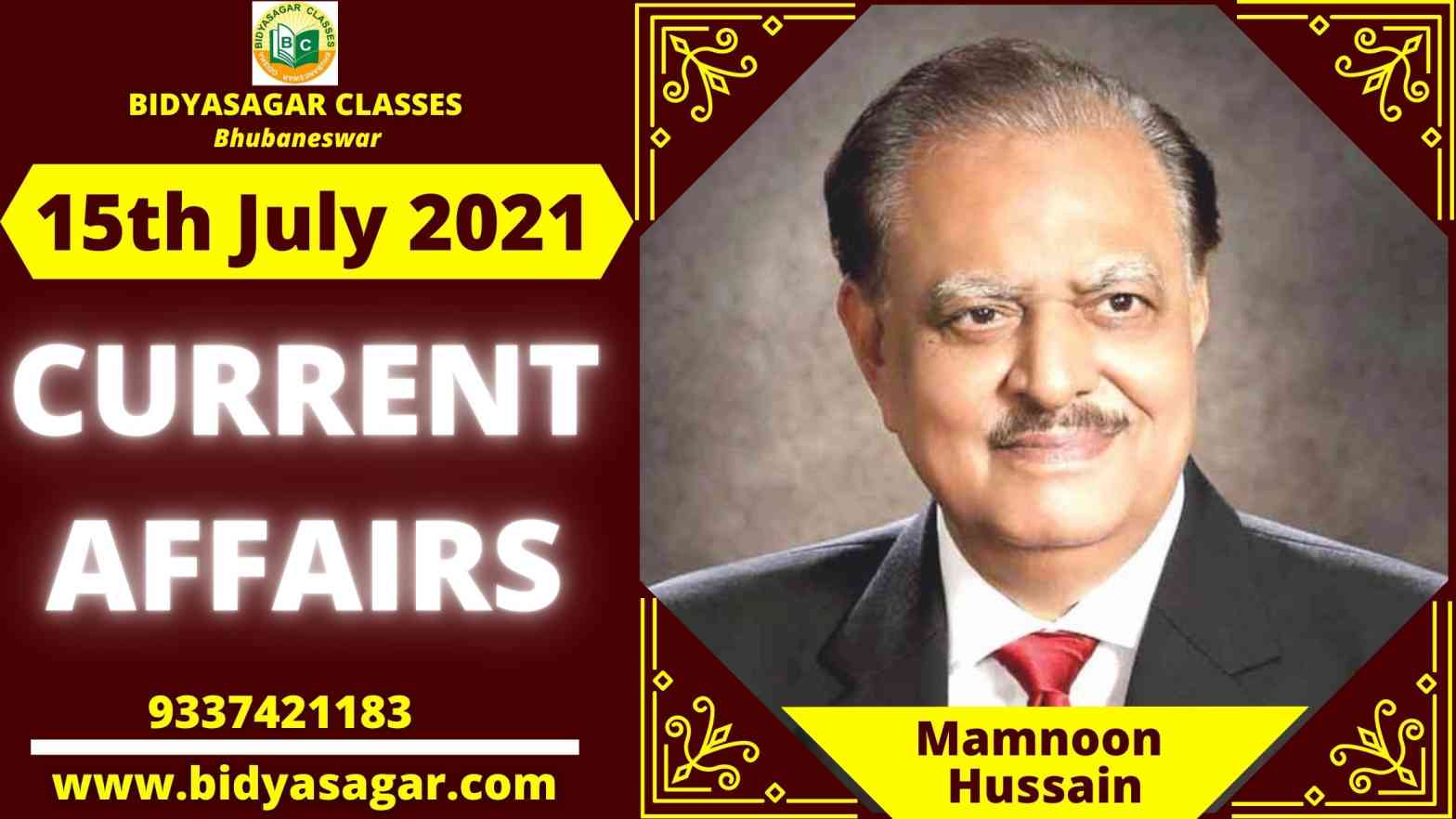 In this article, we will discuss all the important current affairs of 15th July 2021 in detail.

2. The CCEA has given its approval to the implementation of a special livestock sector package.

3. The Punjab government has announced the cancellation of Rs 590 crore in loans to labourers and landless farmers.

4. The Union Cabinet has increased the DA for central government employees to 28%.

5. Assam has launched a scheme to let Covid widows receive $2.5 lakh in aid.

6. Mahatma Gandhi’s statue is unveiled in Georgia by EAM Jaishankar.

7. Report on the World’s Food Security and Nutrition in 2021.

The report’s main points are as follows:

8. Individuals can now invest in government securities under the RBI Retail Direct scheme.

9. Bhutan is the first country in the region to implement BHIM UPI.

11. From July 22, the Reserve Bank of India will prohibit Mastercard from acquiring new customers in India.

13. The Delhi government has teamed up with Google to provide commuters with real-time bus information.

15. The song “Hindustani Way,” written by AR Rahman and Ananya Birla, will be used to promote the Tokyo Olympics.

16. The book ‘Palleku Pattabhishekam’ by VP Venkaiah Naidu about rural India and agriculture is released.

17. ‘The Great Big Lion,’ a book written by a three-year-old Canadian girl, has been published in India.

18. Mamnoon Hussain, the former President of Pakistan, has died.