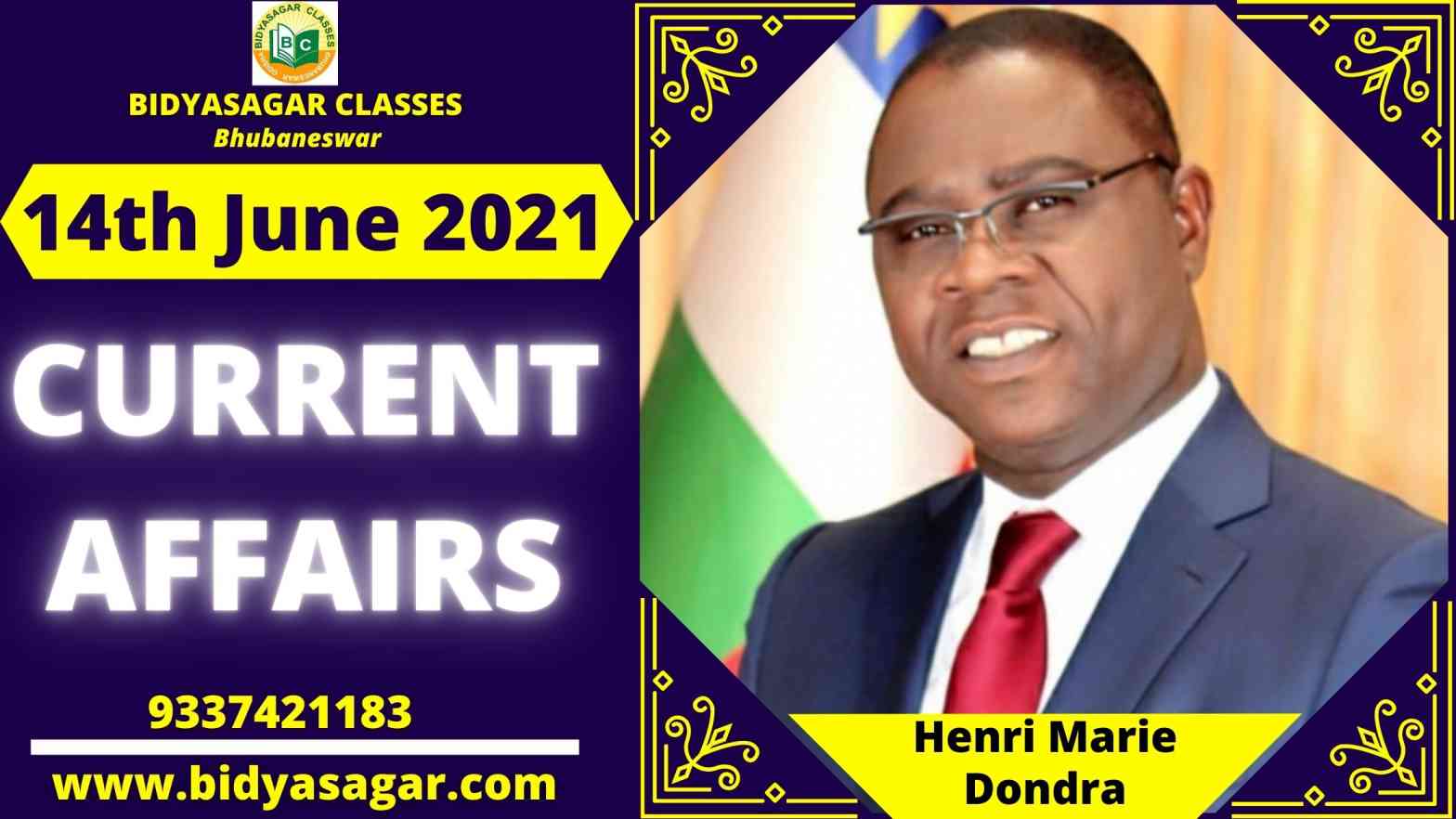 In this article, we will discuss all the important current affairs of 14th June 2021 in detail.

1. The success of the Center’s Aspirational Districts Program has been praised by a UN agency.

2. Namaste Yoga App is a new app from the Ministry of Ayush.

8. India and Russia are tied for fourth place in terms of foreign exchange reserves.

10. Henri Marie Dondra has been named Prime Minister of the Central African Republic.

12. Rebeca Grynspan, a Costa Rican economist, has been named Secretary-General of UNCTAD.