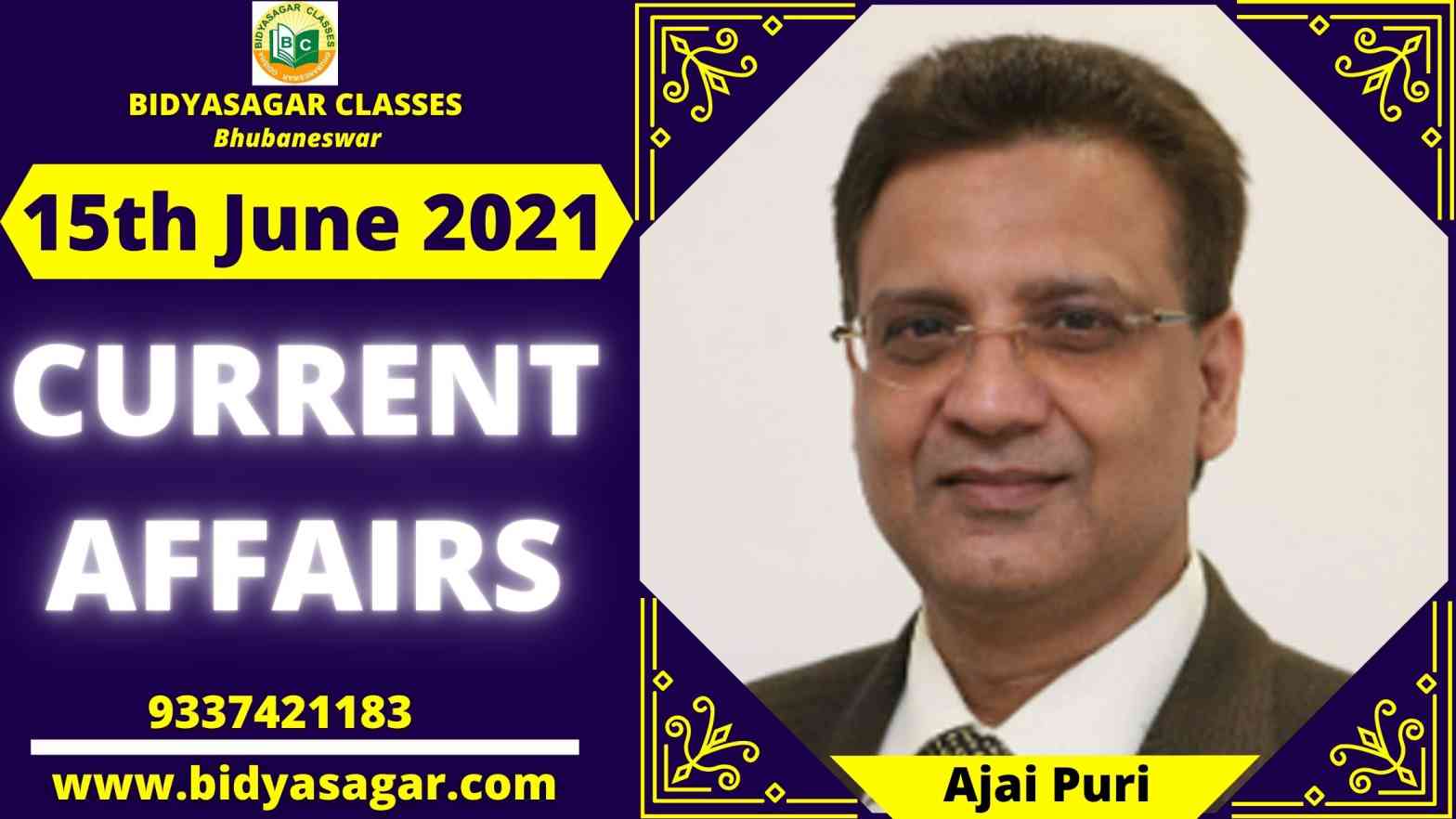 In this article, we will discuss all the important current affairs of 15th June 2021 in detail.

1. The government of Madhya Pradesh will begin the ‘Yuva Shakti Corona Mukti Abhiyan.’

3. The IMD and the ICMR have formed an expert committee to eradicate malaria in India.

5. According to the World Giving Index 2021 study, India ranks 14th among the most philanthropic countries in the world.

6. From June 15, Israel will be the world’s first mask-free country.

9. Ajai Puri of Bharti Airtel has been re-elected as Chairman of the COAI for the years 2021-22.

11. A professor from IIT Roorkee has won an NSG award for developing a ‘blast-resistant’ helmet.

12. Vinoo Mankad and nine others are inducted into the International Cricket Council’s Hall of Fame.

13. Assam will create its own Bharat Ratna and Padma Awards.

14. Suresh Raina, a cricketer, has released his autobiography, “Believe.”

15. Brigadier Raghubir Singh, a recipient of the Mahavir Chakra, has died.

18. Siddalingaiah, a Dalit poet from Kannada, died of Covid.