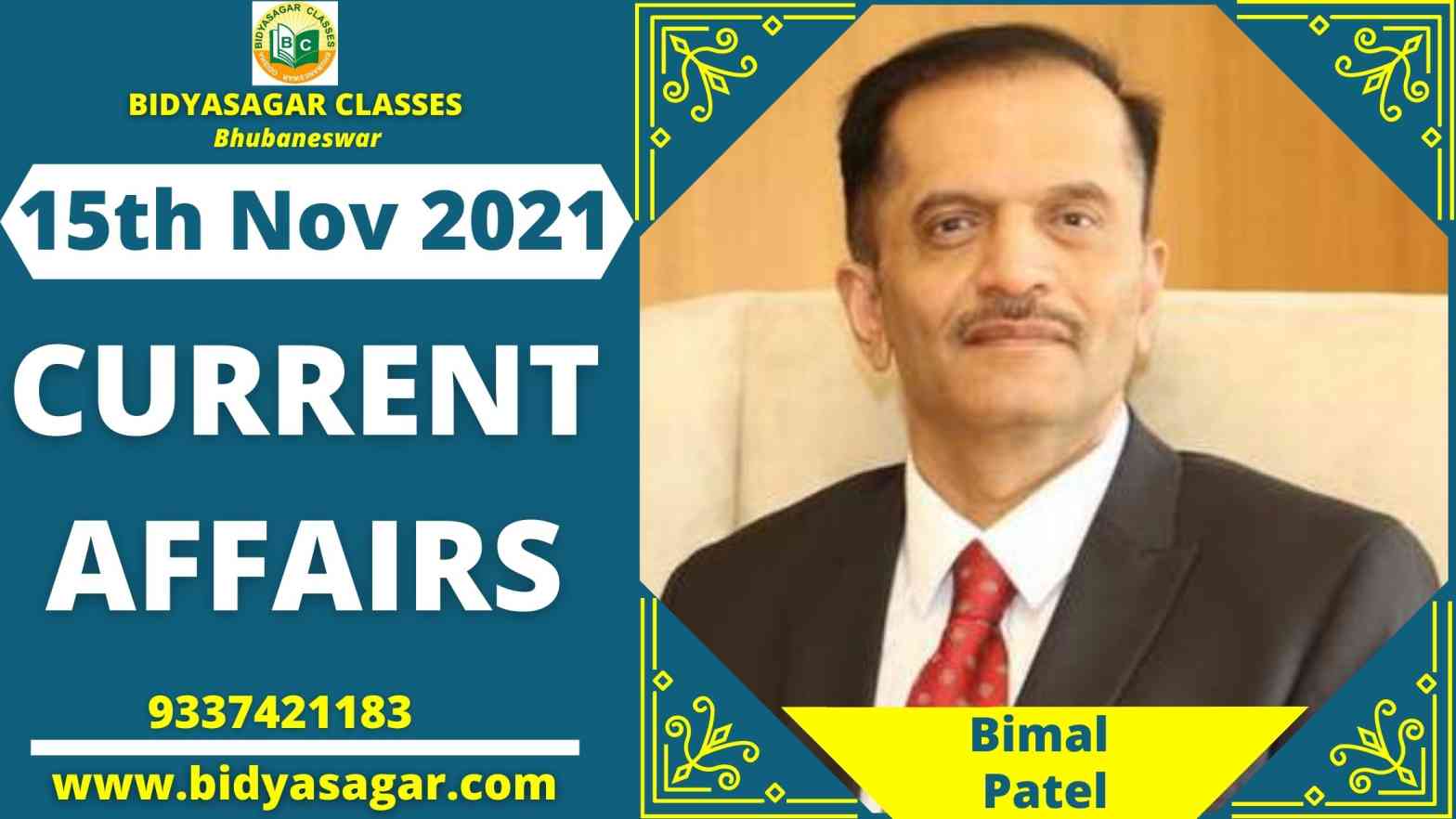 In this article, we will discuss all the important current affairs of 15th November 2021 in detail.

1. Niramay Yojana is a scheme launched by the Gujarat government.

2. The Ministry of Tourist has signed an agreement with the IRCTC to strengthen the hospitality and tourism industries.

3. The government’s e-NAM platform has been integrated by HDFC Bank.

4. The Reserve Bank of India has imposed a Rs 1000 withdrawal limit on Laxmi Cooperative Bank.

6. Oil India Limited and IIT-Guwahati will collaborate to advance technology in the energy sector.

7. Bags from Tata Projects Bangladesh has placed a $120 million order for a power transmission project.

9. According to reports, VVS Laxman will be the next head of the National Cricket Academy.

10. Professor Bimal Patel has been elected to the United Nations’ International Law Commission for a five-year term.

12. Ravi Shastri will serve as Commissioner of the upcoming Legends League.

19. Babasaheb Purandare, a historian and Padma Vibhushan Awardee, has died.