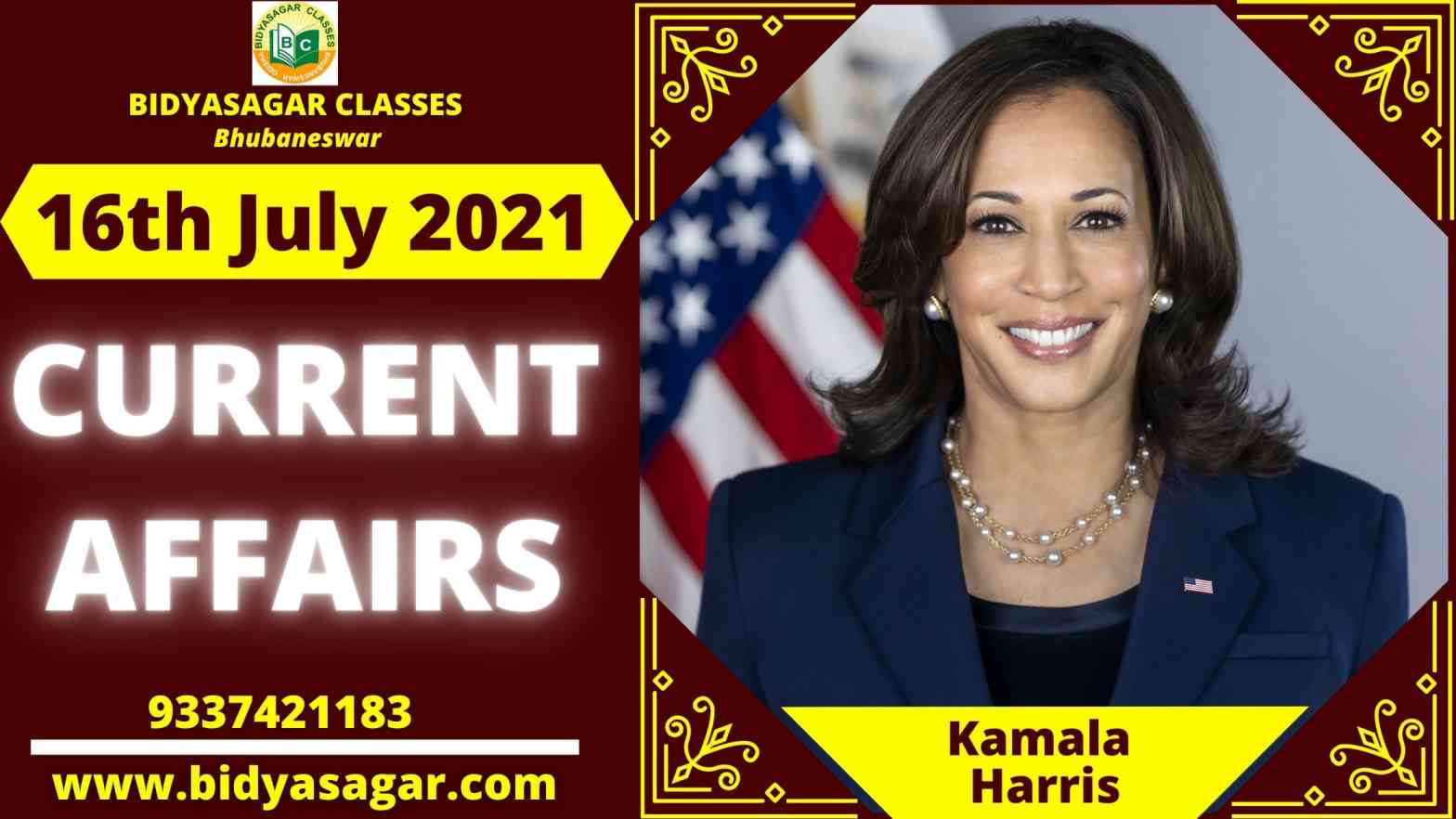 In this article, we will discuss all the important current affairs of 16th July 2021 in detail.

3. The government of Andhra Pradesh has signed MoUs with 14 more enterprises to assist women in business.

6. Rajasthan and the World Food Programme have teamed up to develop the Targeted Public Distribution System.

8. Cabinet approves a five-year extension of the Centrally Sponsored Scheme (CSS) for the development of infrastructure facilities for the judiciary.

10. To manage railway assets, the NCRTC is constructing an integrated real-time system.

11. In collaboration with NABARD and NCDC, IFFCO Kisan Sanchar is establishing 17 FPOs in Gujarat.

13. IAHE signs a memorandum of understanding with the University of New South Wales in Australia to establish the Centre for Advanced Transportation Technology and Systems in Noida.

14. A government school in K’taka will be the first in the country to create a satellite.

16. The United Arab Emirates is the first Gulf country to open an embassy in Israel.

18. One of the world’s largest floating solar panel farms has been unveiled in Singapore.

19. As part of the GST compensation package, the Centre has released Rs 75,000 crore to states.

21. The CCEA has approved the LIC disinvestment; a panel led by the FM will determine the size of the share sale.

23. ISRO successfully completed the third test of the Vikas Engine, which will be used to launch the Gaganyaan Mission.

24. Suzhou will host the Sudirman Cup Finals in badminton in 2023.

26. Chris Gayle became the first player in the history of Twenty20 cricket to reach 14,000 runs.

27. Kamala Harris inspired a book about the emergence of Indian-Americans.