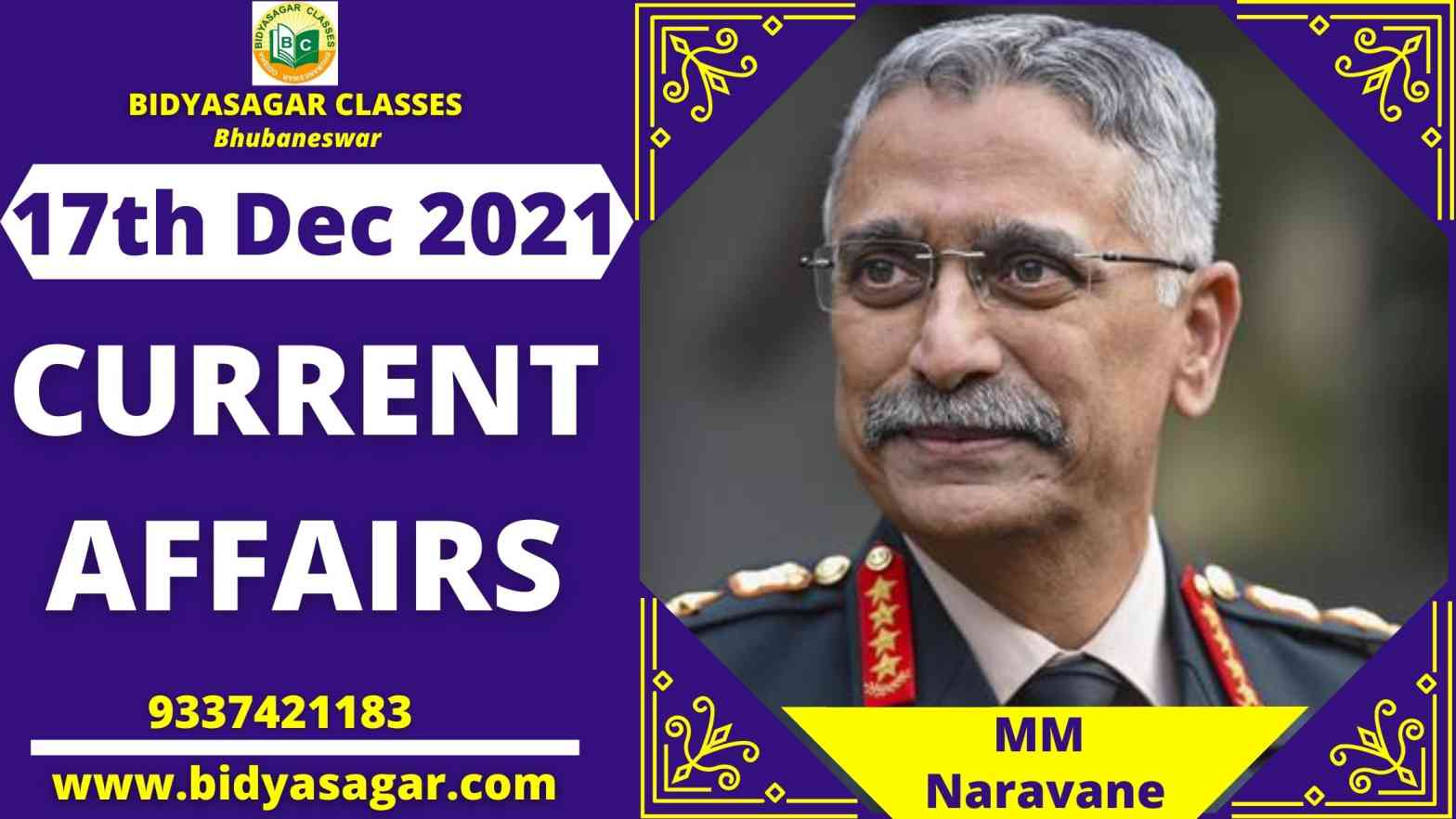 In this article, we will discuss all the important current affairs of 17th Dcember 2021 in detail.

2. The 7th India International Science Festival will take place in Panaji, Goa, in 2021.

4. Rajasthan has signed a memorandum of understanding with Rays Power Infra to generate 500 megawatts of green electricity.

5. Meta and CBSE have expanded their relationship to include a digital safety and online well-being curriculum, as well as AR.

6. India and Uzbekistan have teamed up to enhance collaboration and strengthen interregional ties.

7. The Cabinet has authorised an incentive scheme to promote RuPay Debit Cards and BHIM-UPI transactions of modest value.

8. The Cabinet has approved a scheme of 76,000 crores to stimulate semiconductor production.

9. ‘Paytm Wealth Academy’ was introduced by Paytm. Traders and investors will be trained using an EdTech platform.

11. General MM Naravane has been named Chairman of the Joint Chiefs of Staff Committee.

12. The BCCI established a committee for cricketers with special needs.

14. Lewis Hamilton, the Formula One champion, has been knighted.

15. SS Oberoi has written a book named “Rewinding of the First 25 Years of the Ministry of Electronics and Information Technology.”