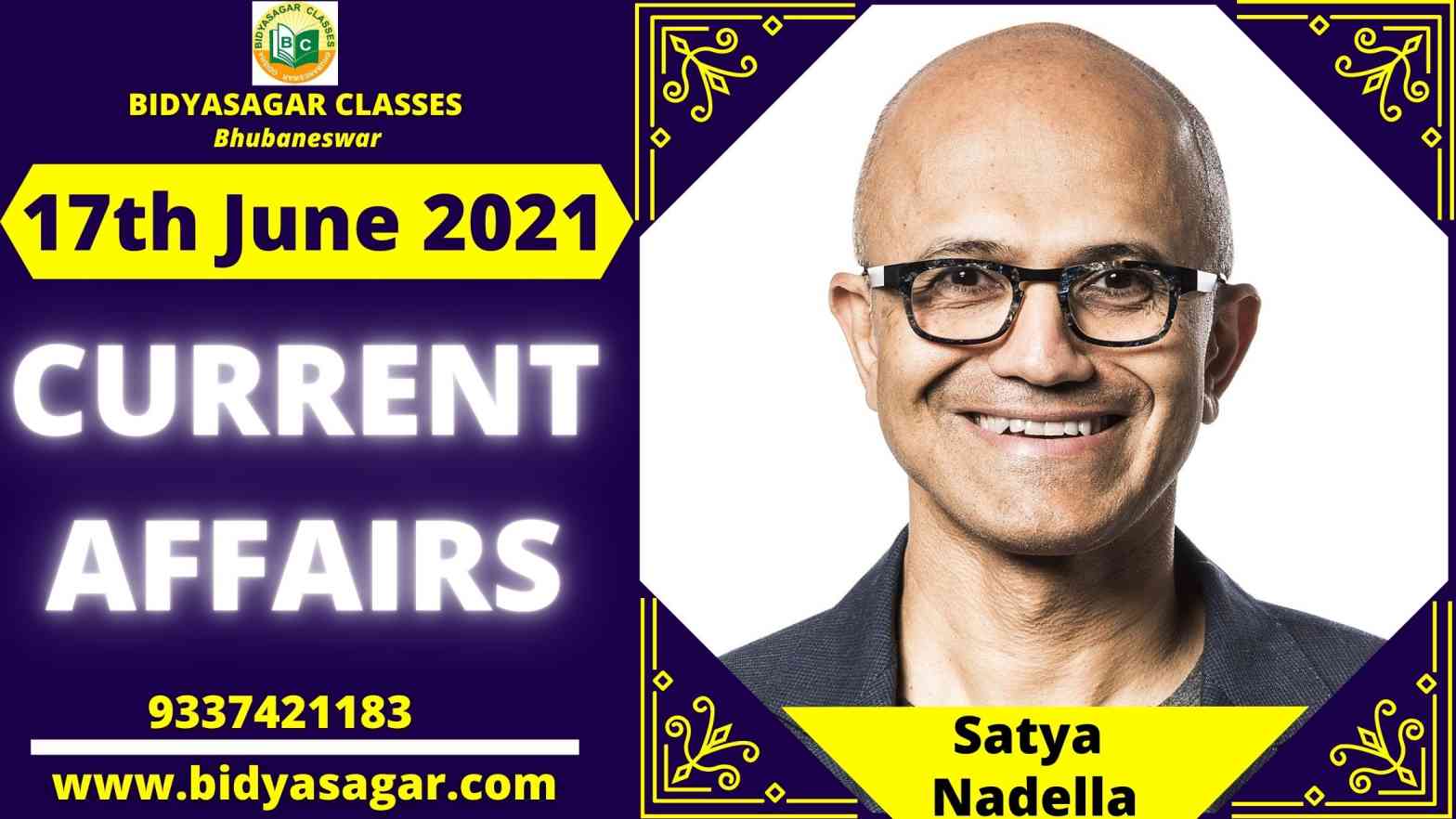 In this article, we will discuss all the important current affairs of 17th June 2021 in detail.

1. IIT Bombay will host the BRICS Network Universities Conference in 2021.

2. The Deep Ocean Mission of the Ministry of Earth Sciences has been approved by the Cabinet.

3. The Global Yoga Conference 2021 will be addressed by Dr. Harsh Vardhan.

4. The aviation and shipping ministries have signed a memorandum of understanding for the expansion of seaplane services.

7. India’s research investment is insufficient, according to a UNESCO report.

9. Leaders of NATO have declared China to be a global security threat.

10. According to a SIPRI analysis, India, China, and Pakistan look to be increasing their nuclear arsenals.

13.‘ICICI STACK for Corporates’ is a new product from ICICI Bank.

14. Infosys is hired by Federal Bank to implement Oracle CX.

16. Satya Nadella is the next CEO of Microsoft. Chairmanship

17. Anand Mohan Bajaj, a Finance Ministry officer, has been appointed to the SEBI Board.

18. The World’s First Wooden Satellite Aims to Reach Space by 2021 Arctic Astronautics, a Finnish business, plans to launch the world’s first wooden satellite into space by the end of this year.

19. The government has launched a secure telecom portal.