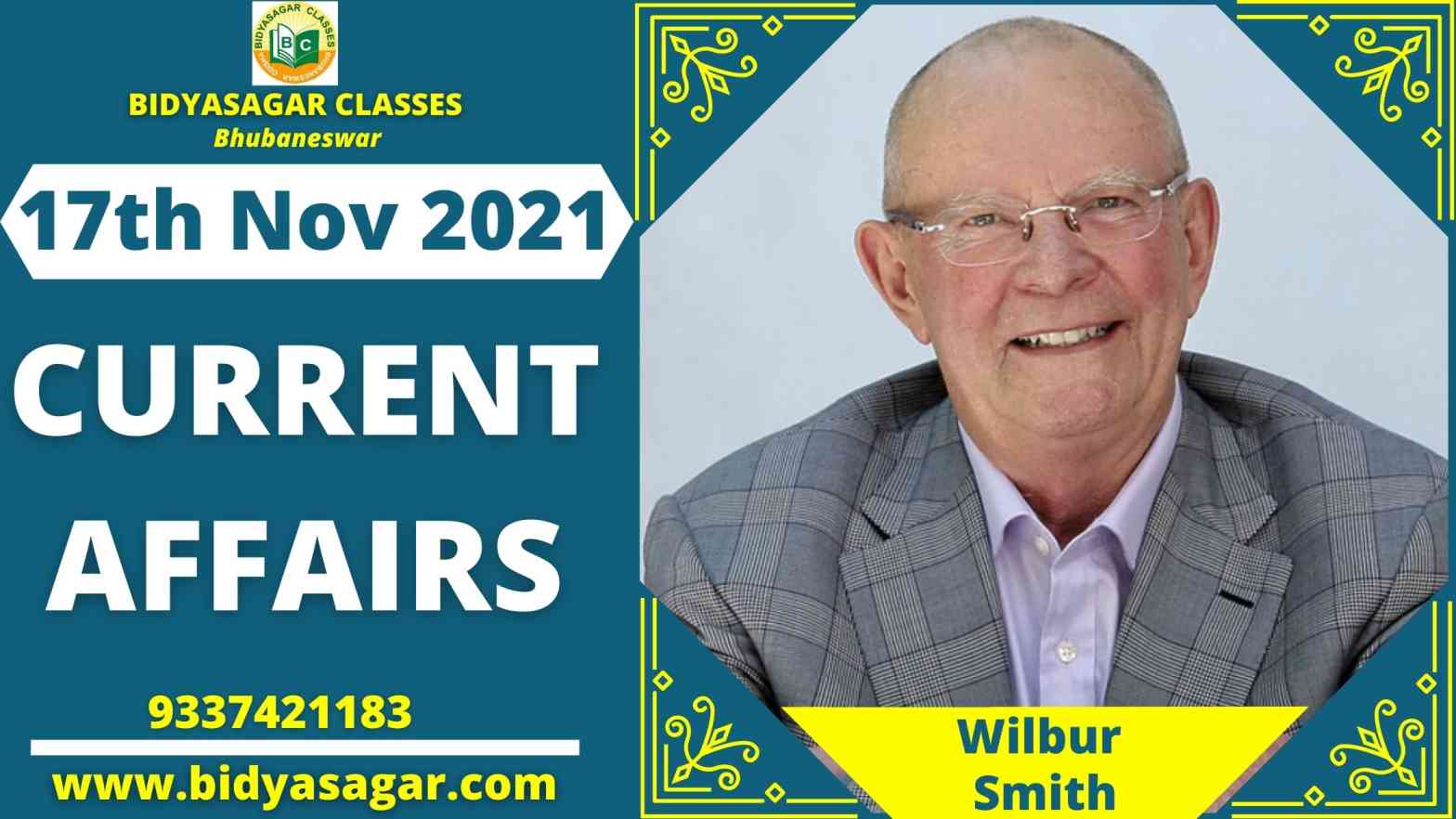 In this article, we will discuss all the important current affairs of 17th November 2021 in detail.

2. The state butterfly of Arunachal Pradesh has been named ‘Kaiser-i-Hind.’

3. The first grass conservatory in India was created in Ranikhet, Uttarakhand.

5. The Institute for Defence Studies and Analyses will be renamed after late Manohar Parrikar, according to a plaque unveiled by a Union Minister.

6. China has surpassed the United States as the world’s richest country, according to a new report.

7. Delhi, Kolkata, and Mumbai are among the top ten most polluted cities in the world.

8. The sixth round of the Indo-French joint military exercise ‘EX-SHAKTI 2021’ has begun in Frejus, France.

10. Paytm Money has launched ‘Voice Trading,’ which is driven by artificial intelligence.

12. The Payments Infrastructure Development Fund (PIDF) has a total corpus of Rs 614 crore.

13. VVS Laxman has been named the new director of the National Cricket Academy (NCA)

17. Wilbur Smith, the world’s most famous and legendary author, has died at the age of 88.

19. The 17th of November is National Epilepsy Awareness Day.