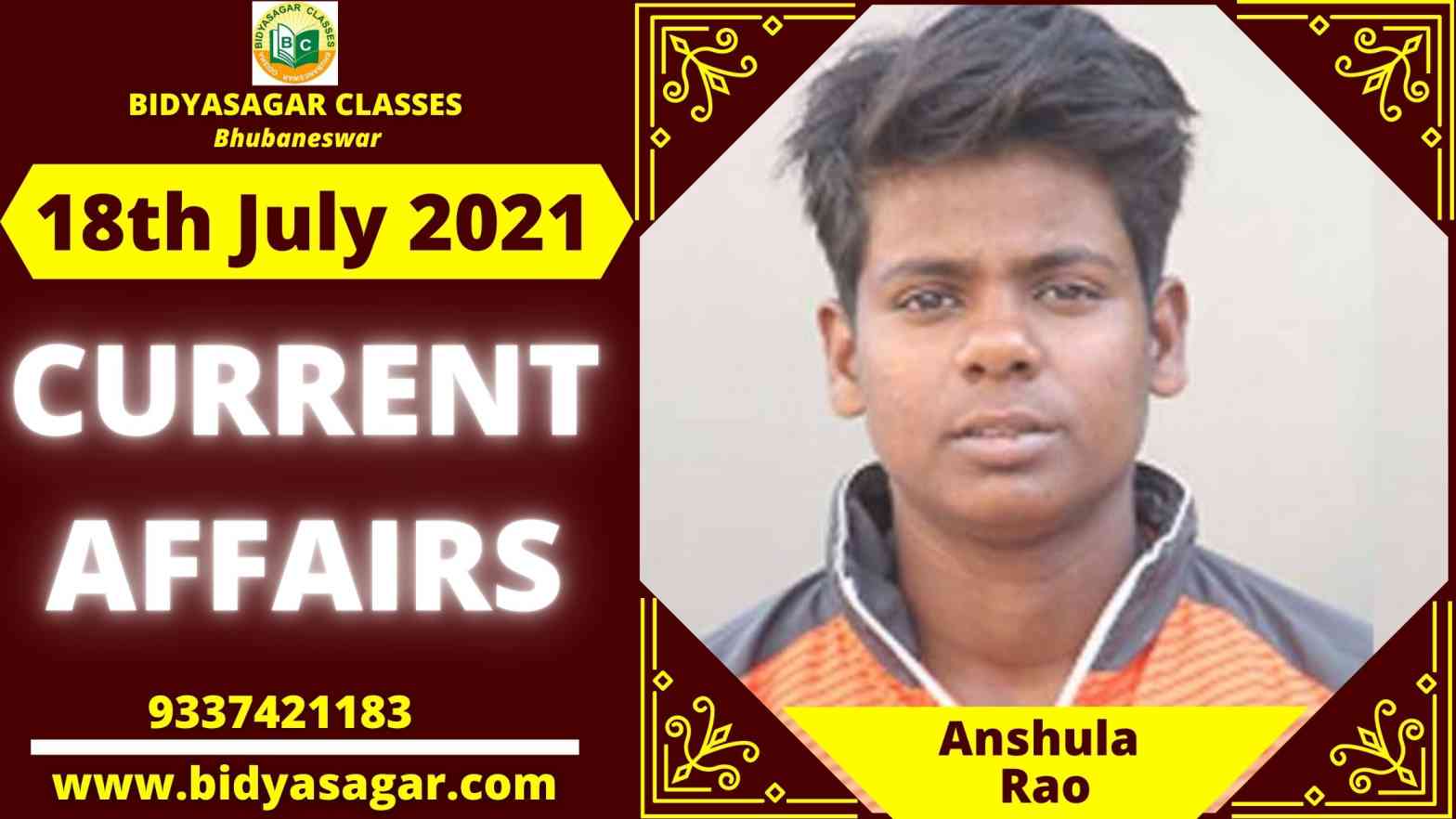 In this article, we will discuss all the important current affairs of 18th July 2021 in detail.

1. Teachers will be trained as School Innovation Ambassadors by Union Ministers Dharmendra Pradhan and Munda.

2. “Mathrukavacham,” a Covid immunisation campaign for pregnant women in Kerala, has begun

4. Farmers in Rajasthan would receive a monthly grant of Rs 1,000 under the Kisan Mitra Urja Yojna.

5. India’s Deep Ocean Mission intends to generate a blue economy worth more than Rs 100 billion, according to Jitendra Singh.

6. After the RBI imposed restrictions on Mastercard, RBL Bank formed a partnership with Visa.

7. Customers can now use an AI-powered virtual assistant from Federal Bank.

9. Anshula Rao, a Madhya Pradesh all-rounder, has been banned for four years after failing a dope test.