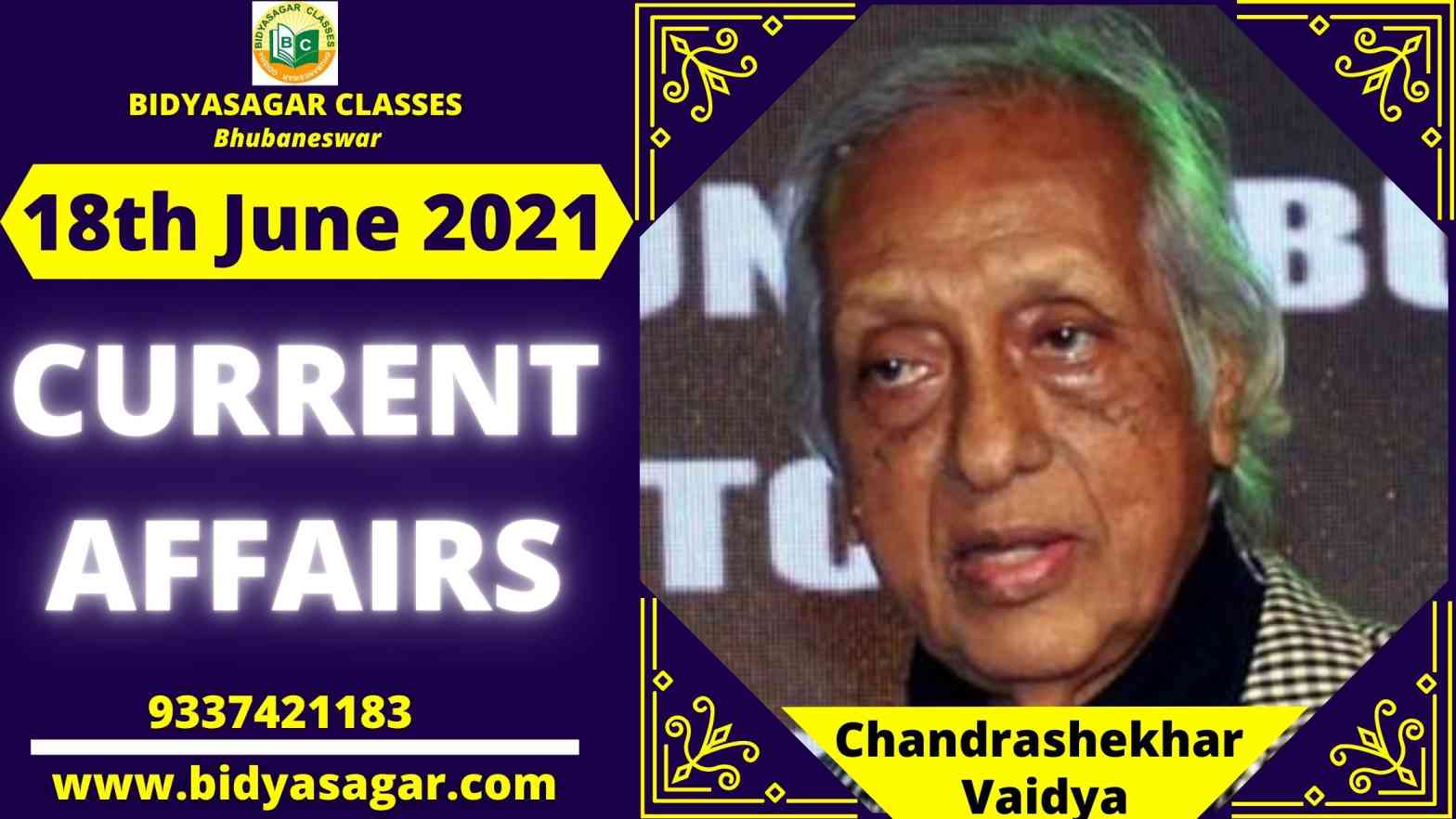 In this article, we will discuss all the important current affairs of 18th June 2021 in detail.

1. Under the Jal Jeevan Mission, the Centre distributes Rs 1,804 crore to Kerala, Rs 3,691 crore to Tamil Nadu, and Rs 3180 crore to Andhra Pradesh for tap water provision to every home.

3. The Telangana AI Mission has launched a campaign called “Rev Up.”

5. The government has extended the validity of documents linked to the Motor Vehicles Act of 1988 until September.

6. The government has approved the reorganisation of the Ordnance Factory Board into seven new corporate entities.

7. The Delhi Skill University will establish centres to train children in slum clusters.

8. In India, Ladakh has been designated as an Open Defecation-Free UT.

9. According to the Global Peace Index 2021, Bangladesh is the third most peaceful country in South Asia, whereas India is placed 135th.

11. According to the report, India’s economy contracted by 12% in the first quarter.

14. Due to his altruistic service, the Maharashtra government has appointed Mukund Gosavi as the brand ambassador for the Corona immunisation programme.

15. Ankeet Chavan’s life ban has been reduced to seven years by the BCCI.

16. Chandrashekhar, a veteran actor best known for the film ‘Ramayan,’ has died.

19. Autistic Pride Day is an annual celebration of autistic people.