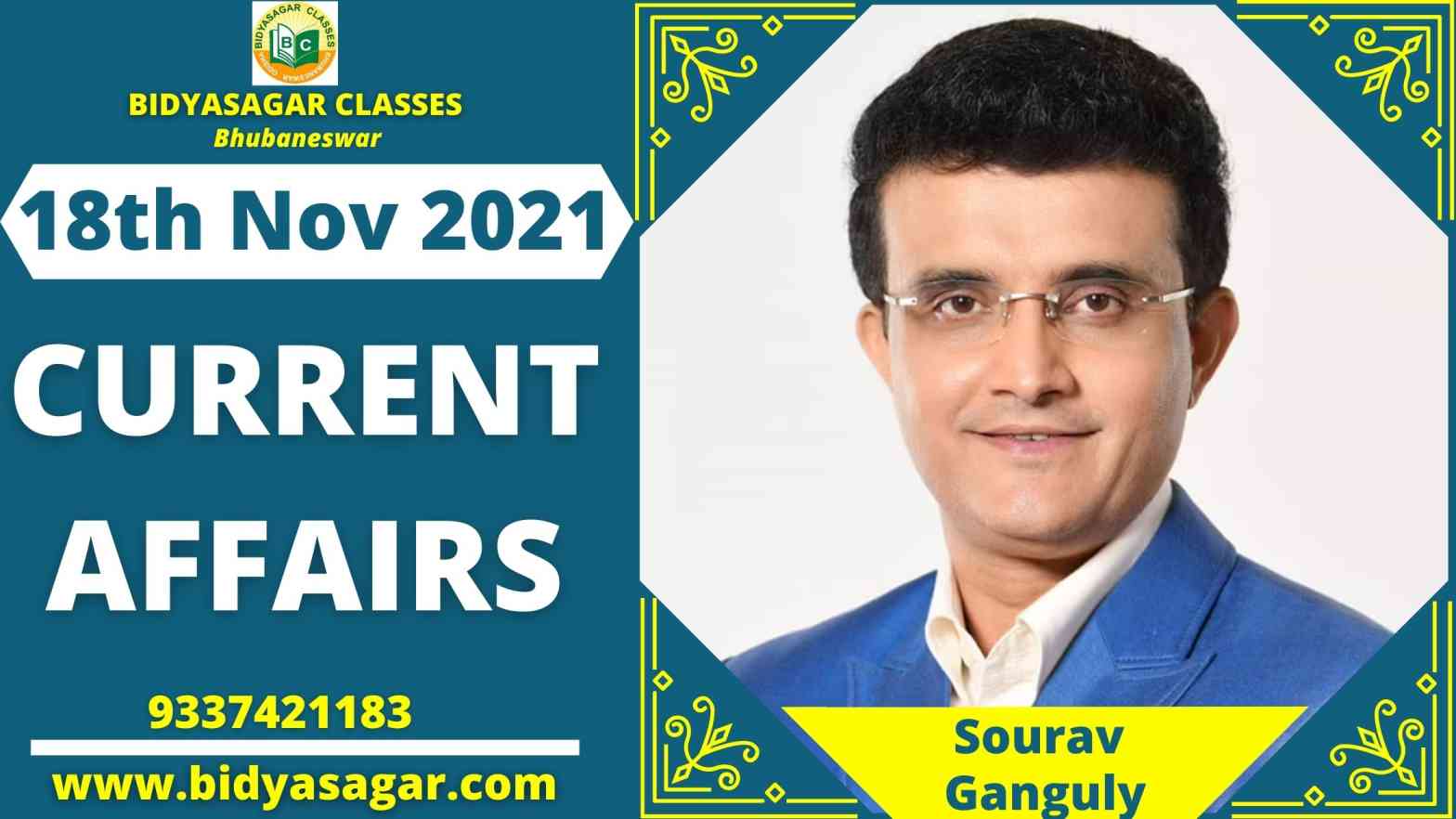 In this article, we will discuss all the important current affairs of 18th November 2021 in detail.

1. The first ‘Grass Conservatory’ in India was opened in Ranikhet, Uttarakhand.

5. The World Bank and the Asian Development Bank have launched ‘WePOWER India’ to boost the number of women working in the energy sector.

6. Since 2015, the number of people who use tobacco has fallen worldwide, according to the World Health Organization.

7. India has dropped five places to number 82 in the global bribery risk rankings.

8. For traders, IndusInd Bank has launched a one-stop mobile app.

9. Jamshedpur FC is a joint venture between SBI and Tata Steel to promote Indian football.

11. TPCI signs an agreement with the Government of Navarra, Spain, to promote trade and investment.

13. Sharp, Shombi In India, he has been assigned as the UN Resident Coordinator.

14. The ICC Men’s Cricket World Cup will be hosted jointly by India and Bangladesh in 2031.

15. Sourav Ganguly, President of the BCCI, has been named Chairman of the ICC Men’s Cricket Committee.

17. Janette Brittin, Mahela Jayawardena, and Shaun Pollock will be inducted into the International Cricket Council (ICC) Cricket Hall of Fame in 2021.

19. On November 18, 2021, the Ministry of AYUSH will commemorate the fourth Naturopathy Day.

20. The date for World Philosophy Day in 2021 is November 18th (Third Thursday of November)