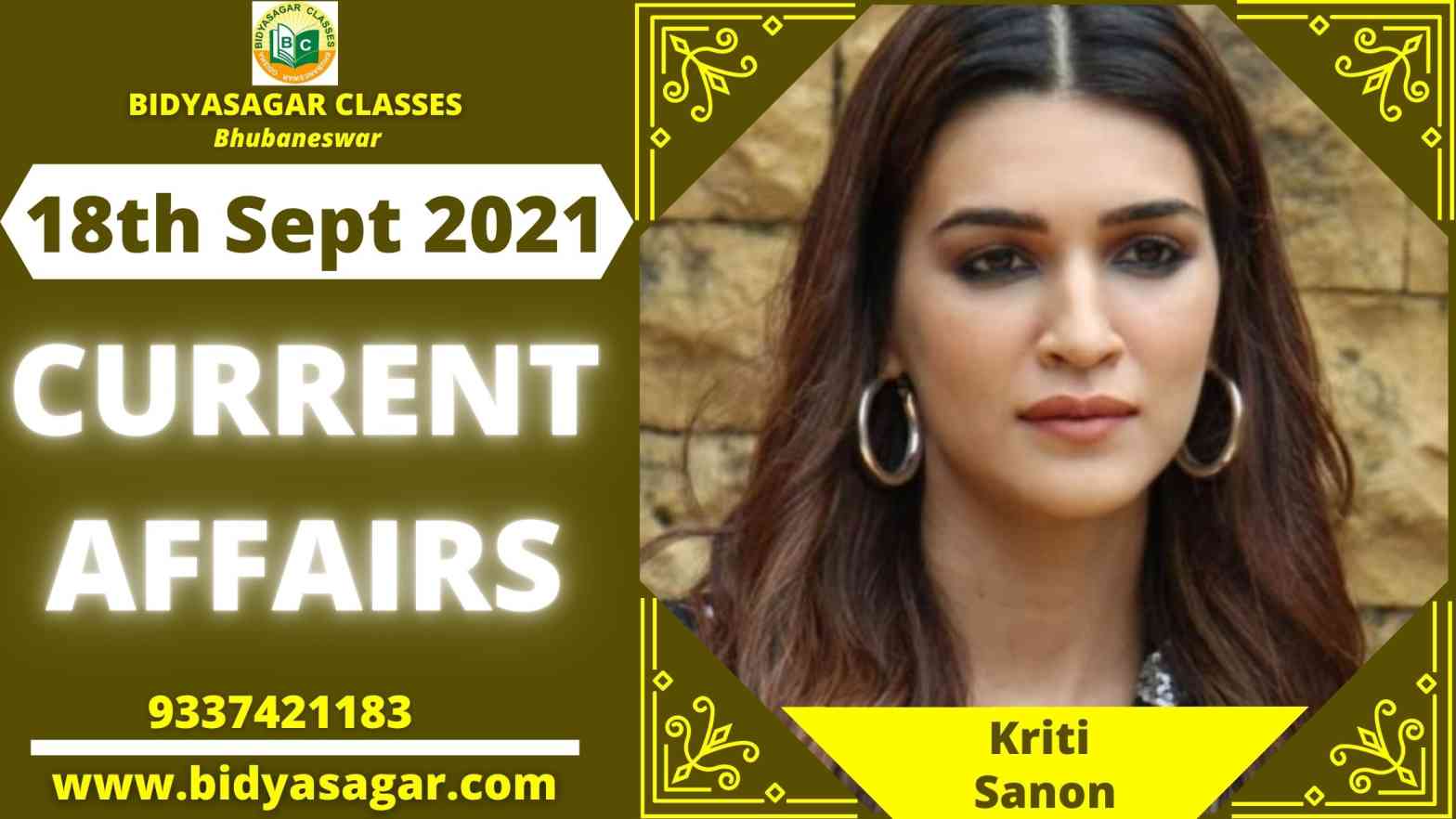 In this article, we will discuss all the important current affairs of 18th September 2021 in detail.

1. In collaboration with ISRO and the CBSE, Niti Aayog has launched a ‘Space Challenge’ for school kids.

3. The government has launched a nationwide free telemedicine consultation and prescription medicines service.

4. The deadline for connecting PAN and Aadhaar has been extended until March 2022 by the government.

5. The Ministry of Power will establish district-level committees to oversee all power-related schemes.

7. Yogi Adityanath, the Chief Minister of Uttar Pradesh, has launched the “UP Matra Bhumi Yojana.”

8. The Chief Minister of Meghalaya has launched the ‘MyMeG’ programme to improve governance.

10. UNDP, HDFC, and the Greater Noida Authority have signed a memorandum of understanding for a dry waste management facility.

12. In Andhra Pradesh, Vodafone Idea and Celltick have teamed up to deploy a public alert and warning system.

13. After the IT share touched a new high, Tata Consultancy Services (TCS) became the second listed company and the first information technology (IT) firm to cross the Rs 13 lakh crore market valuation.

14. Kriti Sanon has been named as Fossil’s India brand ambassador.

15. A 12-year-old Mumbai boy has been named the International Young Eco-Hero of the Year for his project to save Powai Lake in 2021.

16. Manipur’s famous Sirarakhong Chilli and Tamenglong Orange have been given a GI tag.

17. Jhumpa Lahiri’s book “Translating Myself and Others”

21. The 18th of September is World Water Monitoring Day.