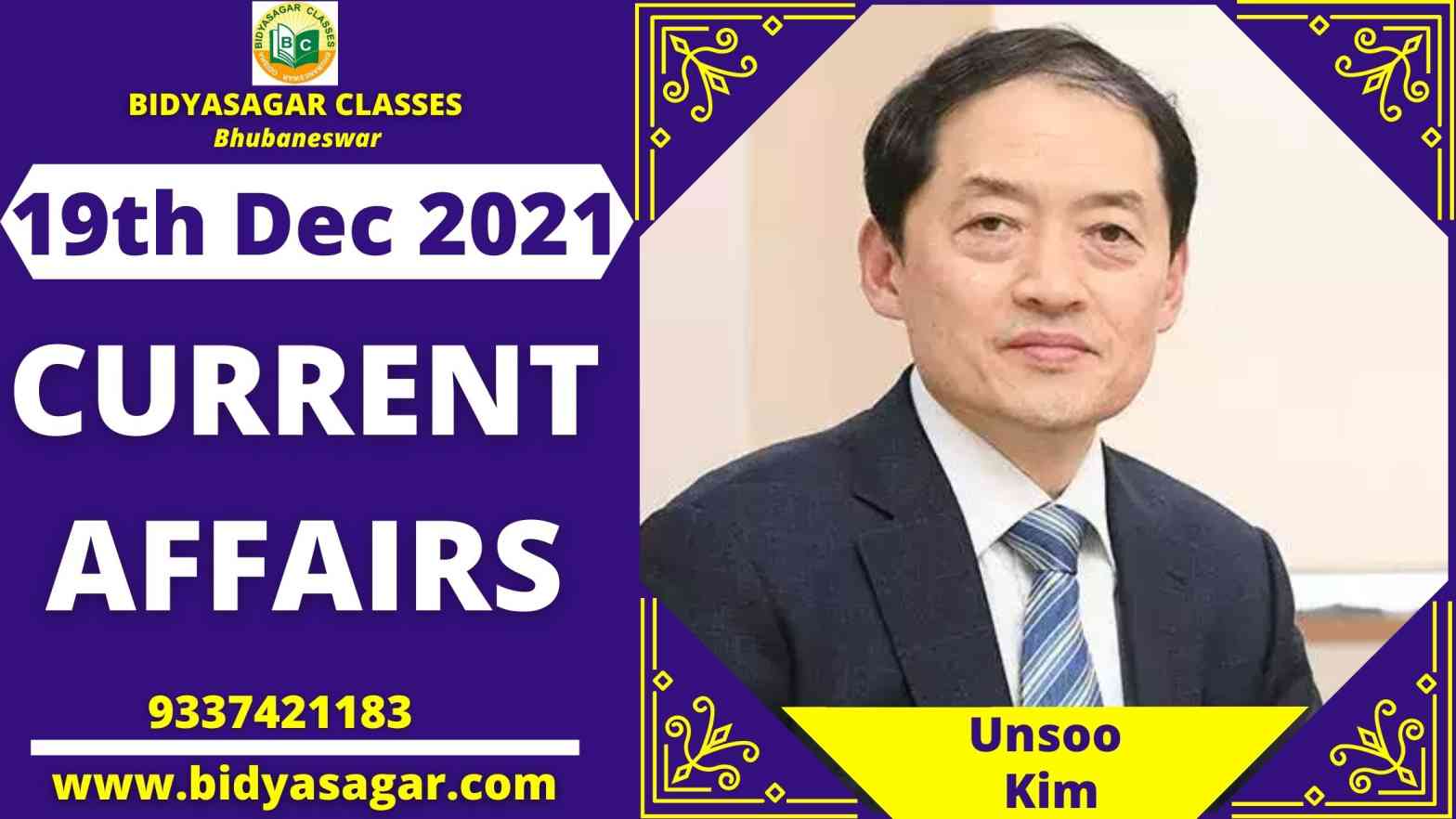 In this article, we will discuss all the important current affairs of 19th Dcember 2021 in detail.

2. The Centre has given its approval in principle for six nuclear reactors in Jaitapur, Maharashtra.

3. The proposal to raise the marriage age for women from 18 to 21 years old was approved by the Cabinet.

5. India and Vietnam have inked an agreement to form a relationship in the fields of digital media and information technology.

6. PM Modi was ranked eighth on the list of the World’s Most Admired Men in 2021.

7. The Reserve Bank of India (RBI), in conjunction with the Ministry of Finance’s Department of Financial Services (DFS), has decided to allow scheduled payments banks and scheduled small finance banks (SFBs) to perform government agency business.

10. Home loans are available through a partnership between Union Bank of India and Home First Finance.

11. TVS Motor and BMW Motorrad have teamed up to develop electric vehicles.

12. Arvind Kumar has been named the Director General of India’s Software Technology Parks.

16. A book on Yogi Adityanath “The Monk Who Transformed Uttar Pradesh”; authored by Shantanu Gupta