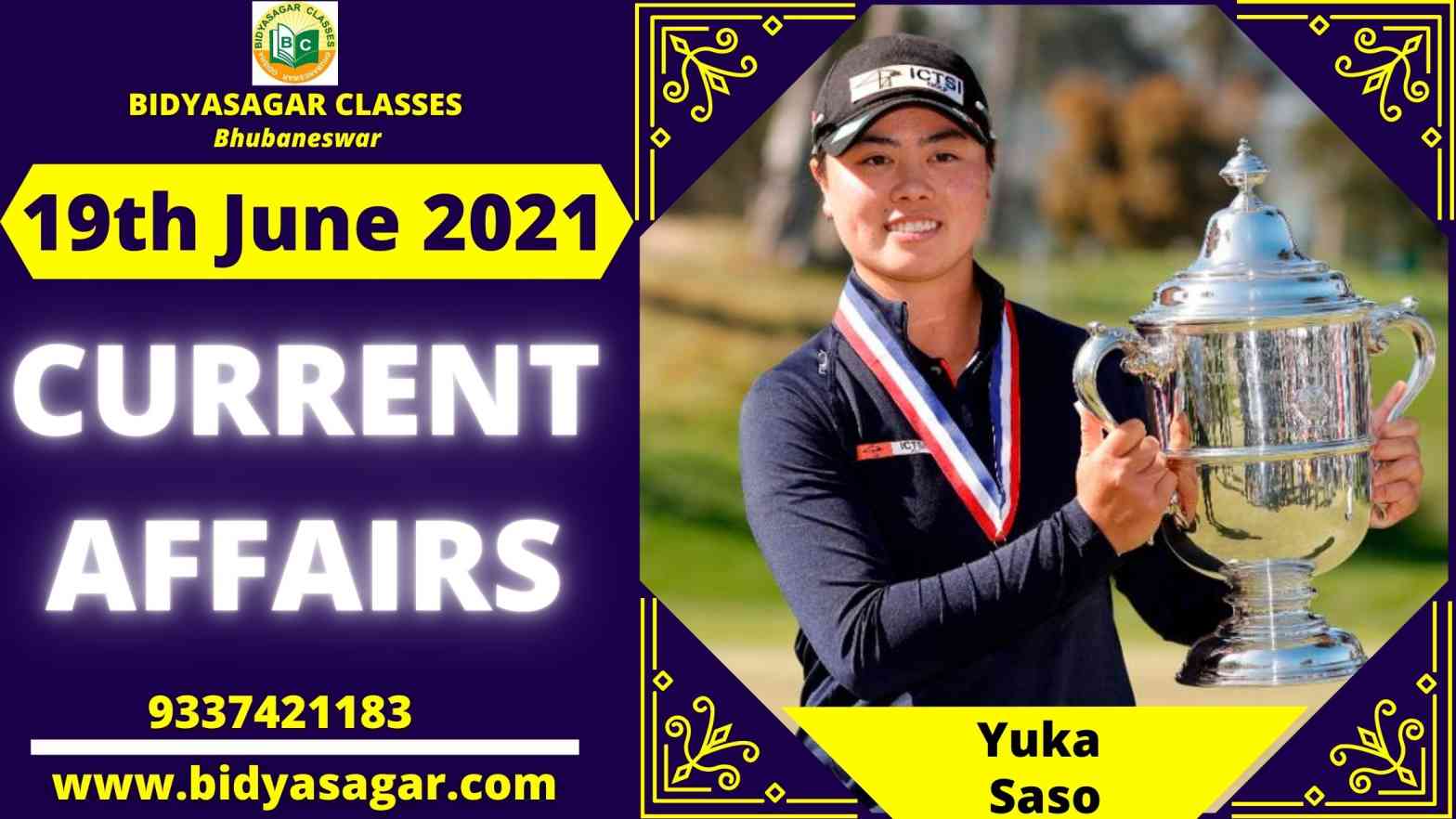 In this article, we will discuss all the important current affairs of 19th June 2021 in detail.

2. The government has extended the validity of the Udyog Aadhaar Memorandum from March 31 to December 31.

3. Rajasthan’s government plans to establish a Vedic Education and Sanskar Board.

4. In the Gulf of Aden, the INS Trikand, a mission sent for anti-piracy operations, took part in the first IN – EUNAVFOR Joint Naval Exercise.

7. The United Kingdom and Australia have reached a historic free trade agreement.

8. India and Bhutan have signed a Memorandum of Understanding on Climate Change and Waste Management.

10. The Reserve Bank of India has released a Consultative Document on Microfinance Regulation.

12. In the recent year, the country’s foreign exchange reserves increased by US$103 billion.

13. In April-May this year, India’s total exports, including merchandise and services, were anticipated to be USD 98.29 billion.

14. Yuvraj Singh’s partnership with Puma India has been extended.

15. Aashish Chandorkar, a private citizen, has been named director of India’s WTO mission.

16. 19-year-old Yuka Saso wins the US Women’s Open in a tiebreaker.

18. The environmental organisation ‘Familial Forestry’ has been awarded a prestigious UN award.