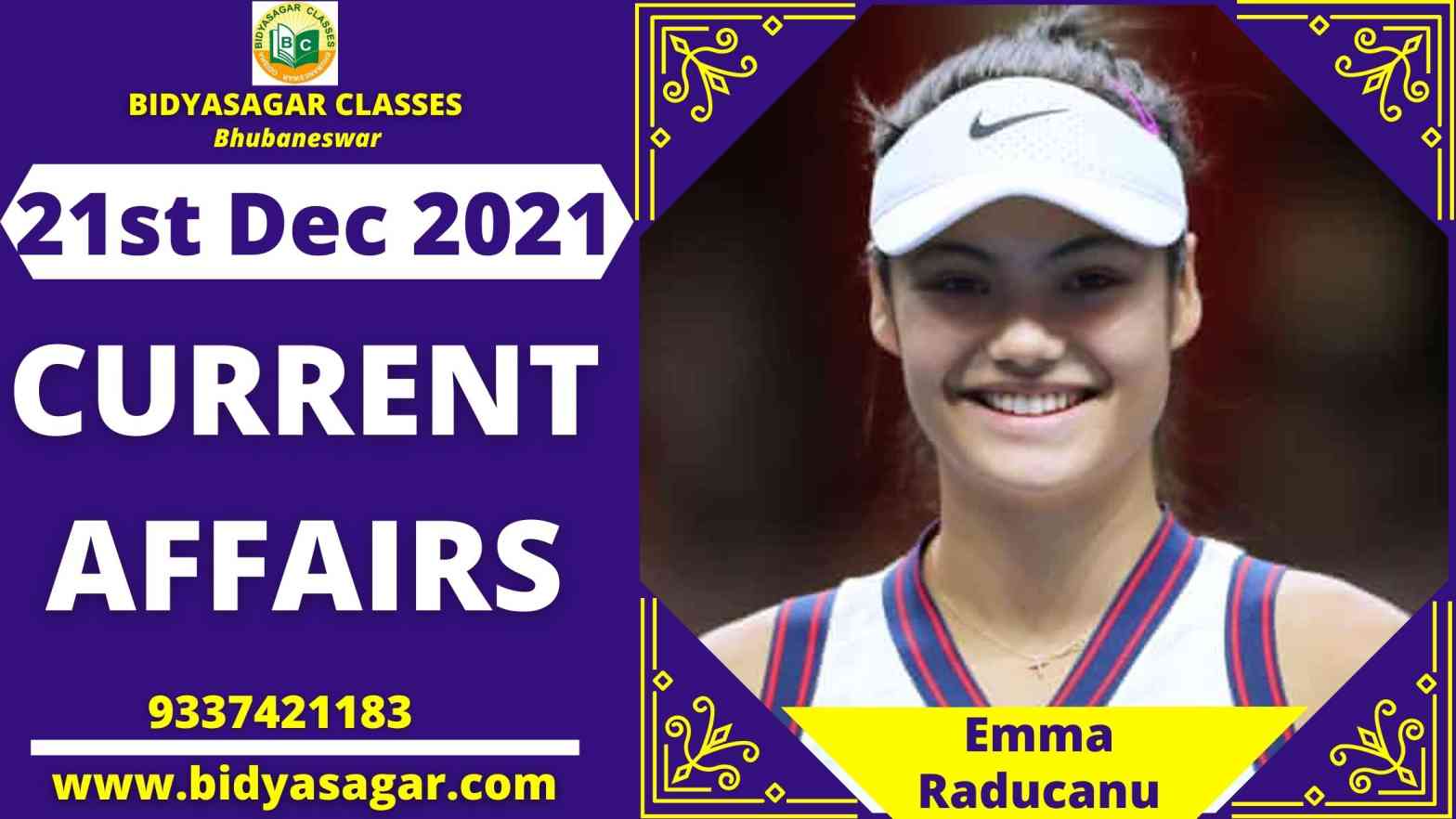 In this article, we will discuss all the important current affairs of 21st Dcember 2021 in detail.

7. The Government of India and the German Development Bank (KfW) have agreed to a loan of EUR 442.26 million for the Surat Metro Rail Project.

10. Rishabh Pant has been named ‘State Brand Ambassador’ by Uttarakhand.

11. The Indian Newspaper Society has named Mohit Jain as its next president.

12. Emma Raducanu has been named BBC Sports Personality of the Year for the year 2021.