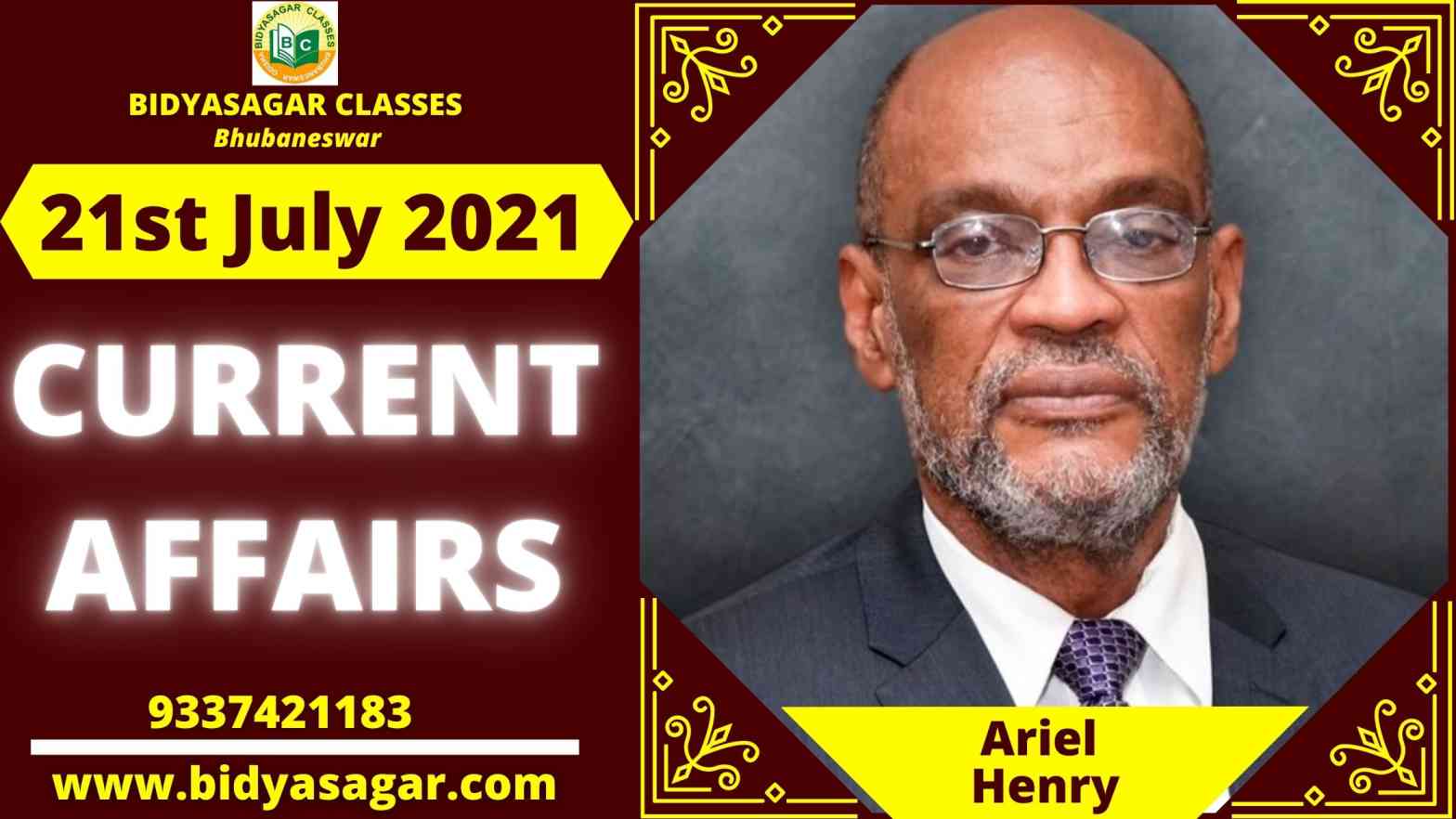 In this article, we will discuss all the important current affairs of 21st July 2021 in detail.

3. All National Games medalists in Assam would be given jobs by the state government.

6. The government of Andhra Pradesh will create a flagship startup promotion scheme.

8. Yami Gautam and the Himachal Pradesh government have teamed up to launch the ‘Baccho Ka Sahara, Phone Humara’ project.

9. The S-500 missile system was successfully tested by Russia.

11. Qatar Airways is the first airline in the Middle East to join IATA’s Turbulence Aware platform.

13. ‘Made in India’ will be acquired by YouTube. Simsim is a video e-commerce platform.

14. Ariel Henry has been sworn in as Haiti’s next Prime Minister.

16. Viswanathan Anand is the winner of the Sparkassen Trophy.

17. Mongolia, Tajikistan, and Switzerland have been accepted as new Associate Members of the International Chamber of Commerce.