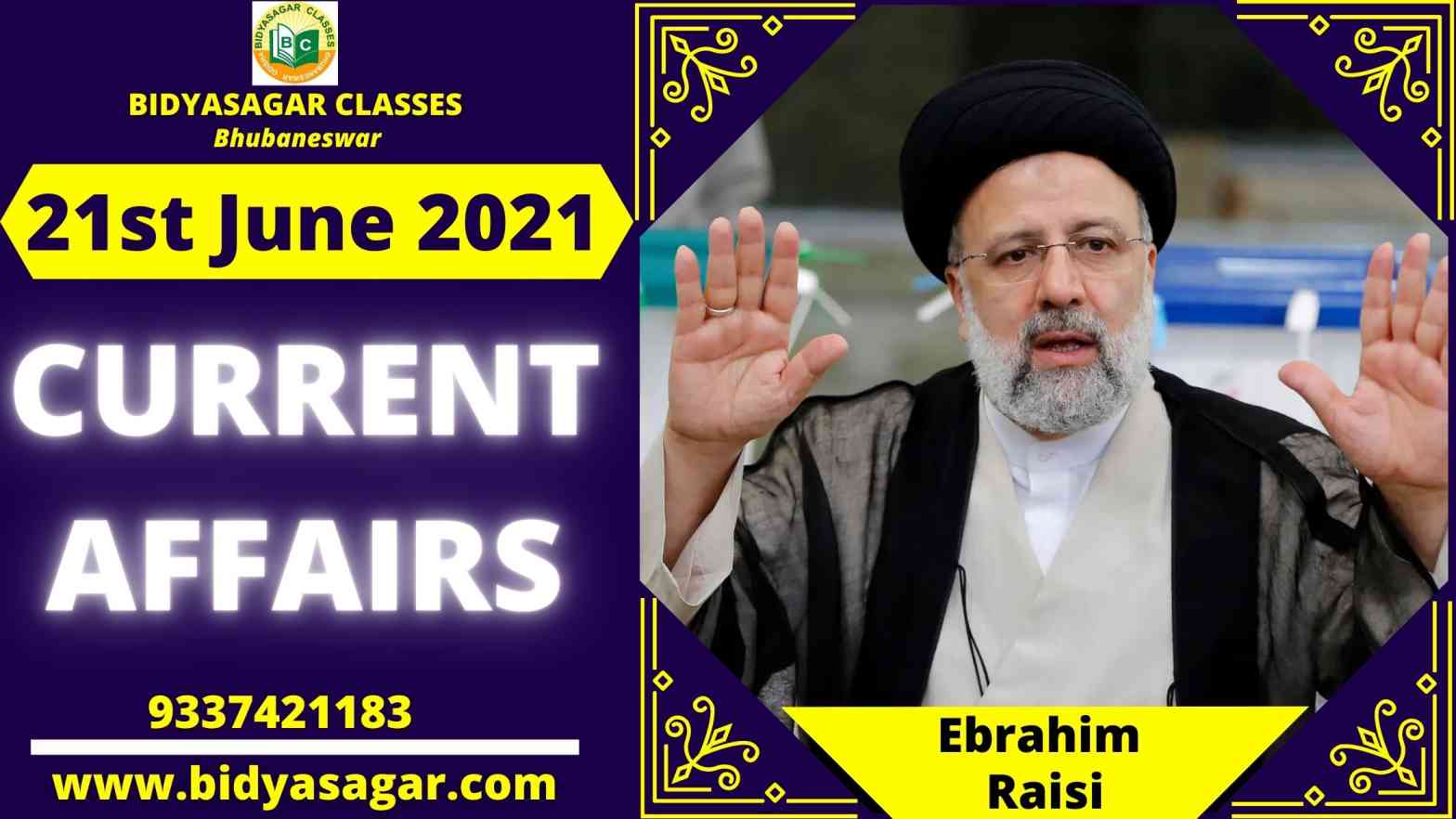 In this article, we will discuss all the important current affairs of 21st June 2021 in detail.

2. To raise awareness about Corona vaccine, the “Jaan Hai To Jahaan Hai” campaign was launched: Naqvi

3. The bill for inland vessels has been approved by the Cabinet.

5. In the Indian Ocean, India and Japan perform a bilateral naval drill.

6. Bengaluru is the most livable city in the world, according to the Ease of Living Index.

7. In a bid to promote renewable energy, India and the United States have formed a hydrogen task force.

8. Montek Ahluwalia has been appointed to the World Bank and IMF’s High Advisory Group.

9. In Iran’s presidential election, Ebrahim Raisi wins by a landslide.

11. Sahyadri, Kiltan, and Khukri have been named the Best Ships of the Eastern Naval Command.

13. In Botswana, the world’s third-largest diamond was discovered.

15. Bishnupada Sethi’s ‘Beyond Here And Other Poems’ is published by Naveen Patnaik.

18. International Day Of The Celebration Of The Solstice: 21st June