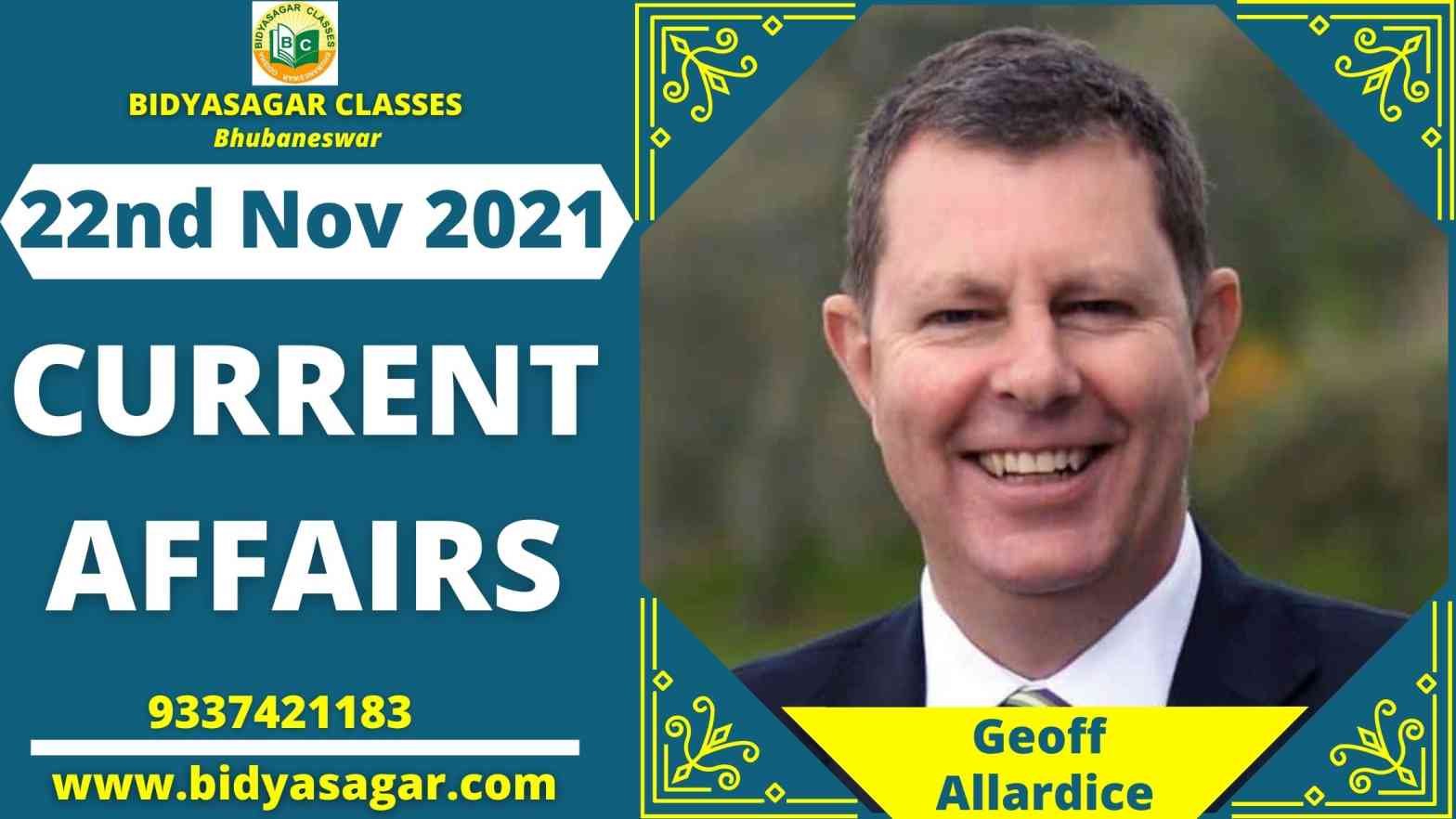 In this article, we will discuss all the important current affairs of 22nd November 2021 in detail.

1. On Karthika Purnima, which is also known as Boita Bandana, Odisha celebrated the ‘Boita Bandana’ Festival at various water bodies throughout the state.

2. Sarbananda Sonowal, Minister of AYUSH, has announced the expansion of the NEIAFMR in Arunachal Pradesh.

3. The Indian Navy has commissioned the INS Visakhapatnam.

5. RBL Bank has been permitted by the RBI to collect direct taxes.

7. Geoff Allardice has been named as the ICC’s next permanent CEO.

9. The International Cricket Council has named Geoff Allardice as its permanent CEO.

10. India wins seven medals at the Asian Archery Championships in Dhaka in 2021.

11. Pratham was awarded the Indira Gandhi Peace Prize in 2021 for educational activities.

12. Gurmeet Bawa, a veteran Punjabi folk singer, died at the age of 77.