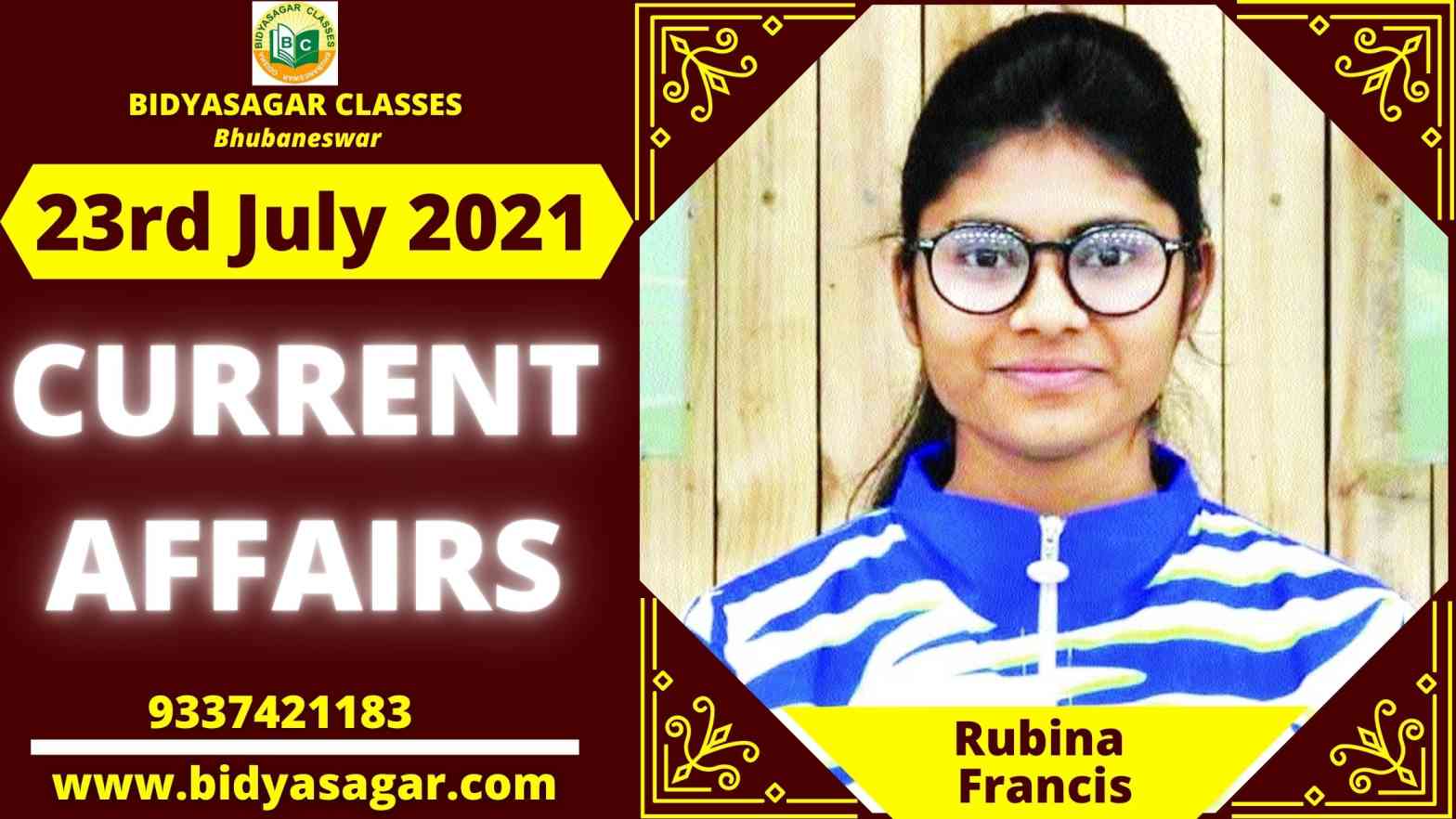 In this article, we will discuss all the important current affairs of 23rd July 2021 in detail.

1. The Union Cabinet has approved the PLI Scheme for Specialty Steel, which includes Rs 6,322 crore in incentives.

2. The Cabinet approves the establishment of the Central University of Ladakh.

3. The Union Cabinet has approved the formation of an Integrated Multi-purpose Infrastructure Development Corporation for Ladakh.

4. APEDA works with officials in Ladakh to promote distinctive agricultural products and raise farmers’ income in the region.

5. In the Bay of Bengal, India and the United Kingdom are conducting a massive wargame.

6. In the current UNESCAP Global Survey on Digital and Sustainable Trade Facilitation, India receives a score of 90.32 percent.

7. The Reserve Bank of India is intending to establish a central bank digital currency in the near future.

8. Bank of Baroda and U GRO Capital have teamed up to co-lend to SMEs.

12. JNCASR is ranked among the best institutions in the field of materials science.

13. The Stranger In The Mirror, an autobiography by Rakeysh Omprakash Mehra, has been announced.

15. The Vice President publishes the book ‘Palleku Pattabhishekam,’ which is about rural India and agriculture.