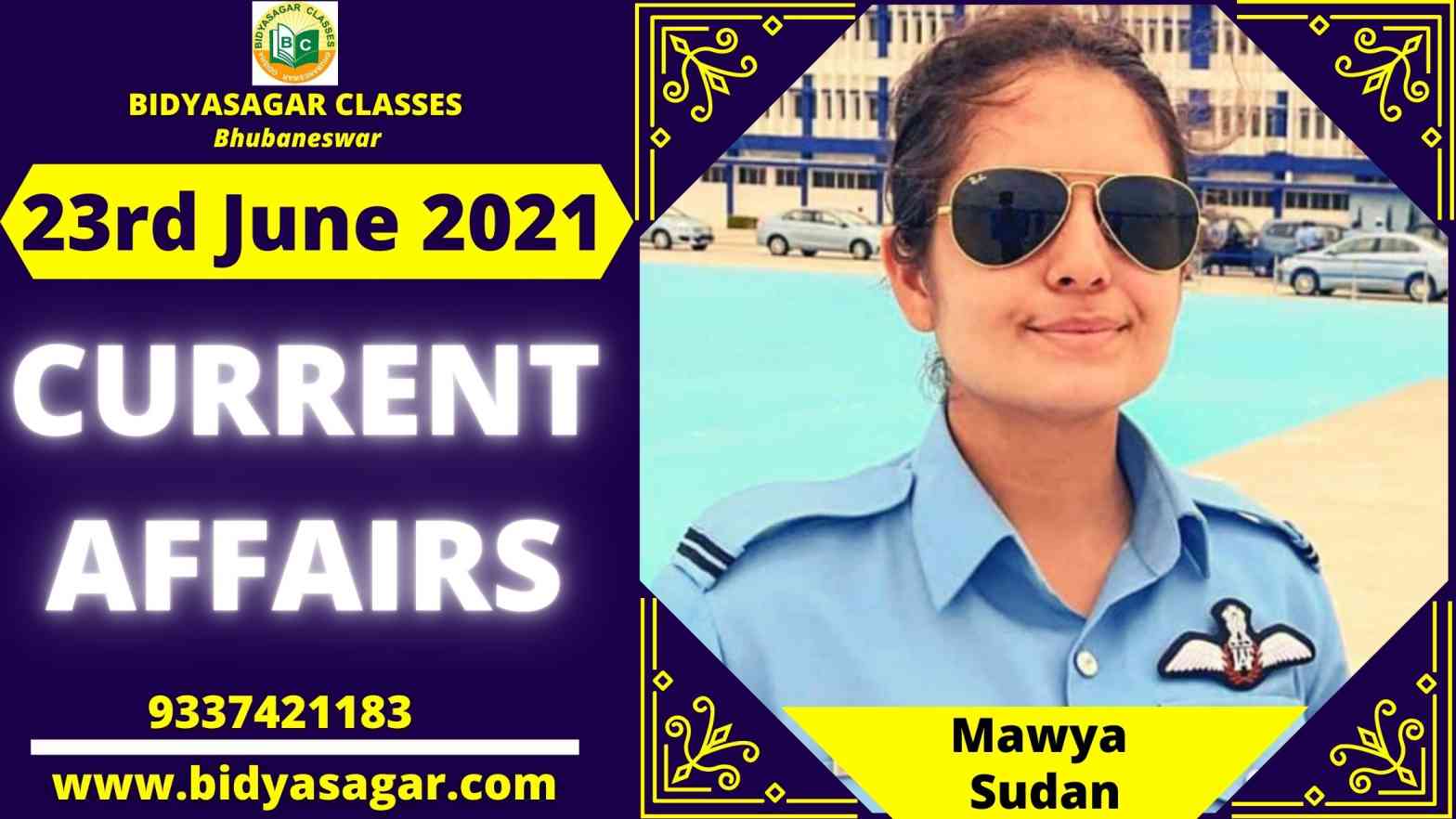 In this article, we will discuss all the important current affairs of 23rd June 2021 in detail.

1. The Minister of Minority Affairs has started a public awareness campaign called “JaanHaiToJahaanHai.”

2. The Chief Minister of Odisha has announced a unique scheme to help orphans.

4. The Gujarat government has given preliminary clearance to a Rs 102 million programme to prevent marine salt from entering coastal villages in Saurashtra.

5. The government has announced the establishment of five Divyangta Khel Kendras across the country.

7. The National Human Rights Commission has formed a seven-member team to investigate accusations of post-election violence in West Bengal.

8. A two-day meeting on green hydrogen efforts is being held in India.

10. The government has relaxed the listing requirements for companies with a market capitalization of more than Rs 1 lakh crore.

11. HFCs with assets over Rs 100 crore are permitted to use the SARFAESI law, according to the Finance Ministry.

12. The Indian Coast Guard has signed a deal with Goa Shipyard Ltd for the building of two pollution control vessels.

14. In Uttar Pradesh, Samsung has opened a display manufacturing facility.

17. The prestigious CEU Open Society Prize has been awarded to KK Shailaja for the year 2021.

18. Mawya Sudan, a J&K native, is the first woman fighter pilot in the Indian Air Force.

20. Yuri Ogorodnik, the former coach of the Indian Athletics Team, has died.

21. Widows’ Day is an annual event commemorating the loss of a spouse

22. Today is the International Olympic Day.

23. Day of Public Service at the United Nations