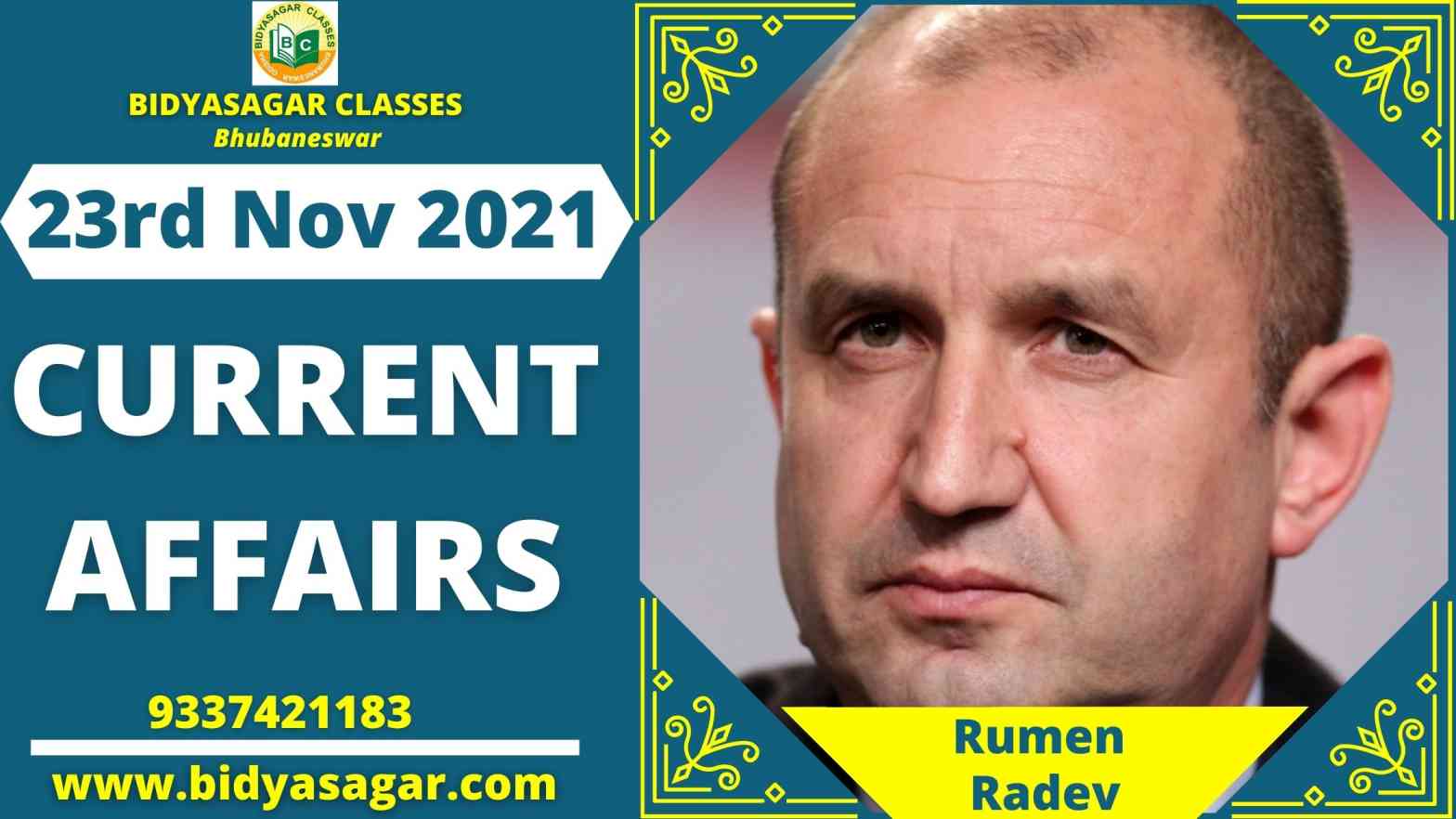 In this article, we will discuss all the important current affairs of 23rd November 2021 in detail.

2. At IIT Guwahati, Education Minister Dharmendra Pradhan inaugurates the Centres for Nanotechnology and the Centre for Indian Knowledge System.

7. The Guinness World Record for the world’s largest orchestra was set by 8,573 Venezuelan musicians.

10. SBI Research has raised its forecast for India’s GDP growth in fiscal year 2022.

11. Rumen Radev, the President of Bulgaria, has been re-elected.

12. Geoff Allardice is named permanent CEO of the ICC.

13. The 2021 Indonesia Masters Badminton Tournament is won by Kento Momota and An Seyoung.

15. Anita Desai has been awarded the Tata Literature Live! Lifetime Achievement Award for 2021.