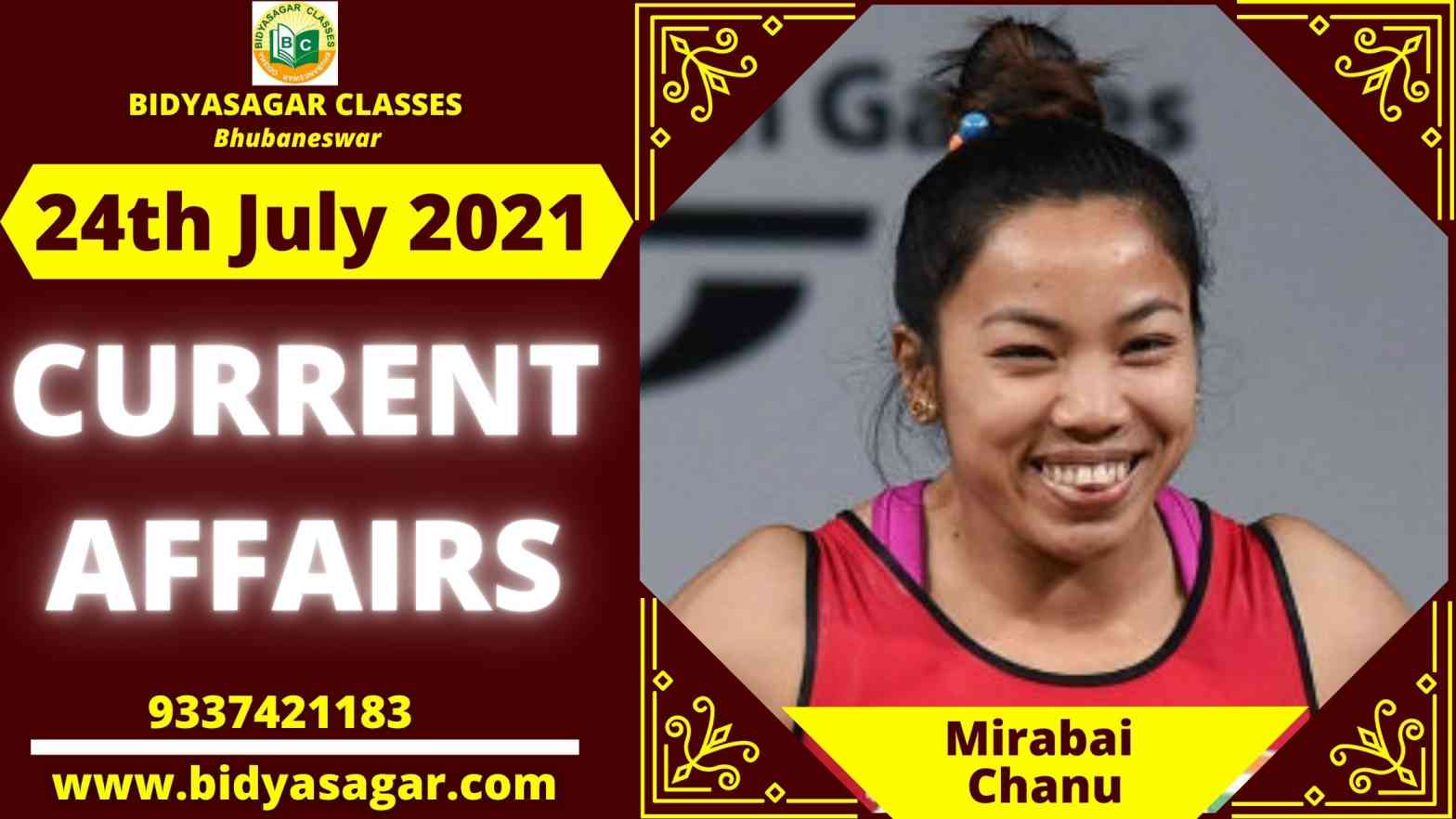 In this article, we will discuss all the important current affairs of 24th July 2021 in detail.

2. The Gujarat High Court was the first to begin live streaming of sessions.

3. Bangladesh is working on a social networking platform that will compete with Facebook and Whatsapp.

5. Multilink has announced a partnership with NSDL Payments Bank to establish a network of over 4,000 business correspondent agents in India.

8. Cisco and the National Skill Development Corporation (NSDC) have teamed up to help India improve its digital skills.

10. Bala Devi and Manisha Kalyan have been named as the winners of the annual AIFF awards.

12. Fakir Alamgir, a legendary folk musician and independence fighter from Bangladesh, has died.