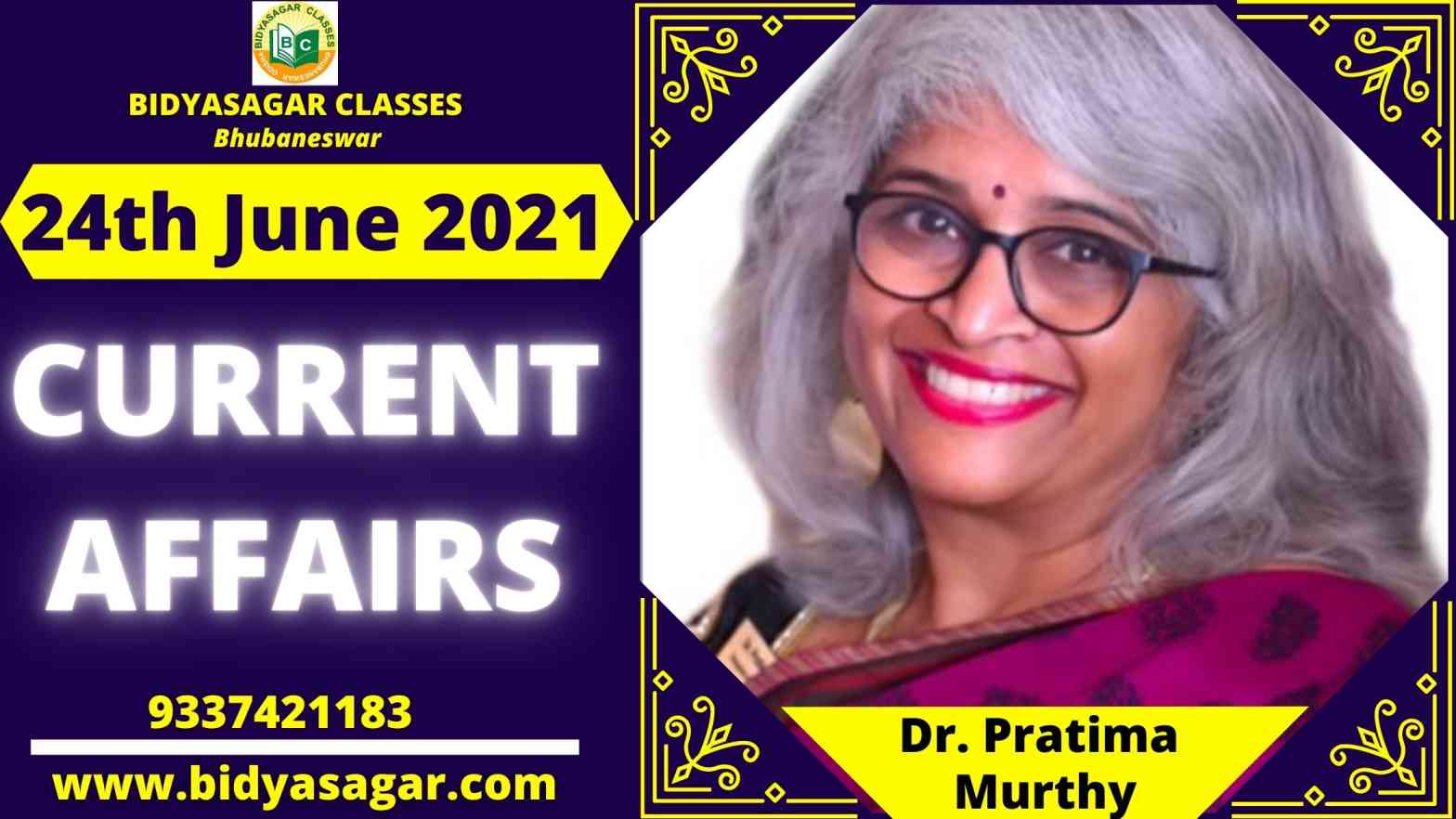 In this article, we will discuss all the important current affairs of 24th June 2021 in detail.

1. For Indo-Pacific stability, India establishes a new trilateral with Italy and Japan.

2. A high-level group made up of members from the services and the ministries concerned has been constituted to hold broader consultations on the development of integrated triservice theatre commands.

4. The Minister of Minority Affairs has launched a public awareness campaign called “JaanHaiToJahaanHai.”

6. Gujarat’s government has announced its electric vehicle policy for the next four years.

8. Bengaluru is ranked as one of Asia Pacific’s top five technology hubs.

10. SBM Bank and Paisabazaar have launched the Step Up Credit Card.

14. Pratima Murthy, a senior psychiatrist, has been named the new director of NIMHANS.

16. New Zealand is the first country to win the ICC World Test Championship.

18. The Inaugural List Of The Century’s Top Philanthropists Is Led By Jamsetji Tata.

19. Will Smith is a well-known actor. His autobiography, titled ‘Will,’ has been announced.