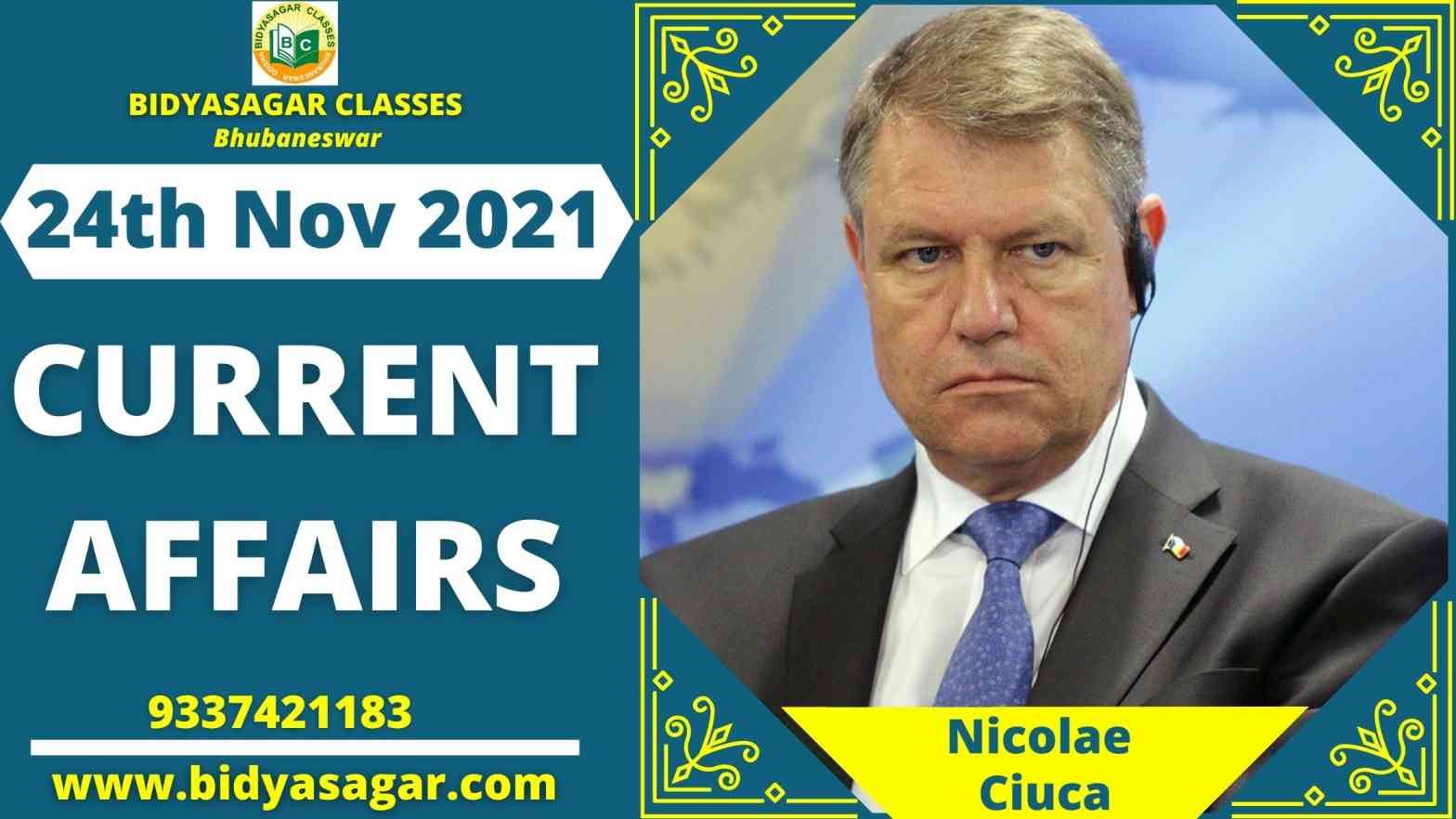 In this article, we will discuss all the important current affairs of 24th November 2021 in detail.

5. Tantya Bhil, a tribal figure, would be honoured with a railway station named after him, according to MP CM Patalpani.

6. The United States, Australia, and the United Kingdom have signed a vital agreement in the Nuclear Sub Alliance.

7. Wood-based products can help combat climate change, according to the FAO.

8. The Reserve Bank of India (RBI) has released the report of a working group on digital lending.

9. India and the Asian Development Bank (ADB) have agreed to a $300 million loan to enhance and expand basic health care in 13 states’ metropolitan areas.

11. Usman Shinwari has announced that he will no longer play red-ball cricket.

13. Pratham, a Mumbai-based NGO, has been awarded the Indira Gandhi Prize for Peace for the year 2021.

15. Syed Akbaruddin’s book India Vs. the United Kingdom: The Story of an Unprecedented Diplomatic Victory

16. The 24th of November is Guru Tegh Bahadur’s Martyrdom Day.