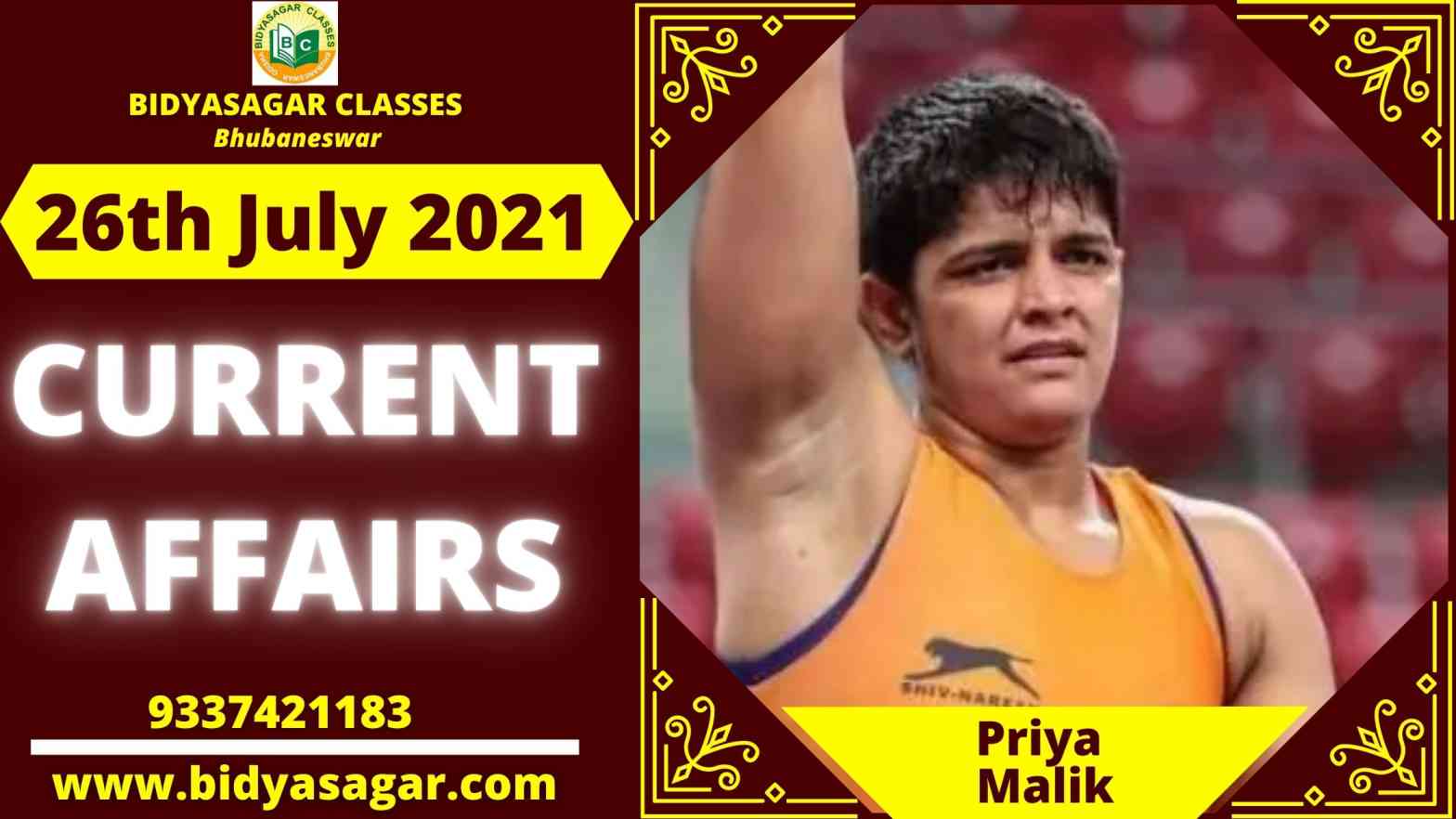 In this article, we will discuss all the important current affairs of 26th July 2021 in detail.

2. According to a WTO report, India is among the top 10 agricultural produce exporters in 2019.

11. The 26th of July is the International Day for the Conservation of the Mangrove Ecosystem.