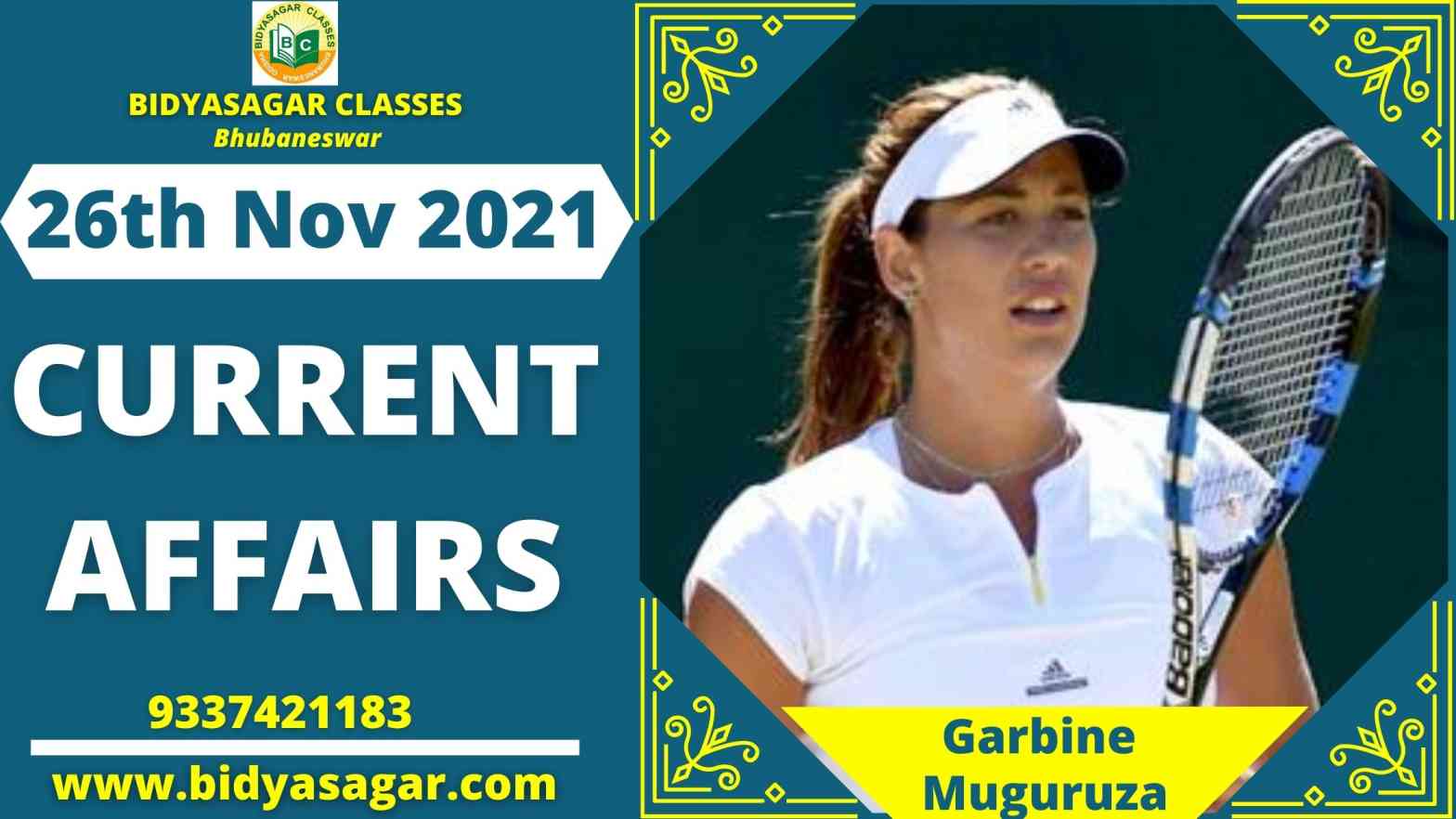 In this article, we will discuss all the important current affairs of 26th November 2021 in detail.

2. The Pradhan Mantri Garib Kalyan Ann Yojana (PMGKAY) has been extended until March 2022 by the Cabinet.

6. Cambodia hosted the 13th ASEM Summit, which was held virtually.

7. El Salvador intends to construct the first Bitcoin City in the world.

12. The Asian Development Bank has approved a USD1.5 billion loan to India for the purchase of COVID-19 vaccine.

16. Himachal Pradesh’s Kamdhenu Hitkari Manch has been picked as the ‘Best Milk Cooperative Society’ and has been awarded the ‘Gopal Ratna’ Award by the Ministry of Animal Husbandry, Dairying and Fisheries, Government of India.

18. Chun Doo-hwan, a former president of South Korea, has died at the age of 90.

19. The 26th of November is India’s Constitution Day.