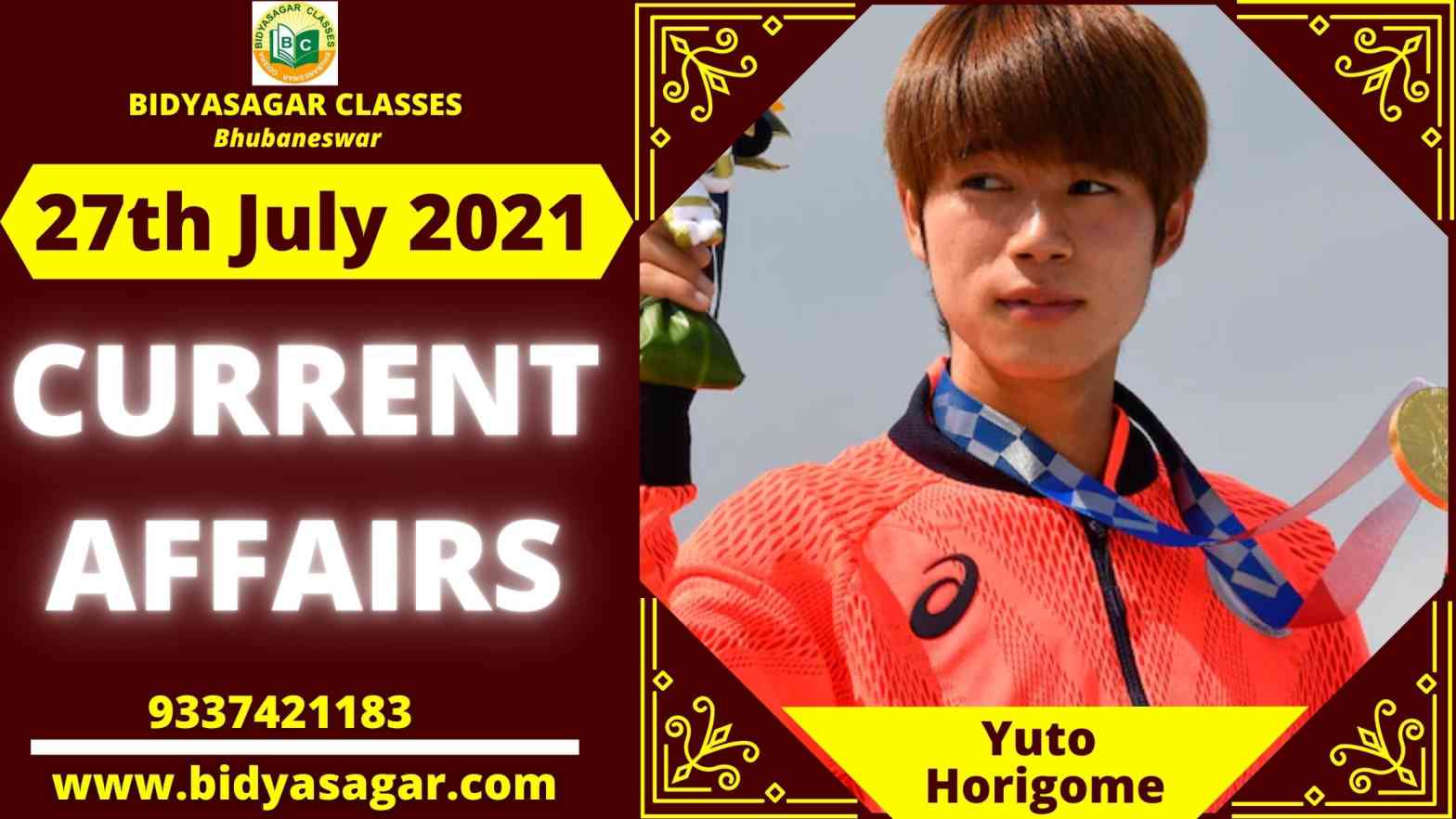 In this article, we will discuss all the important current affairs of 27th July 2021 in detail.

5. Philippines is the first country to allow the planting of Golden Rice.

6. Sweden is now a full member of the International Solar Alliance (ISA)

7. NASA has chosen SpaceX to launch the Europa Clipper mission to Jupiter.

16. The ‘Missile Man of India’ will inspire you to greatness on the anniversary of APJ Abdul Kalam’s death.