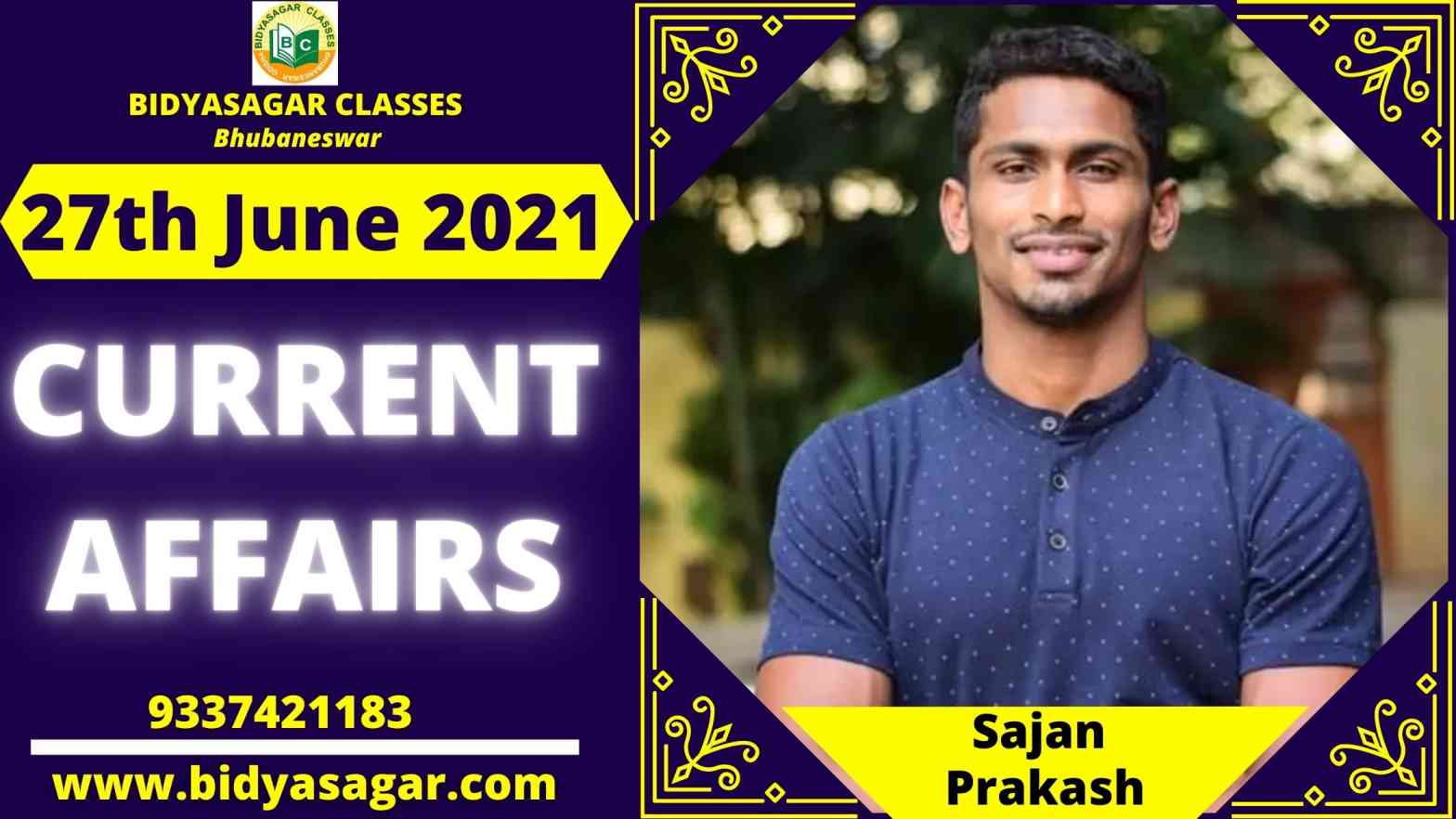 In this article, we will discuss all the important current affairs of 27th June 2021 in detail.

1.The government has extended the deadline for the FAME-II electric vehicle promotion plan to March 2024.

4. Ajit Doval, the National Security Advisor, is in Dushanbe for a meeting of the Shanghai Cooperation Organization (SCO).

5. Malta, Haiti, the Philippines, and South Sudan have been added to the Financial Action Task Force’s (FATF) grey list.

6. The World Bank has approved a loan of Rs. 925 crore for the second phase of the Rebuild Kerala project.

7. SBI Card and Fabindia have teamed up to launch the Fabindia SBI Card.

9. The Indian economy is expected to increase 8.4-10.1 percent this fiscal year, according to the NCAER.

10. Reliance Jio and Google Cloud will collaborate on 5G technology.

12. Sajan Prakash has qualified for the Tokyo Olympics for the first time.

13. Abhishek Verma wins the men’s individual gold at the World Cup in Paris.