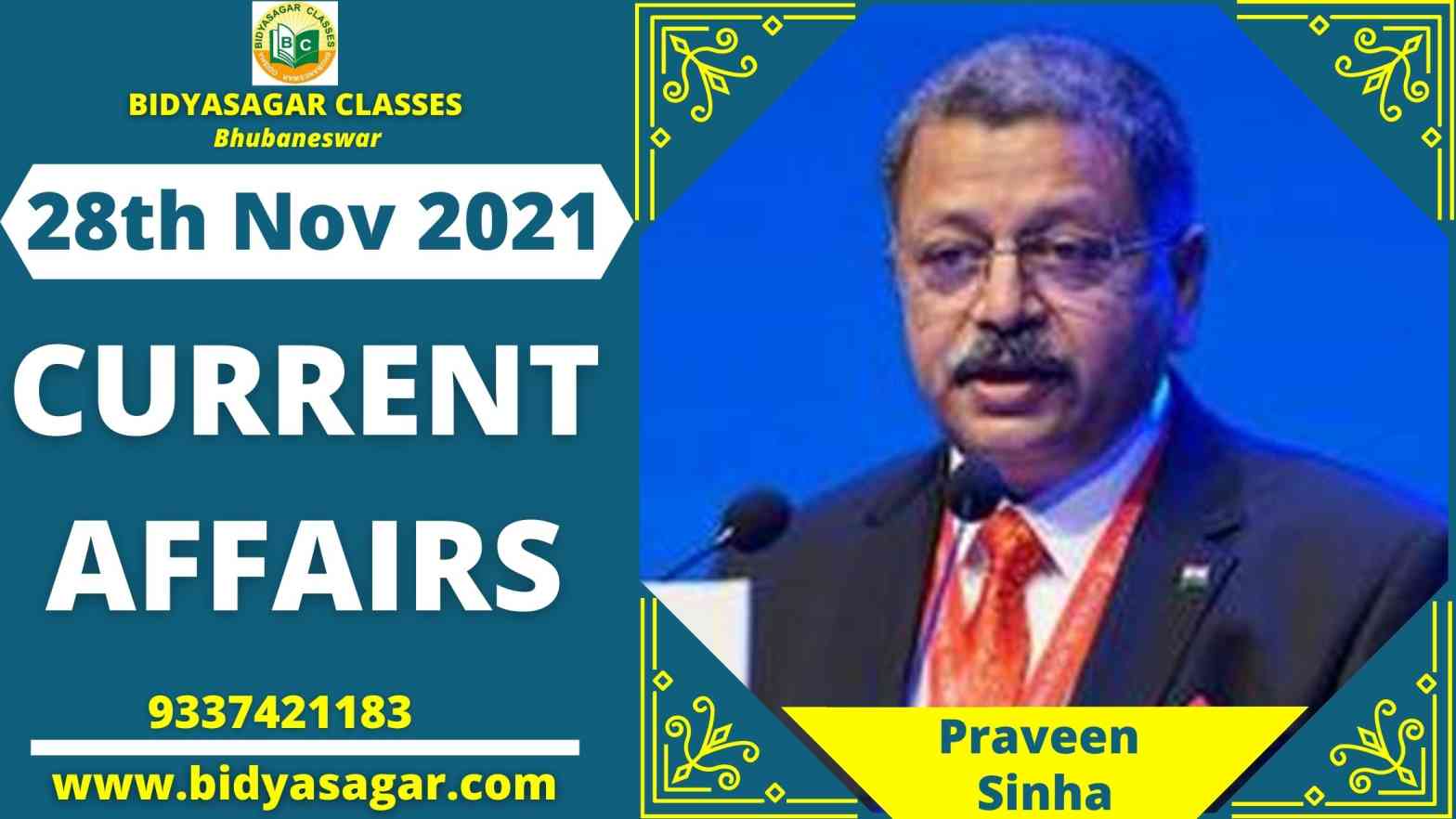 In this article, we will discuss all the important current affairs of 28th November 2021 in detail.

1. According to the NITI Aayog’s Multi-dimensional Poverty Index, Bihar has the highest level of multidimensional poverty, while Kerala has the lowest.

2. The state of Madhya Pradesh has announced the establishment of India’s first Cyber Tehsil.

3. According to the report, India ranks third in the world in terms of organ donation and transplantation.

4. Madhya Pradesh would be the first Indian state to establish cyber tehsils, according to Narottam Mishra.

5. India has made no progress in the fight against anaemia and childhood wasting, according to the Global Nutrition Report.

6. MakeMyTrip will collaborate with the Ministry of Civil Aviation to boost regional air connectivity.

7. After 15 years, the RBI raises the maximum on promoter holding in private banks to 26%.

8. SBI has been fined Rs 1 crore by the RBI. For breaking the rules

9. Praveen Sinha, an Indian candidate, was elected to the INTERPOL executive committee.