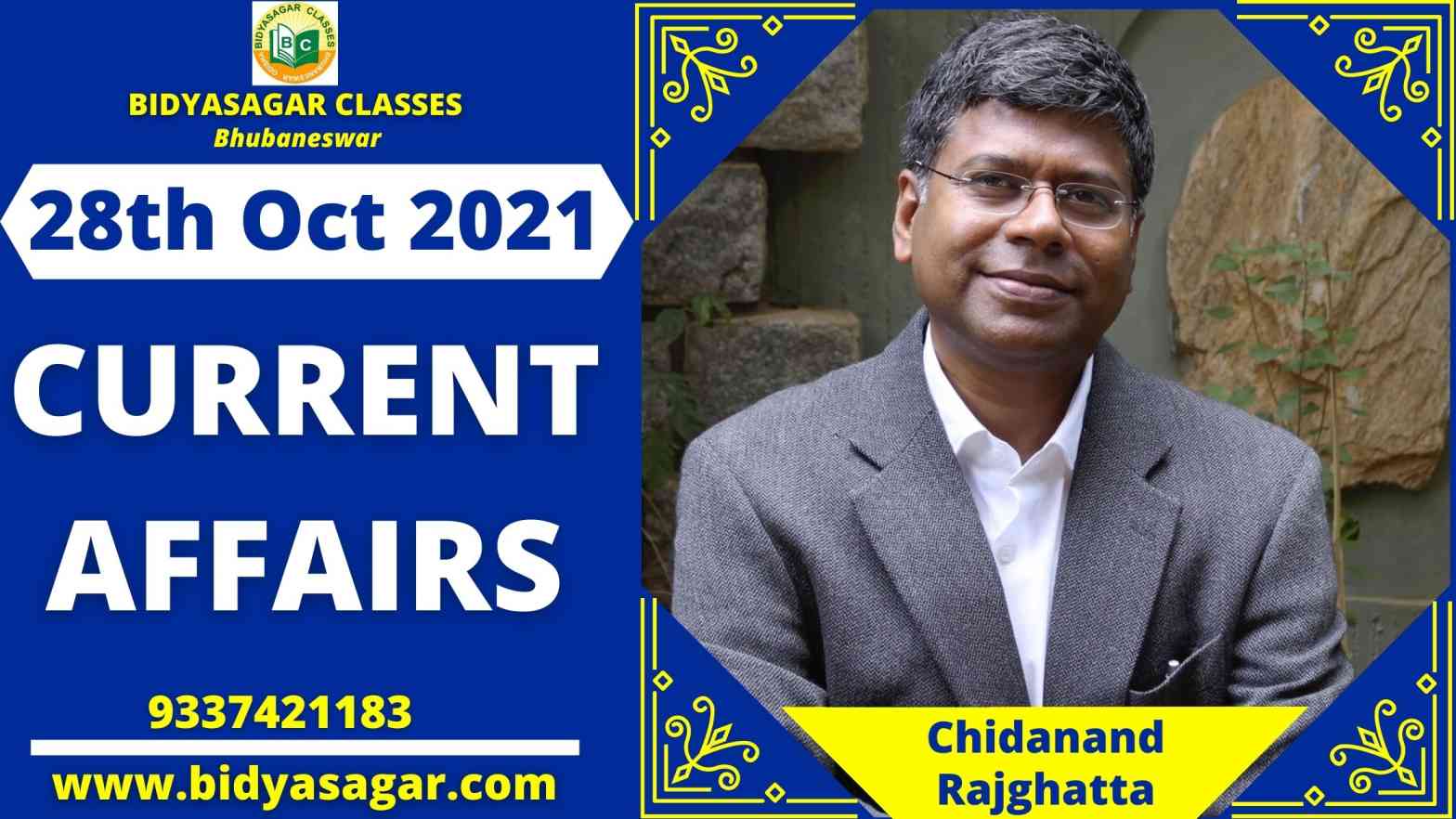 In this article, we will discuss all the important current affairs of 28th October 2021 in detail.

2. In Delhi and Chennai, the Centre plans to build two container-based mobile hospitals with 100 beds each.

3. India is the first significant power market in the world to establish the Green Day Ahead Market, which is dedicated solely to renewable energy.

4. The MSME Ministry has launched the “SAMBHAV” National Level Awareness Program, which will run until 2021.

5. The surface-to-surface ballistic missile Agni-5 was successfully test-fired by India.

8. HDFC Bank’s purchase of a 4.99 percent stake in HDFC ERGO is approved by CCI.

9. In Chennai, the Asian Development Bank and India signed a financing agreement for $251 million for Integrated Urban Flood Management.

12. The 28th of October is International Animation Day.