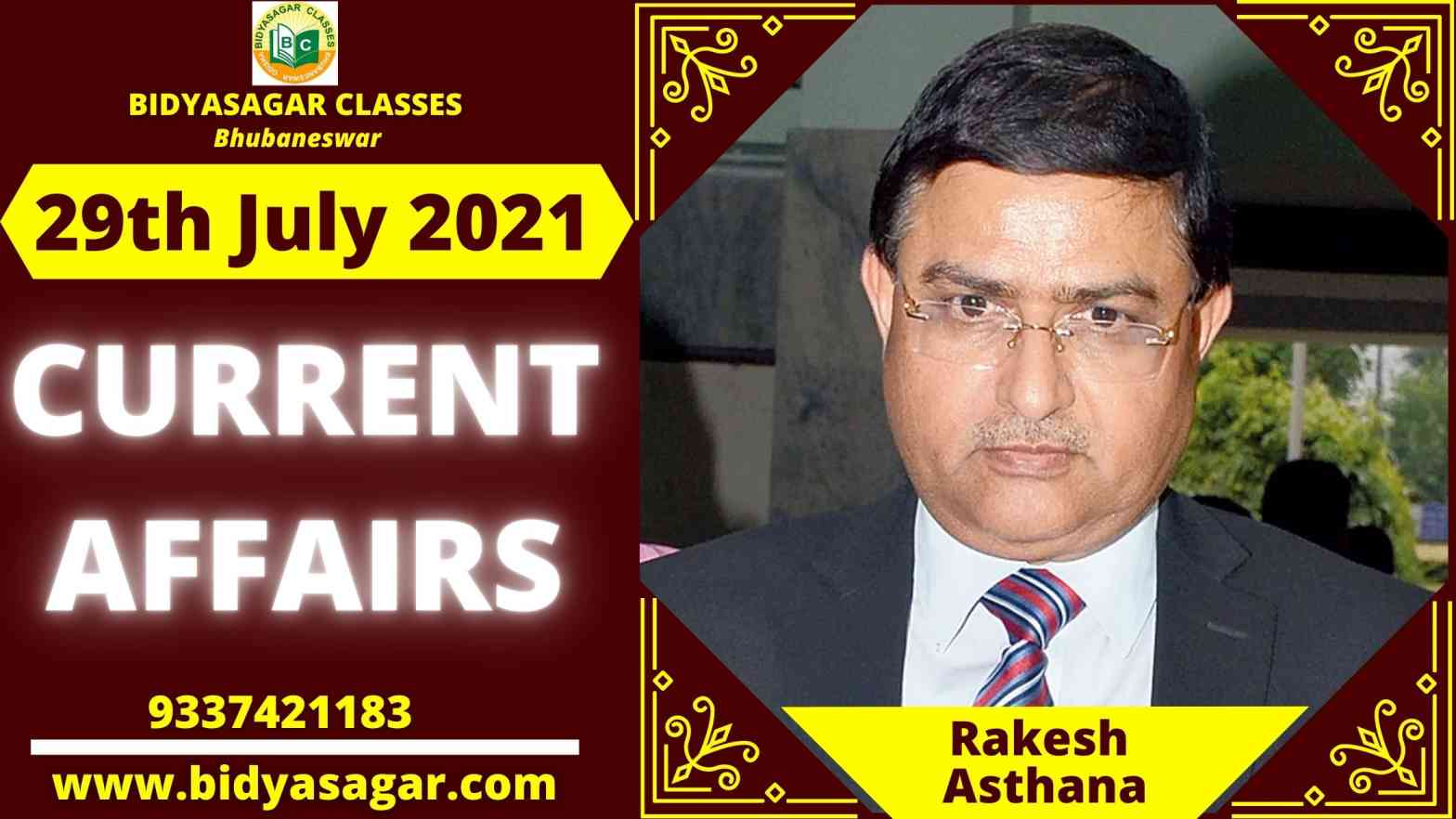 In this article, we will discuss all the important current affairs of 29th July 2021 in detail.

1. Indore has been chosen as the sole Indian city to participate in the International Clean Air Catalyst Program.

3. Odisha’s Puri becomes the first city in India to give 24-hour tap water that is safe to drink.

5. The Assam Chief Minister has laid the foundation stone for the Bamboo Industrial Park in Dima Hasao, Assam.

6. As a relief for numerous industries, the government announced a fund of Rs 29.87 lakh crore as part of the Atmanirbhar Bharat package.

7. Sitio Burle Marx, a Brazilian landscape garden, has been designated as a UNESCO World Heritage Site.

8. Uzbekistan is hosting a two-day symposium on Central and South Asia.

9. In FY21, SBI is at the top of the list of PSBs that have written down problematic loans.

11. Amazon India and InCred have teamed up to provide credit to e-commerce merchants.

12. Basavaraj Bommai has been elected as Karnataka’s 23rd Chief Minister.

13. Rakesh Asthana has been appointed as the Commissioner of the Delhi Police.

14. At the age of 13, skateboarder Momiji Nishiya becomes Japan’s youngest gold medalist ever.

15. Kanti Bajpai’s book “India Versus China: Why They Aren’t Friends”

16. Nandu Natekar, the Arjuna Award-winning badminton legend, has died at the age of 88.