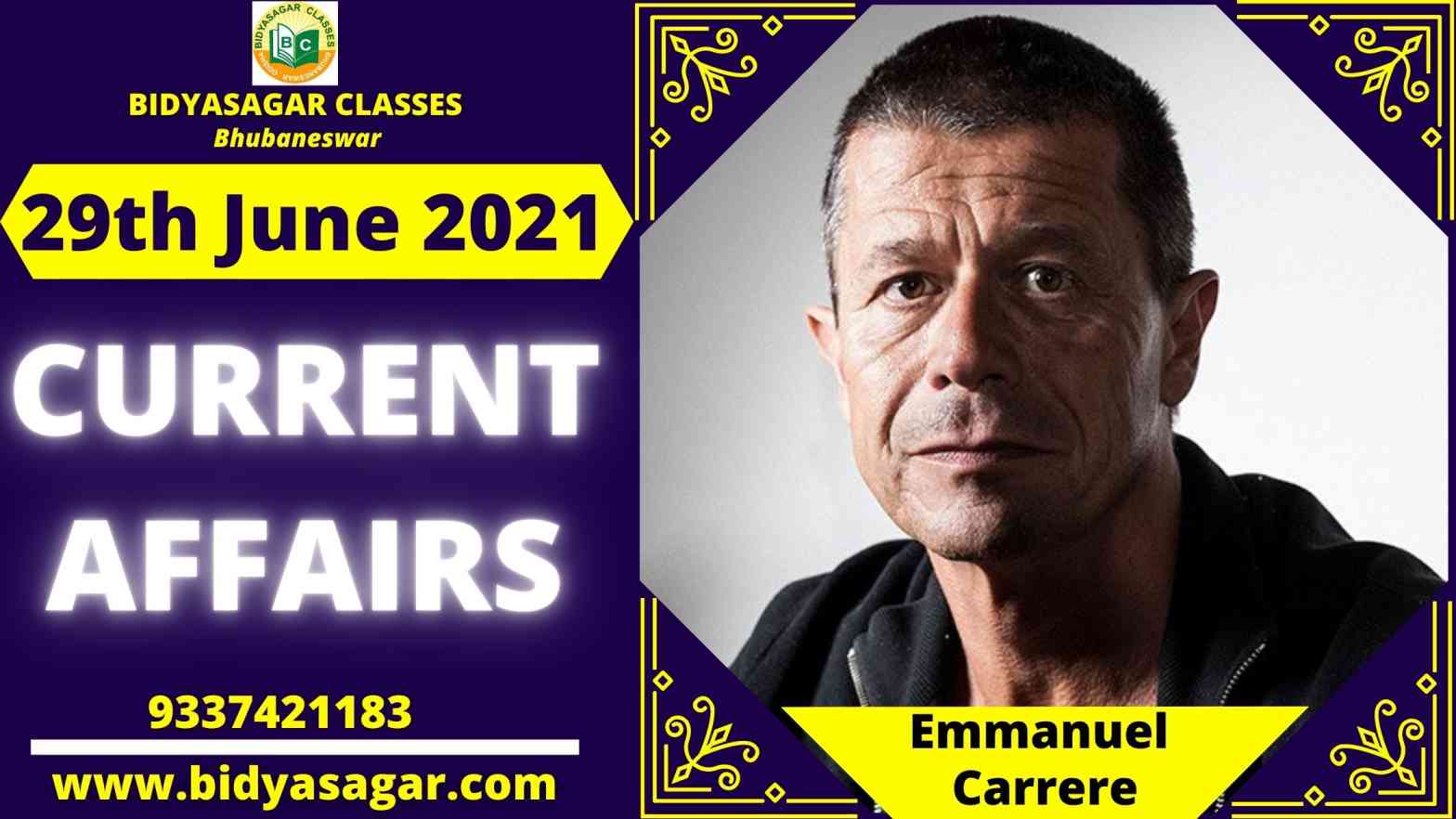 In this article, we will discuss all the important current affairs of 29th June 2021 in detail.

2. Ashgabat is the most expensive city in the world for foreign workers.

3. “Sea Breeze Drills” are being conducted by Ukraine and the United States.

4. Mastercard and Instamojo have teamed up to benefit SMEs and freelance workers.

6. The National Thermal Power Corporation (NTPC) has set a goal of installing 60 GW of renewable energy capacity by 2032.

7. A Californian has been appointed to Twitter’s board of directors. As India’s Grievance Officer, Jeremy Kessel

9. Manesh Mahatme is the new Head of Payments for WhatsApp in India.

10. Sweden’s Prime Minister Stefan Lofven resigned one week after losing a vote of no confidence, leaving it to the speaker of parliament to begin the search for a replacement.

13. Mongolia’s Highest Civilian Award is given to RK Sabharwal.

14. Emmanuel Carrere, a nonfiction author from France, has won a prestigious Spanish award.

15. “Fiercely Female: The Dutee Chand Story” is the title of a book. Sundeep Mishra is the author of this article.

16. The Chief Justice of India has published a book about India’s Changing Legal System.

17. Valerie Biden Owens, the sister of US President Joe Biden, will write a biography called “Growing Up Biden.”