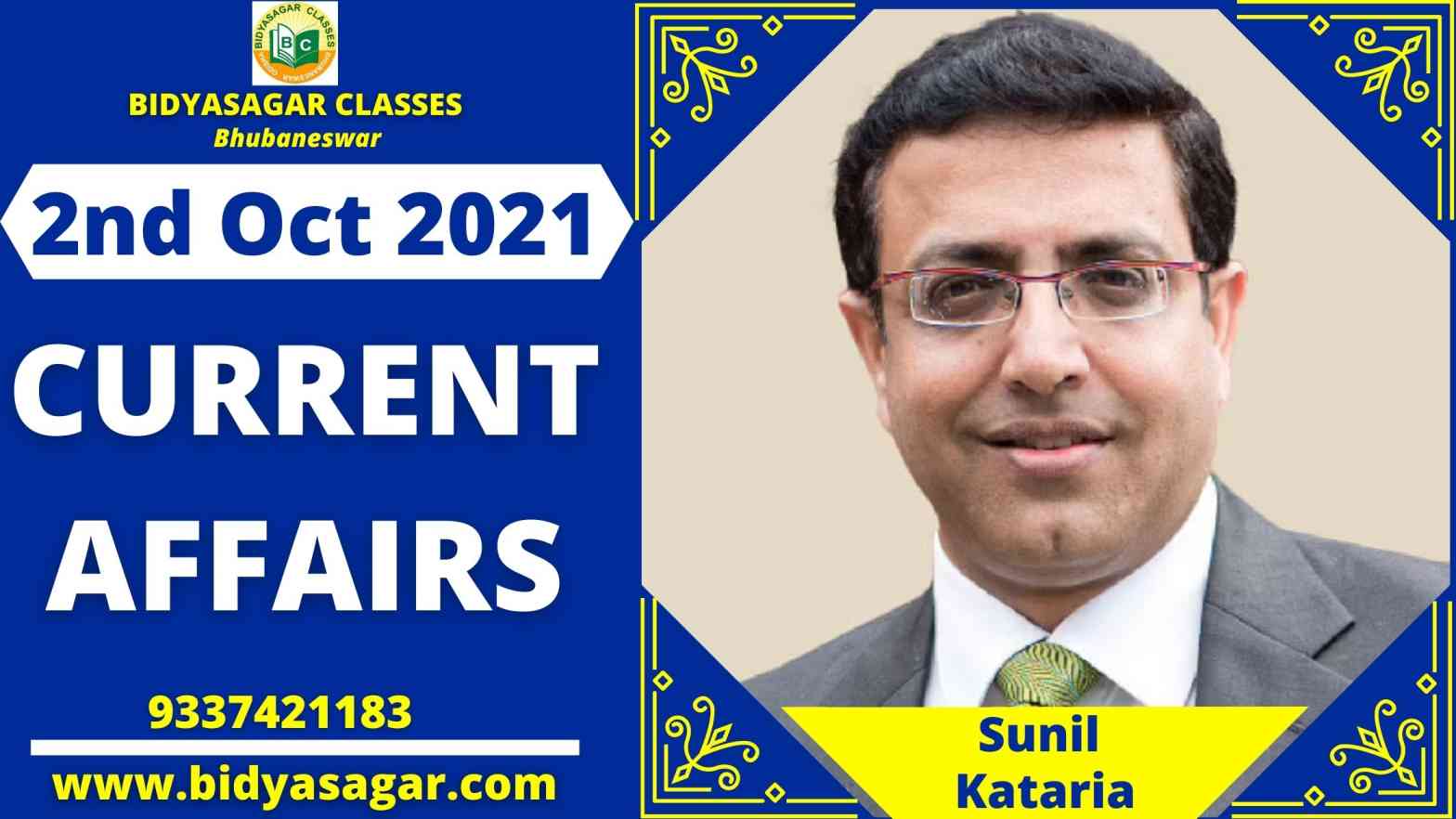 In this article, we will discuss all the important current affairs of 2nd October 2021 in detail.

3. According to Union Minister Gadkari, Delhi would be free of air, water, and noise pollution in three years.

6. Nagaland will hold a Hornbill Festival.

11. In India, Facebook has launched a Creator Education Program. To Assist Creators in Their Development

12. Sunil Kataria was re-elected as ISA Chairman for the sixth time in a row.

14. Padmaja Chunduru has been named NSDL’s new MD and CEO.

15. After a loss to Korea, India’s men finish third in the Asian Table Tennis Championships.

16. Birendra Lakra, the star of the Tokyo Olympics, has retired from international hockey.

19. Roger Hunt, a World Cup winner for England, has died.

20. Gandhi Jayanti is the birthday of Mahatma Gandhi.