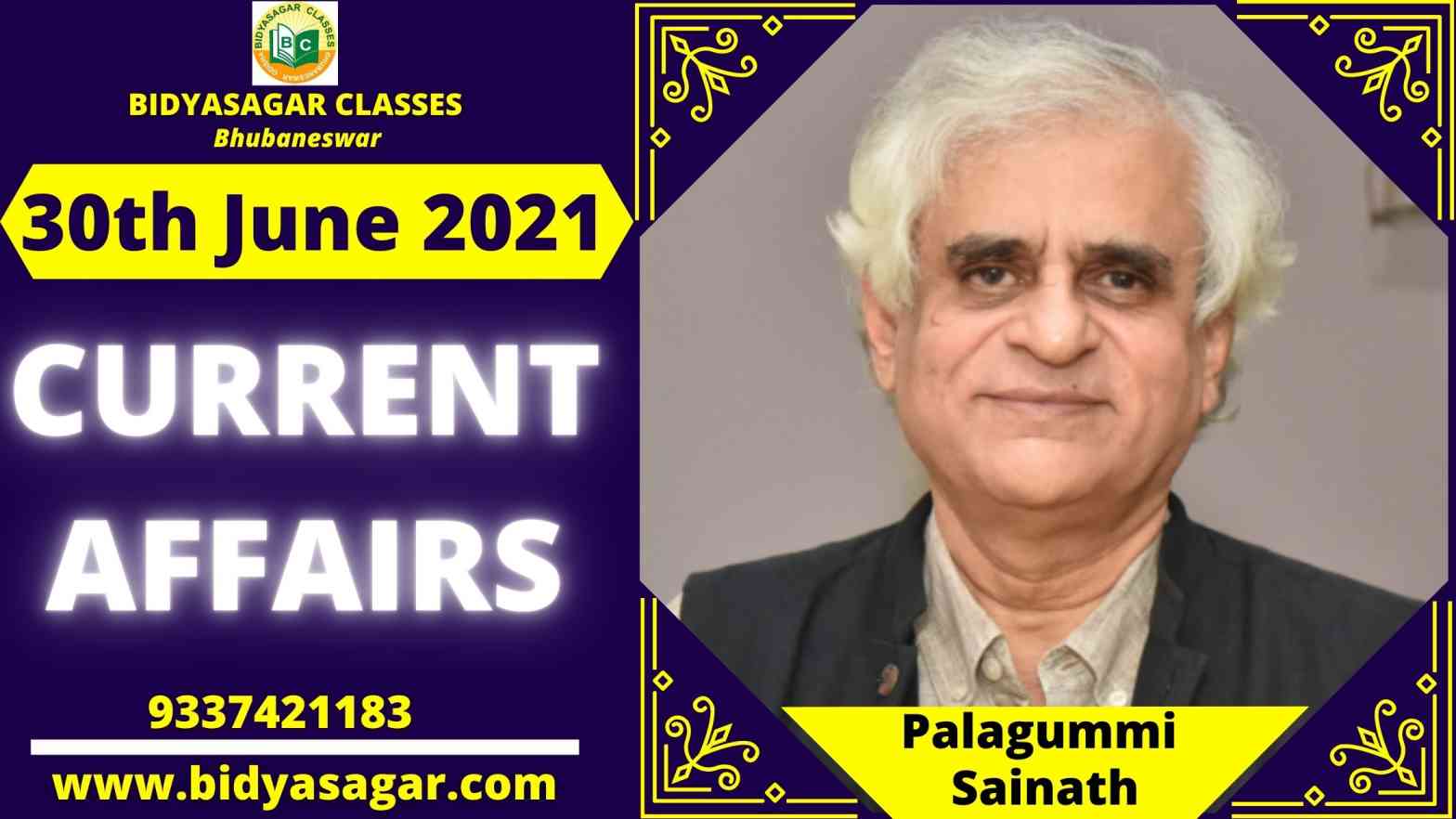 In this article, we will discuss all the important current affairs of 30th June 2021 in detail.

3. The United States has announced an additional USD 41 million in Covid-19 assistance to India.

4. In Baku, Turkey and Azerbaijan have begun joint military drills.

5. LowCarbon.Earth for Asia-Pacific will be launched by UNEP and Massive Earth Foundation.

7. The INS Tabar has been dispatched to take part in joint drills with allied navies.

11. The European Space Agency is set to hire the world’s first disabled astronaut.

14. The BCCI has confirmed that the 2021 T20 World Cup would be held in the United Arab Emirates.

15. Mithali Raj Back in Top Five of ICC ODI Rankings for Batswomen

16. P Sainath, a journalist, has won the Fukuoka Grand Prize in Japan.

17. A book titled “Kashmiri Century: Portrait Of A Society In Transition” was recently published.

18. “Policymaker’s Journal: From New Delhi to Washington, DC” is the title of a book. Kaushik Basu is the author of this article.

20. Parliamentary Day is a worldwide celebration of the institution of parliament.