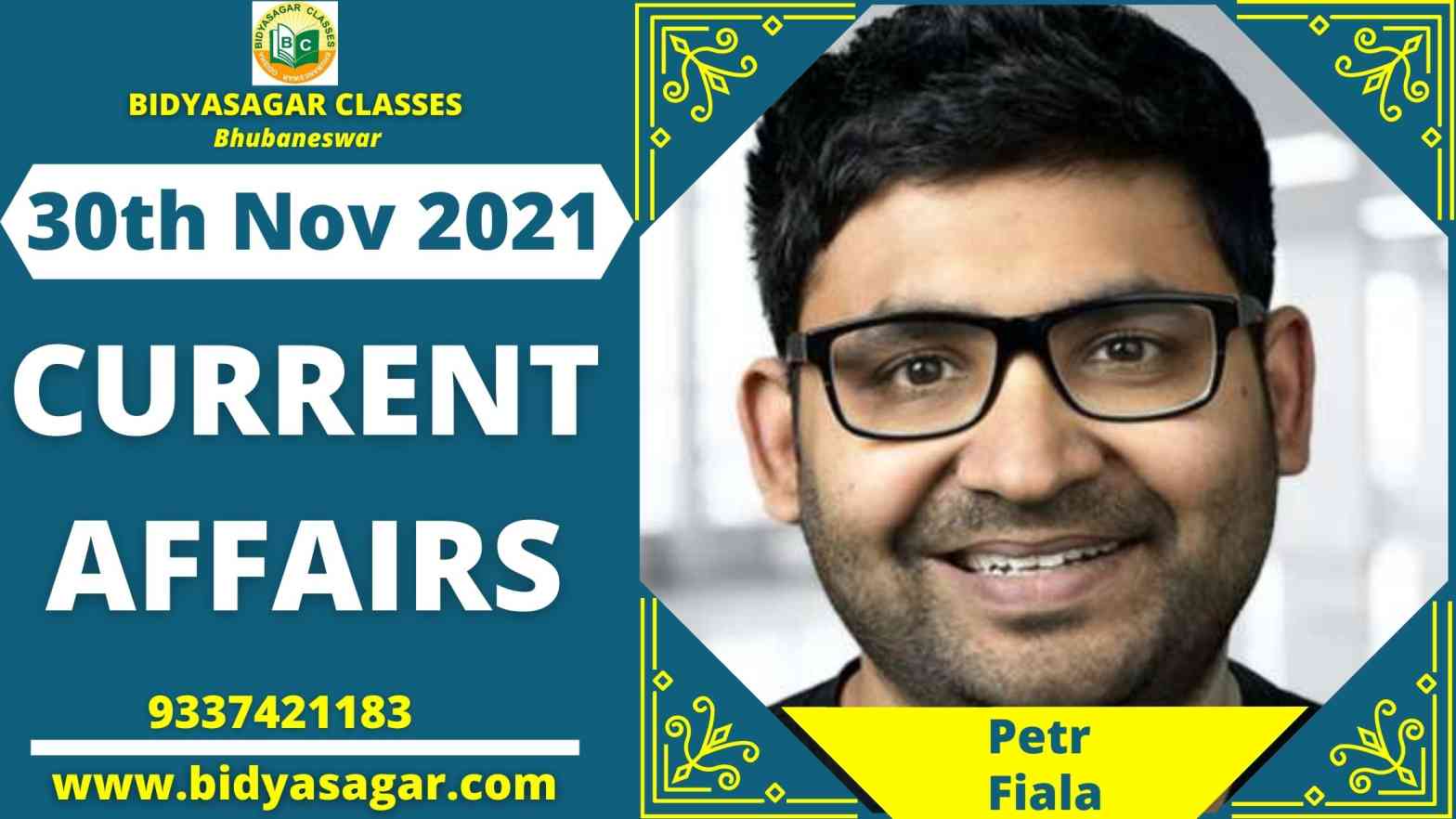 In this article, we will discuss all the important current affairs of 30th November 2021 in detail.

1. Varanasi will be the first Indian city to offer public ropeway transportation.

2. Meghalaya will host the Cherry Blossom Festival in 2021.

3. In Manipur, the world’s tallest railway bridge pier will be built.

4. Conclave between India, the Maldives, and Sri Lanka to improve maritime security

5. The RBI has given LIC permission to grow its stake in Kotak Mahindra Bank to 9.99 percent.

11. Parag Agrawal, a man of Indian ancestry, has been named the new CEO of Twitter.

13. Rajnish Kumar, the former chairman of the State Bank of India, has joined Hero MotoCorp as an independent director.

14. Vivek Johri, a 1985-batch Indian Revenue Service official, has been named chairman of the Central Board of Indirect Taxes and Customs (CBIC).

17. The ‘Startup India Grand Challenge 2021’ was won by a Kerala-based medical technology startup.

20. 30 November is the International Day of Remembrance for Chemical Warfare Victims.