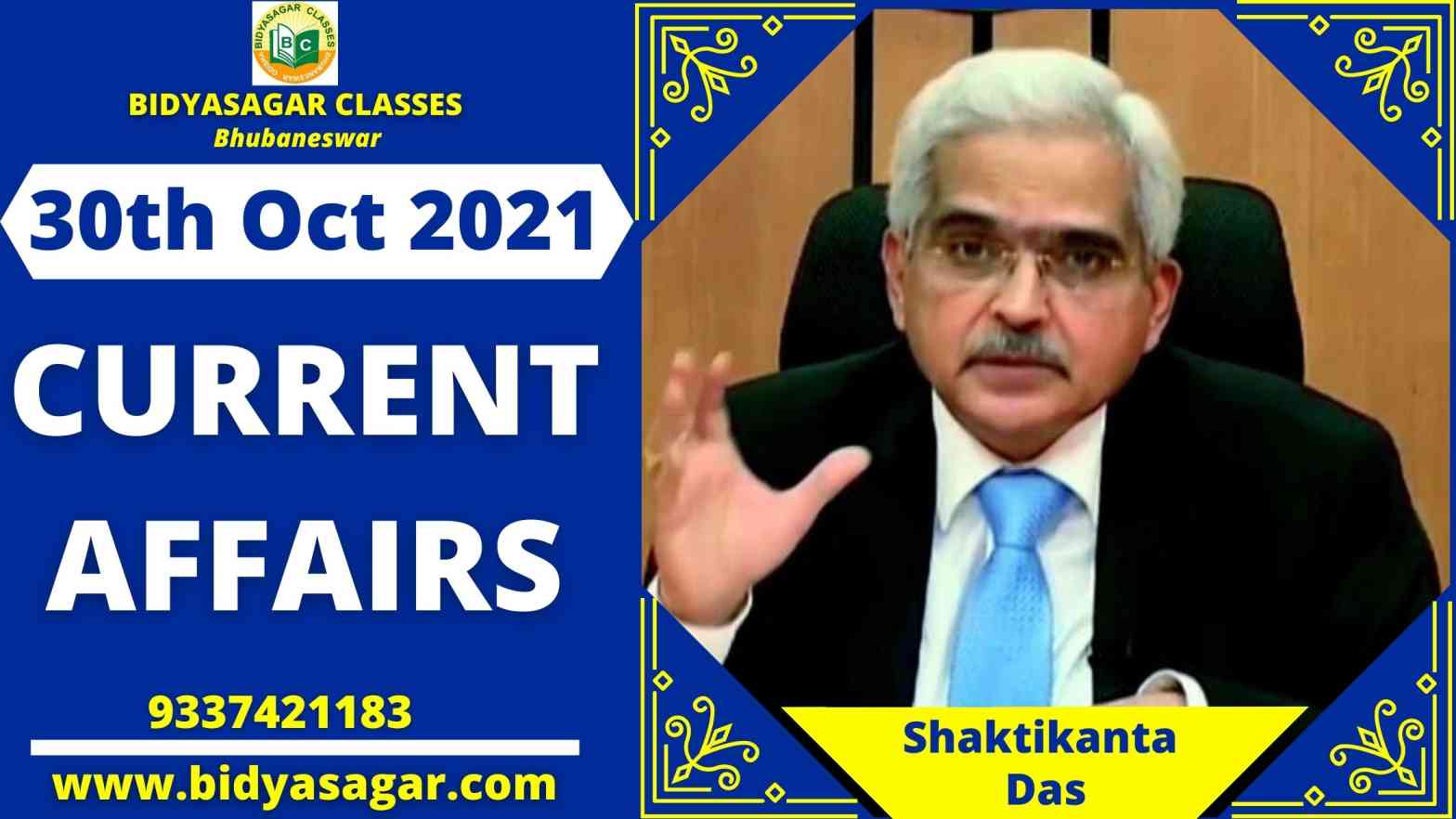 In this article, we will discuss all the important current affairs of 30th October 2021 in detail.

3. Maharashtra is the first state to establish a Wildlife Action Plan.

4. Karnataka has been ranked first in the State Energy Efficiency Index (SEEI) for 2020.

5. Narendra Singh Tomar, Union Agriculture Minister, speaks during the National Conference on the ‘International Year of Fruits and Vegetables.’

7. Facebook Inc. has undergone a rebranding. ‘Meta’ is the company’s name.

8. The amount of gold in the RBI’s foreign exchange reserves has increased by 11% to 744 tonnes.

9. PayU has launched the ‘PayU Token Hub’ to assist businesses in complying with RBI regulations.

10. Kotak Bank and NPCI have partnered to develop a RuPay credit card for the military forces.

12. The government has approved Shaktikanta Das’ reappointment as Governor of the Reserve Bank of India for a three-year term.

13. Subhash Khuntia has been appointed as a part-time Chairman of Jana SFB.

14. Ryan ten Doeschate, a Dutch all-rounder, has announced his retirement from international cricket.

17. Karnataka Bank is recognised for its HR policies.