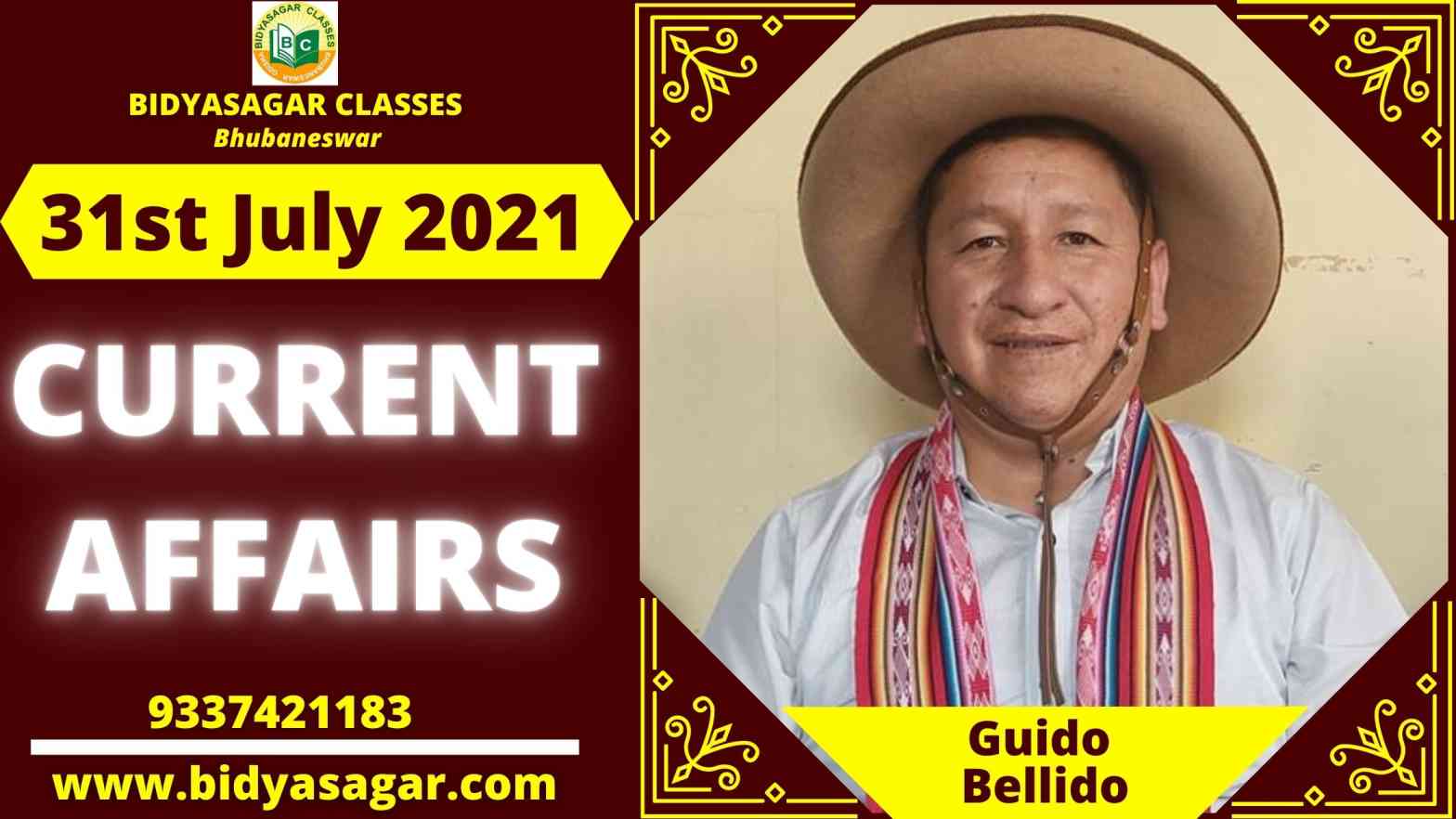 In this article, we will discuss all the important current affairs of 31st July 2021 in detail.

1. The government intends to establish a National Research Foundation.

4. Intel partners with the Ministry of Education and the CBSE to launch the ‘AI For All’ campaign.

7. The 12th INDRA NAVY EXERCISE was undertaken in the Baltic Sea between India and Russia.

8. In the Indian Ocean, the 36th edition of CORPAT between India and Indonesia begins.

9. FamPay and Visa have teamed up to develop India’s first Doodle card.

10. Yes Bank and Indiabulls Housing Finance have agreed to collaborate on financing.

12. The National Bank for Agriculture and Rural Development (NABARD) has approved Rs 446 crore for drinking water projects in Punjab.

13. Nasscom collaborates with the UK government and the UK India Business Council in the IT industry.

14. FTCCI signs a trade promotion agreement with the Afghanistan Chamber of Commerce.

15. Guido Bellido has been appointed as the new Prime Minister of Peru by President Pedro Castillo.

18. Asha Bhosle will get the Maharashtra Bhushan award.

19. Mike Hendrick, a former England pace bowler, has died at the age of 72.