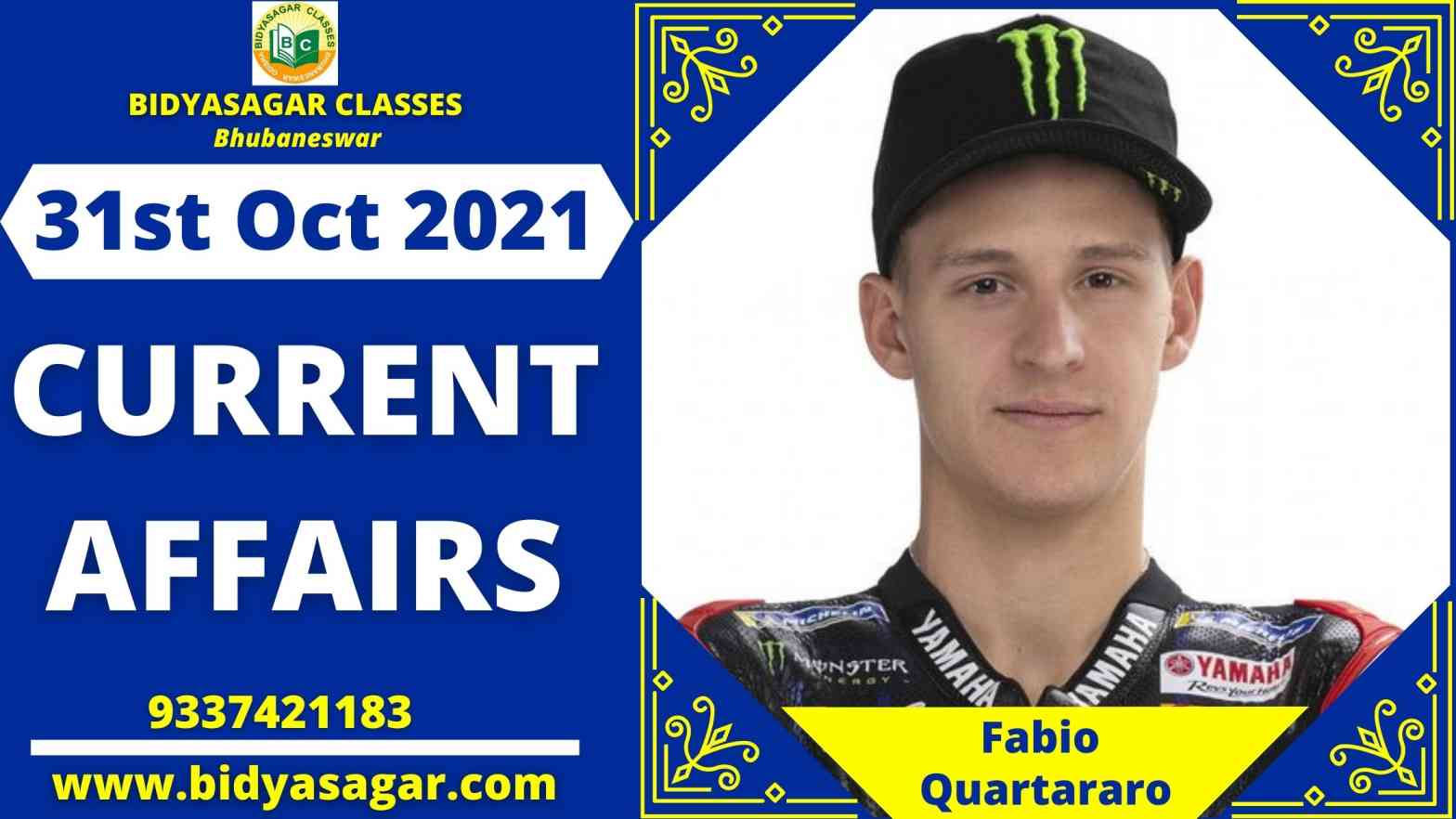 In this article, we will discuss all the important current affairs of 31st October 2021 in detail.

3. In collaboration with NALSA, the National Commission for Women launches a legal awareness programme for women.

4. The National Small Matchbox Manufacturers Association has raised the price of matchboxes from one rupee to two rupees.

6. India and Israel have agreed to establish a task team to seek new areas for defence cooperation.

7. According to the World Bank, the most human capital has been lost in South Asia as a result of air pollution.

8. According to a finance ministry official, bank accounts under the Pradhan Mantri Jan Dhan Yojna (PMJDY) have expanded to 44 crore in over 7 years, and will continue to do so till October 2021.

12. Fabio Quartararo will be the MotoGP World Champion in 2021.

13. M Krishnan Nair, a Padma Shri awardee and renowned oncologist, died at the age of 81.