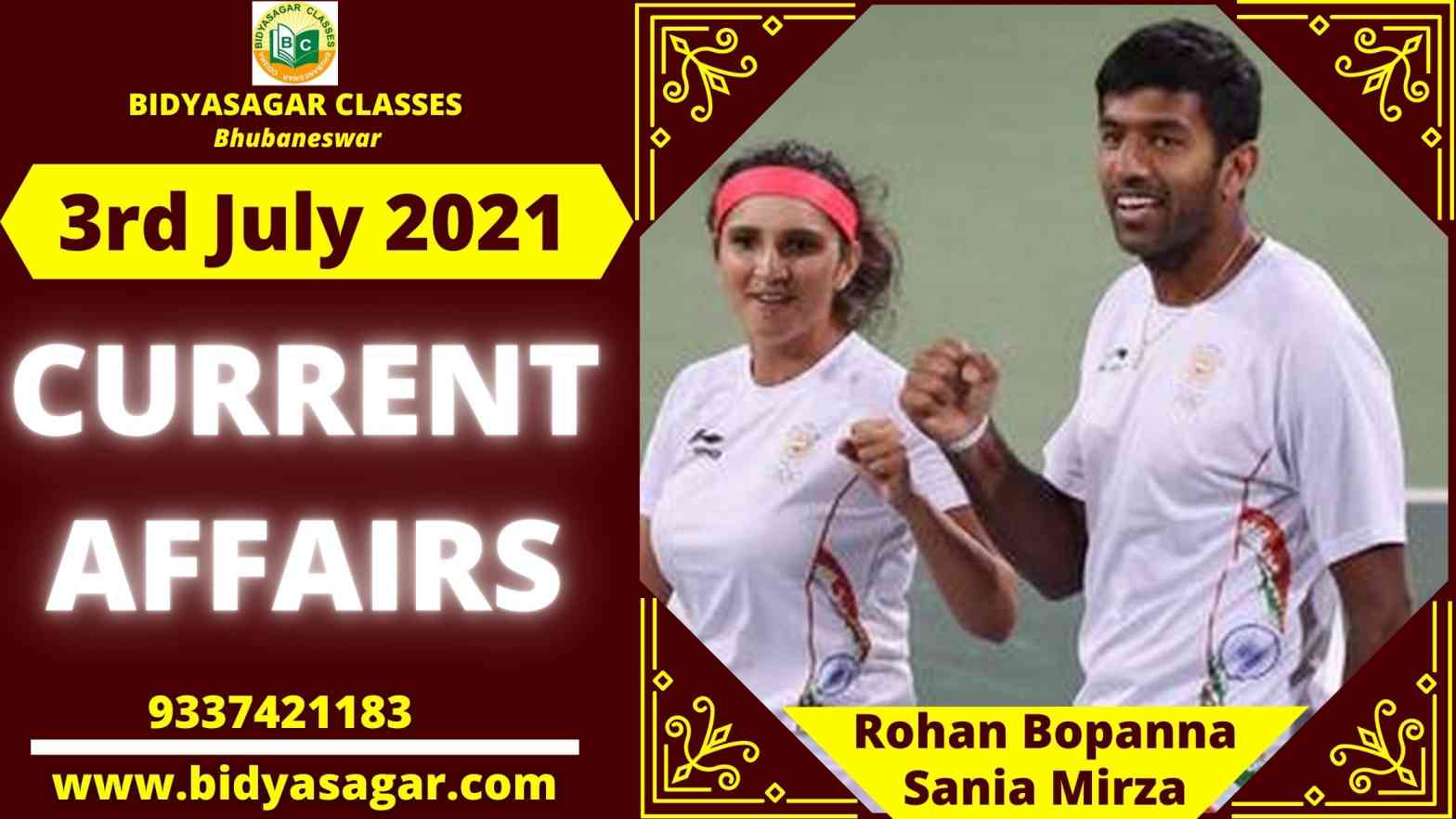 In this article, we will discuss all the important current affairs of 3rd July 2021 in detail.

3. The construction of units 5 and 6 of the Kudankulam N-plant has begun with the assistance of Russia’s Rosatom.

4. The CM has launched the ‘Jan Sahayak-Aapka Sahayak’ app, which is a scheme to give ULB property owners ownership.

6. The number of international migrant workers has risen to 169 million, according to the International Labour Organization.

7. The World Health Organization (WHO) has released the first worldwide report on artificial intelligence (AI) in health, along with six design and use principles.

8. The 7th Indian Ocean Naval Symposium in La Reunion has come to an end.

11. The World Bank has approved a USD 500 million loan to help India’s informal working class cope with the pandemic.

12. Bharat Electronics Ltd and the Indian Navy have agreed to collaborate on developing upcoming technologies.

13. AJNIFM and Microsoft have teamed up to create a Centre of Excellence for AI and Emerging Technologies.

14. Sumit Malik, an Indian wrestler, was given a two-year suspension.

16. Students from Delhi have won the Diana Award for their efforts during the pandemic.

17. Formerly known as India Prasannan, a footballer, has died.

19. The date for the 2021 International Cooperative Day is July 3rd.