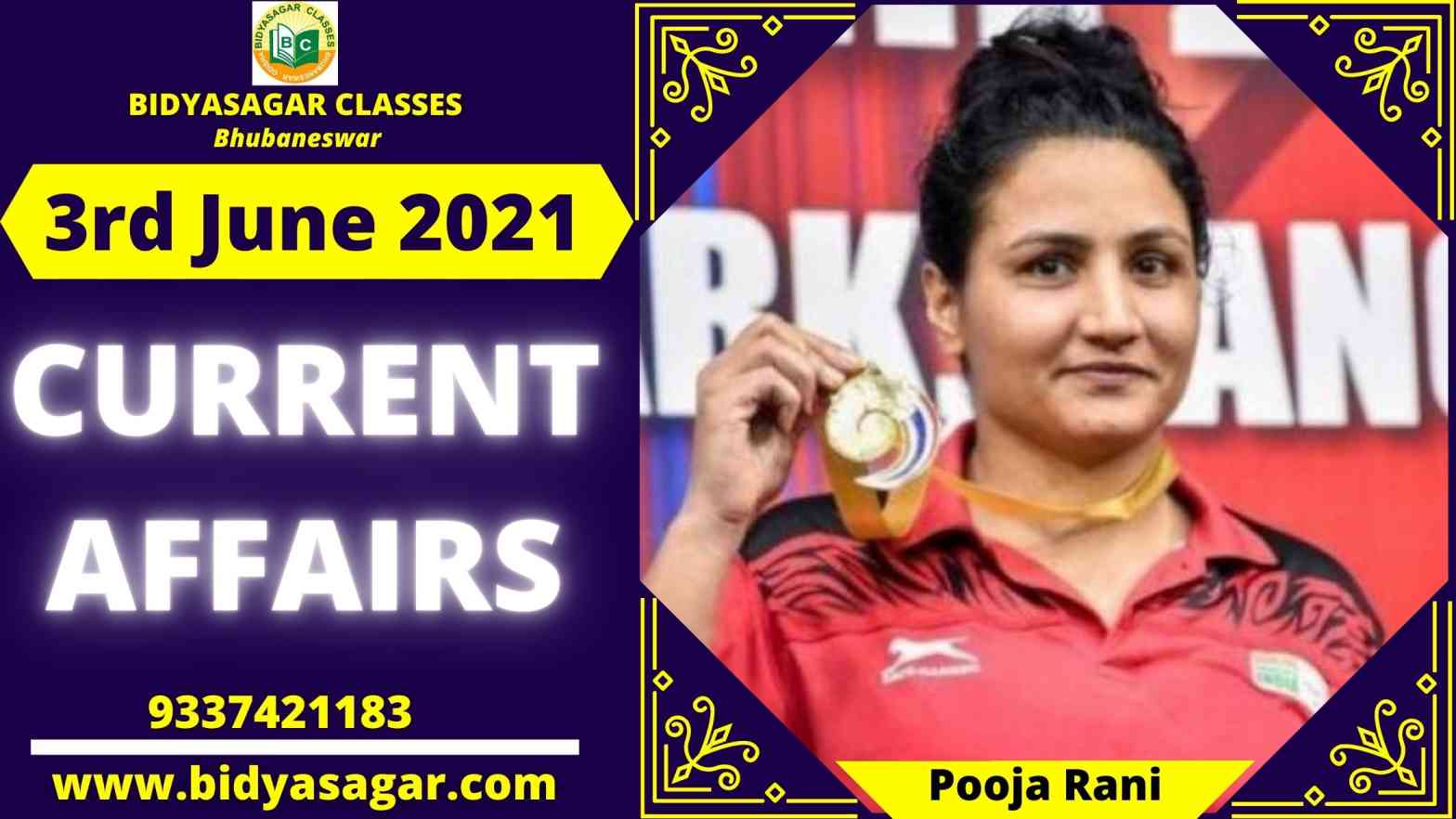 1. In nine nations, one-stop centres would give legal and medical assistance to Indian women

2. Under the new ‘Udaan’ initiative, Punjab will offer free sanitary pads to the poor.

3. Kerala has launched a new Smart Kitchen Scheme, which is expected to be completed by July.

4. The Goa government has started a solar-powered electrification campaign for rural households.

5. Solution based on artificial intelligence XraySetu is a WhatsApp app that detects covid in rural populations.

7. FPI investment limitations in G-secs and SDLs have been announced by the RBI.

8. Byju’s and Google Have Joined Forces to Provide a ‘Learning Solution’ for Schools

10. Nagraj Adiga of India was elected to the IAU Council as the Asian representative.

12. Paresh B Lal has been appointed as the India Grievance Officer by WhatsApp.

13. Justice Arun Mishra, a former Supreme Court judge, has been appointed as the new Chairperson of the National Human Rights Commission.

15. Pooja Rani takes gold in the 75kg final for the second time at the Asian Boxing Championships.

17. Supriya Paul’s book “All You Need is Josh: Inspiring Stories of Courage and Conviction in 21st Century India”

18. The only surviving member of the Constituent Assembly, T.M. Kaliannan, has died.