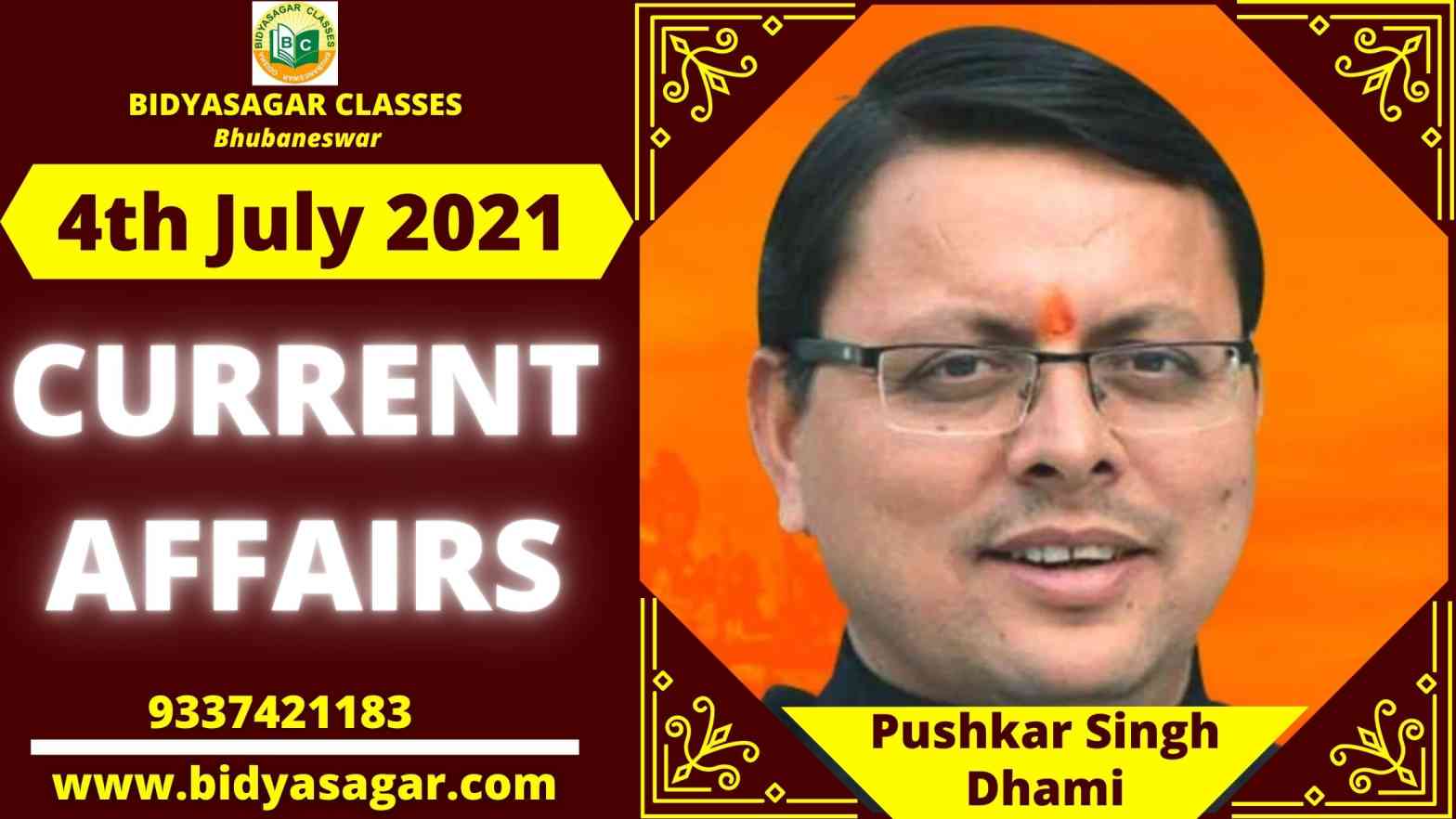 In this article, we will discuss all the important current affairs of 4th July 2021 in detail.

1. According to the International Energy Agency, India will add 26 GW of hydropower projects by 2030.

2. According to an RBI report, gross nonperforming assets (NPAs) in banks could reach 9.8% by March 2022.

5. The Reserve Bank of India has extended the interest subsidy plan for exporters through September.

6. In order to assist MSME exporters in India, FIEO has partnered with Aramex.

7. GIFT City and BRTSIF have teamed up to accelerate fintech innovation.

9. In the FIH standings, India’s men and women are ranked fourth and tenth, respectively.