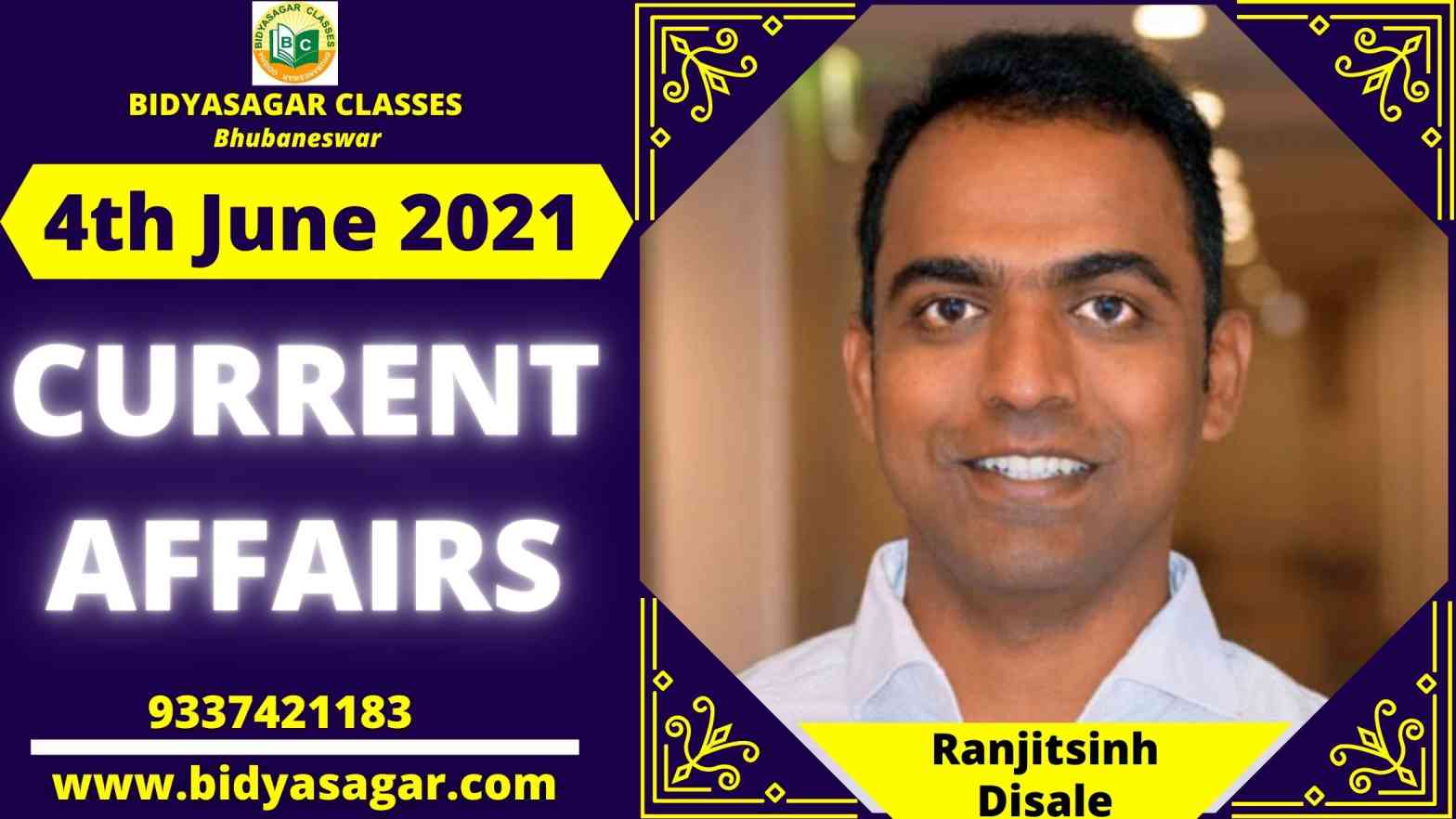 In this article, we will discuss all the important current affairs of 4th June 2021 in detail.

1. To deal with Covid-19 issues, the government reorganizes six empowered groups into ten.

3. The Cabinet has approved a Memorandum of Understanding between India and Japan in the field of sustainable urban development.

4. The Karnataka High Court will continue hearings in the case of five independent MLAs.

7. In Oxford, the United Kingdom hosted a two-day summit of G7 health ministers.

8. The United Nations (UN) has established a “One Health” expert council to advise on the hazards of animal disease.

10. Unsecured loans of up to 5 lakh would be available from public sector banks for Covid treatment.

11. The Asian Development Bank (ADB) has signed a $2.5 million loan agreement with the government of Sikkim to upgrade the state’s road infrastructure.

12. At the GST Council meeting, the Finance Minister introduces a ‘Amnesty Scheme’ for small taxpayers, which allows them to file returns with a lower late charge.

13. The Defense Ministry has agreed to buy 11 airport surveillance radars from Mahindra Telephonics.

14. Ranjitsinh Disale has been appointed as a World Bank Advisor.

15. India’s first reactor will be built on the PPP model, according to the Department of Atomic Energy.

17. The book “Stargazing” by cricket veteran Ravi Shastri will be released this year.